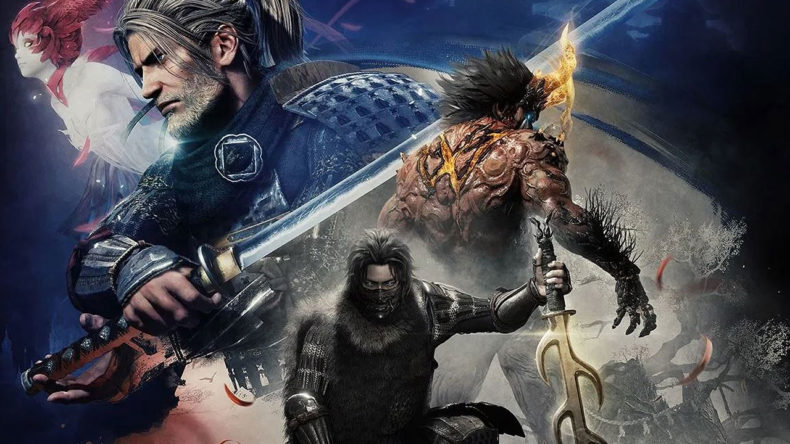 Nioh 2 was one of my favourite games of 2020, and held on to a spot in my personal top ten until the very end of the year. Its mix of brutal combat and sprawling exploration had me hooked from the start, and playing on a PS4 Pro I was already enjoying its action at 60 fps, even if it did make me turn the air bluer than my boyhood anime collection.

I spent scores of hours in it, resolutely refusing to watch people on YouTube beat the bosses with no armour and no damage while I slogged through each encounter for a length of time roughly equal to a full day’s work. Despite being a fan of “masocore” titles (as much as I loathe that label), it was to my surprise that gradually got gud and was able to face the tougher challenges it threw at me.

The original Nioh I remember faring less well in. Partly because I played it on the base PS4 and it didn’t run as smoothly nor look as pretty, and partly because something about it felt almost mean-spirited at the time. I don’t remember how far I got through it before it finally got the better of me and I used its disc as a shiny little frisbee, but it was past half-way. 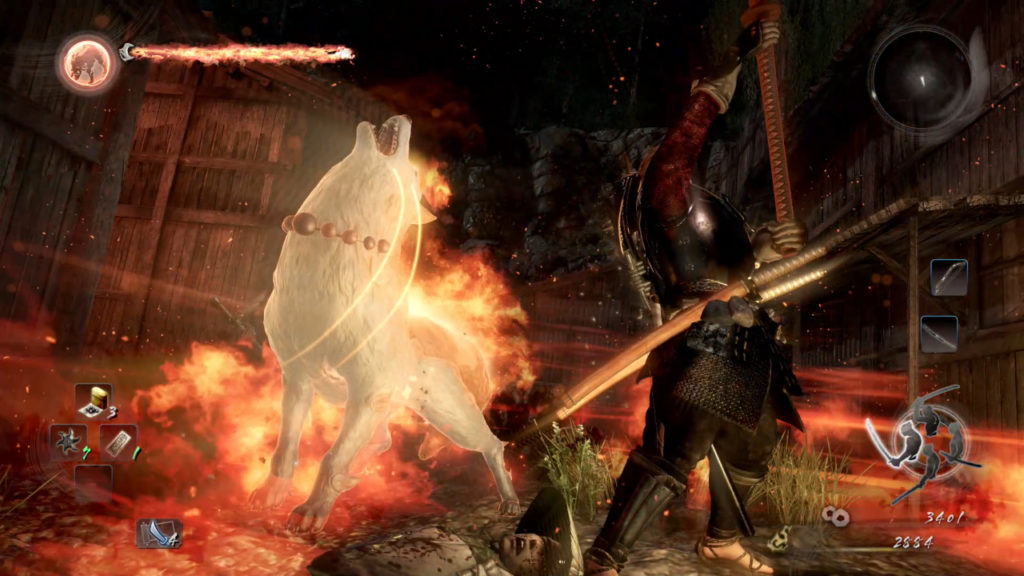 Installing both titles side by side on the PS5 in the Nioh Collection, I was immediately impressed by how well both games run – but Nioh 1 in particular. Unable to experience the sequel in its full 120fps glory, it’s running no differently than it did on the PS4 Pro, though it does boast an improved resolution and lightning-fast load times. The first game though feels much smoother and looks noticeably sharper, and Team Ninja have brought it much closer to its successor in terms of aesthetics.

Sadly, that’s all they’ve really done, and while it might be churlish to complain about 2 full games of this quality shipping together, bundled with half-a-dozen hefty DLC expansions, more could and maybe should have been done to improve the core experience of the first game. Indeed, playing them side-by-side as I have been reveals a host of quality-of-life improvements in Nioh 2 that now feel lacking in the first game, perhaps unfairly. There are fewer weapons to choose from, for a start, especially as Nioh 2 Remastered adds the new Split Staff and Fist weapons from the beginning, giving you even more options.

Likewise Nioh 1 doesn’t have things like Yokai transformations or the Burst Counter, which is a bitch to get used to once you’ve mastered using it in the sequel. Juxtaposed in such away, the sequel makes the first game’s story seem positively bland, with the adventures of chiseled Irishman William paling next to the grand, epic tale of the sequel’s player-built Hide. That said, it’s an unfair complaint to lay against what is still an incredibly enjoyable and challenging game. 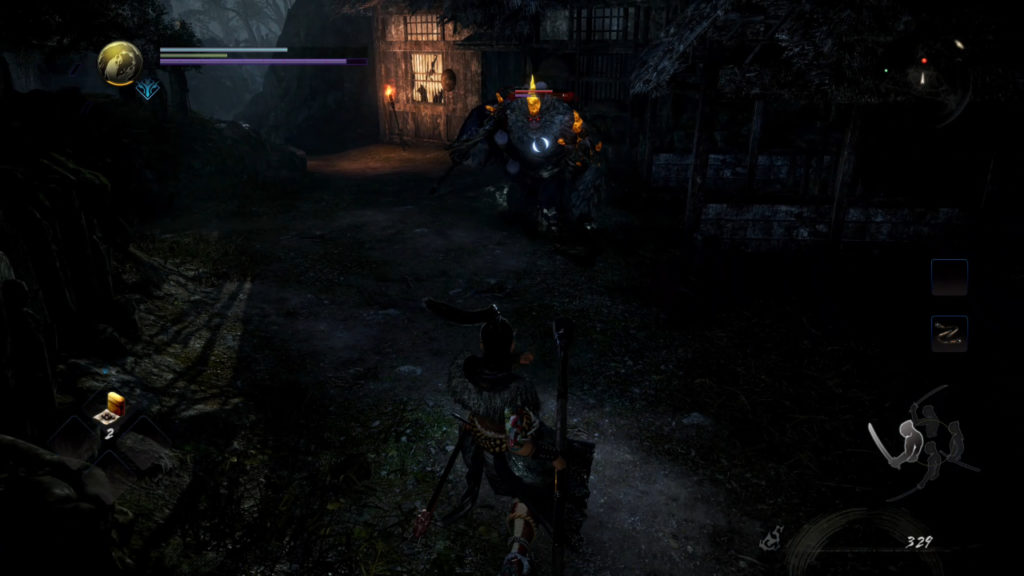 In fact, the gameplay is the main draw in both titles and none of the aforementioned issues can detract from that. Combat is unforgiving and brutal, forcing you to approach every enemy cautiously, feeling out weaknesses and drops in their guard. The abundance of different weapons, mountains of loot, and variety of Onmyo (magic) and Jutsu (utilities) gives you a massive amount of build diversity, making each of the epic boss fights feel like personal triumphs to overcome. It’s not just about timing your counters and dodges, but about preparing adequately before each fight and using every available trick and technique to succeed.

I’ve never found the online element of either game to be particularly robust or busy, and often my attempts to call for help from real players fall on deaf servers, leading me to summon the AI ghosts of players if for no other reason than to put a squishy meat shield between me and the boss for a few minutes.

The load times are truly excellent for both games, which makes repeated runs back to the boss (an element that neither Nioh uses as much of a punishment) that much quicker, resulting in less frustration overall. The fact that death is treated more of an inconvenience and opportunity to practice and hone your skills than a real burden is part of what makes both games so enjoyable to rage against. 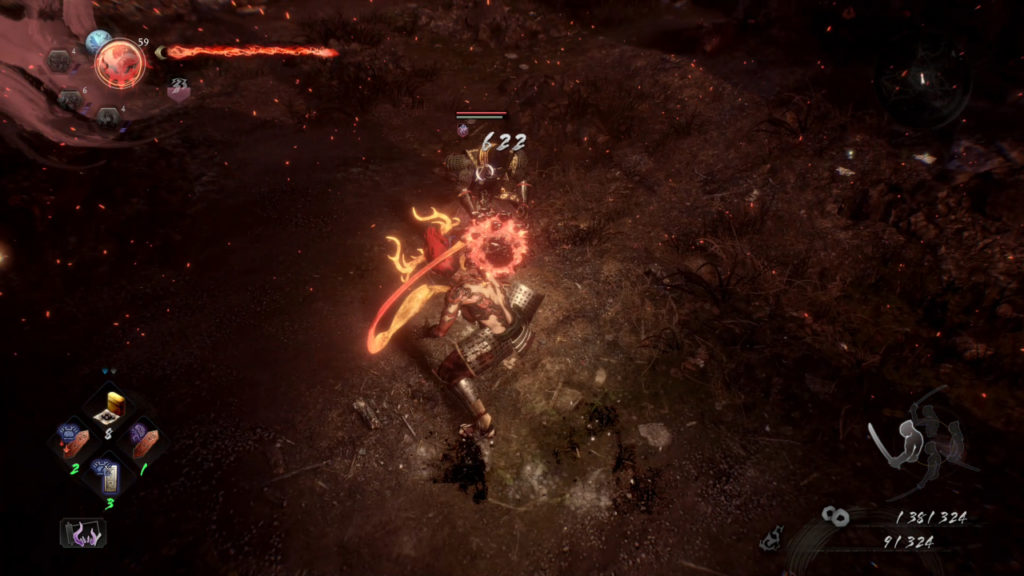 One thing that feels like a massive improvement for both remasters is the incorporation of the DualSense element. Every blow ripples through your hands, each swoosh of magic, the rumble of your rifle, the pull and release of the bow. It adds weigh to the grunt fights and gravitas to the boss encounters, and elevates both games beyond their base experiences.

Ultimately, the Nioh Collection is a fantastic package, but it’s not a cheap one. Had Nioh Remastered been bundled with the sequel for a lower price it would have felt a little fairer, but £65 is a lot to ask for a very slightly-improved version of a year-old game and a smoother version of its predecessor. That said, the six DLC offerings baked into the crust do a great deal to balance out that value.

If you previously rinsed everything in Nioh 2 on PS4, there may not be enough here to pull you back in unless you really want to try the first game with its improvements. It looks and runs much better, and the package as a whole is an amazing experience for those who crave a massive, steep, yet incredibly rewarding RPG challenge.

The Nioh Collection as a whole is an amazing experience for those who crave a massive, steep, yet incredibly rewarding RPG challenge.