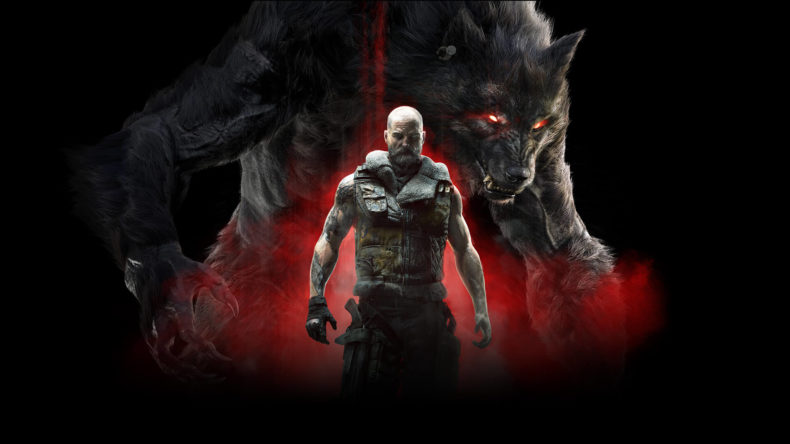 At a certain point, you’d think that even the most blindly evil megacorporation intent on increasing profit margins through world domination and wanton destruction would look up from gleefully drowning puppies to pay at least some attention to the fact that something had broken into their facilities and murdered somewhere in the region of 500 employees in a single afternoon. That sort of thing should at worst show up on a spreadsheet during a weekly Evil Productivity Meeting.

Luckily for the heroes of Werewolf: The Apocalypse – Earthblood, token evil corporation Endron spend more time worrying about whether or not there are enough custard creams in the break room than the fact that half their workforce has recently been used as a new form of rather lumpy paint by a pack of werewolves, and just carry on regardless. 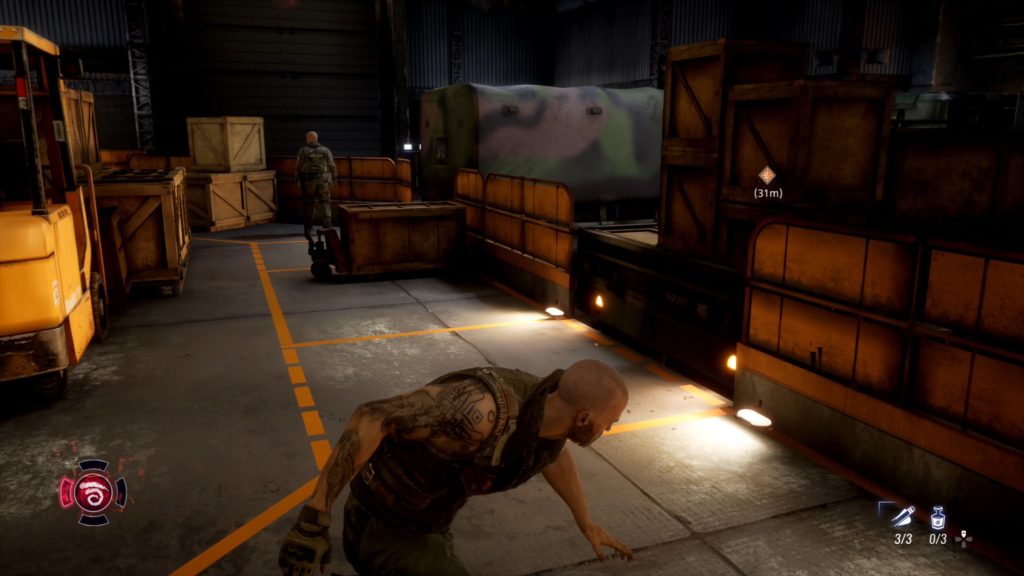 Far be it from me to use terms like “ludo-narrative dissonance” when discussing a game as puddle deep as Werewolf, but it feels a relevant complaint. This game wants you to use stealth, and takes pains in the story to act as though you’ve been using stealth, for example having you repeatedly break into labs or, at one point, break out of prison without raising too much suspicion or instigating a retaliatory attack on your pack, when in actuality there’s no penalty for just wolfing-out in every single room and mixing up everyone’s vital organs in a macabre version of the car-keys-in-a-punch-bowl game.

Even weirder is the fact that in Werewolf, blaring alarms only seem to be audible in the room you’re in, and so you can turn into a 9-foot wolfman, eviscerate a couple of football teams’ worth of generic soldiers to the tune of a screaming siren, and then sneak into the very next room where no one has even looked up or acknowledged the wanton slaughter a few feet away. And then do it again.

In fact, this is what Werewolf is and it is all that Werewolf is. You, as clumsily named and oddly-mustachioed protagonist Cahal Filin, must infiltrate a number of identical facilities owned by Endron in an effort to defend Gaia (Earth) from the ravages of the Wyrm, a kind of vaguely-defined, fleshy evil force that makes humans unwittingly chop down trees and poison the atmosphere in order to weaken the Wyld, which is Gaia’s primary faction. There’s a third faction called the Weave, but I lost the relevance of its place in this universe. 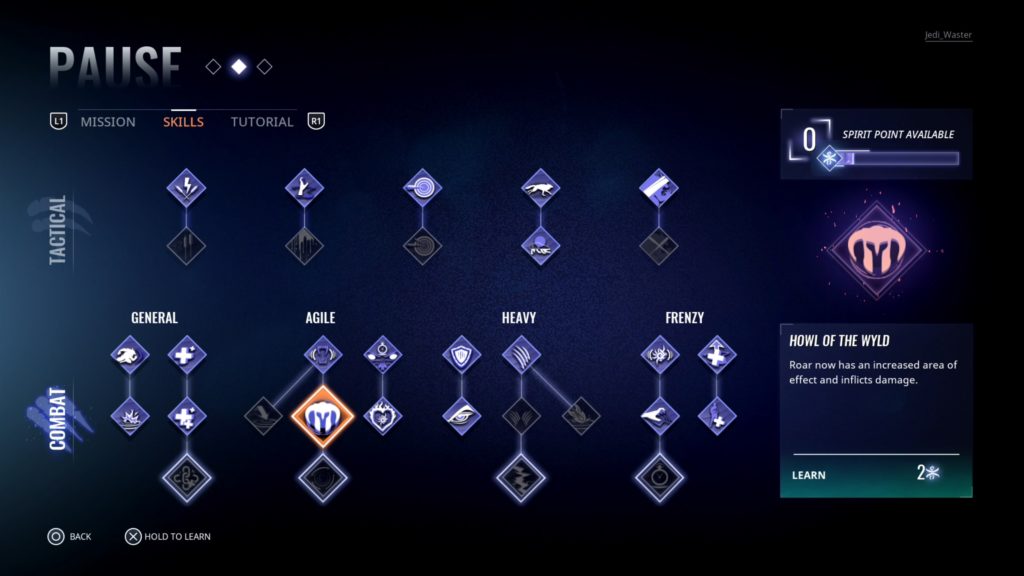 I should point out that this game is based on a pretty successful pen and paper RPG and so will have a certain amount of pre-made fans ready to defend it, but I can’t help but feel that even die-hard fans of this universe will be sorely disappointed by what is a painfully generic third-person adventure. And it really is that generic, too. Cahal is incredibly dull, and has almost no actual development throughout.

He starts the game as a badass werewolf with a wife and daughter, the first of whom is cruelly taken from him in the opening mission and the second of whom is mad at him for approximately two-thirds of the next mission. And despite a five-year time jump between the prologue and this first mission, he doesn’t even change his clothes. There are some arbitrary skills you unlock by earning XP, crucially not from greasing countless squishy humans but rather from completing objectives and sniffing flowers (honestly, this is a thing). The skill tree does add some useful abilities relating to Cahal’s three primary mechanics, the first being a crossbow he can only carry three bolts for and which can be used to take out security cameras or human ear canals with equal efficacy, his wolf form wherein he transforms into the bestest boi and can run fast and infiltrate air vents that only ever lead to exactly where he needs to go, and his Crinos form, which exists purely to messily extract organs from human beings. 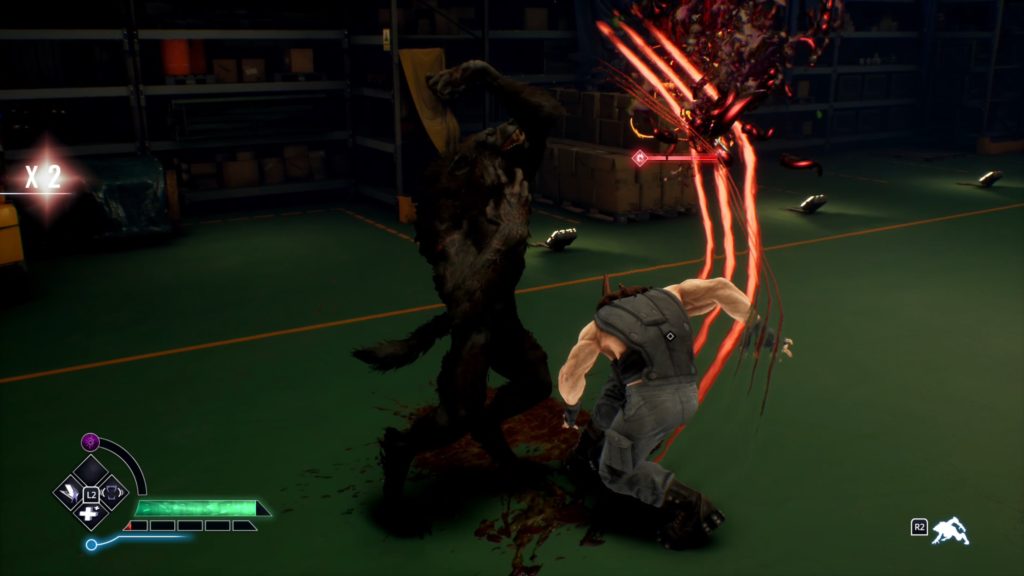 All combat, no matter the context, results in Cahal assuming his Crinos form and going fucking ham on everything in sight. Some enemies have silver bullets that reduce health for the duration of the fight, some can throw grenades, others have shotguns. Some enemies come at you in giant mechs that look like the power loader from Aliens. Luckily you’ve got two modes in Crinos form, Heavy and Agile, each with a couple of moves such as Roar and Leap. As you build Fury you’ll eventually be able to Enrage, becoming super powerful and almost indestructible for a period of time. At this point, straight button mashing until Cahal transforms back into a person with not a spec of blood or lower intestine on him is about the best strategy. Quite irritatingly he almost always crouch-walks everywhere, allowing you to move undetected until such time as you’re spotted or get bored and decide to obliterate everyone.

And that’s pretty much all there is to Werewolf: The Apocalypse – Earthblood. There are cutscenes with boring characters that come and go, a laughable enemy nicknamed Tank Girl who literally fights you in a giant mech while wearing a thin vest that couldn’t stop a breeze, and a lot of lofty guff about how humans-bad nature-good and humanity were the real monsters all along. Which they are in the final third when all the enemies you kill mutate into giant tongue monsters, because evil corporations in games think it’s a good idea to forego risk assessment protocol and just inject their entire workforce with violent mutagens to see what happens.

But I won’t say some of Werewolf isn’t kind of fun. It’s mostly inoffensive nonsense and the combat can be quite empowering as you mow through rooms full of faceless goons, but by the second half of the game, I’d stopped even trying to stealth anywhere and just went straight into any room with my werewolf already out and swinging for all to see. It’s a game that pretends to care about the story but then uses PS3-era animation for its in-engine cutscenes and condenses the protagonist getting arrested and imprisoned, befriending the prison top dog, breaking into the Warden’s office, freeing a VIP, and then escaping, into half an hour of gameplay that follows the exact same principles of sneak through the vent, hit contextual action button, murder everything in sight, sneak back through the vent as the rest of the game.

Playing on PS5 the saving grace is that the cutscenes are super fast, and so the action rattles on at a fair pace and never gets stagnant, just tedious. Identical enemies with zero AI, identical environments with zero artistic flair, and an awful lot of large areas with nothing worth finding in them add up to a C-tier experience that’s unlikely to stick in anyone’s memory for long. For a vastly superior experience, you’re better off firing up a PS3 and playing Prototype again instead.

Combat can be cathartic
Loads quickly

Werewolf: The Apocalypse - Earthblood has potential, but is little more than a C-tier experience that's unlikely to stick in anyone's memory for long.