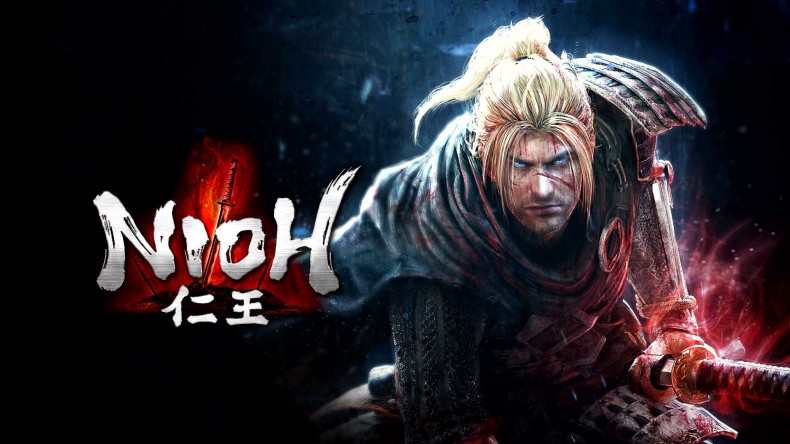 Playing Nioh brought out a wide range of reactions in me – passive aggressive jibes as I fall off yet another cliff thanks to those fucking bats, full on shouting at the big bastard with the boulders for hands as he clobbers me in the jaw, or quietly seething as that damn guard shanks me from behind as I line up a shot with my bow and arrow. But through all that drama, anger, frustration and hate I have for those moments, all is forgiven when beating one of Nioh’s bosses, and having what can only be described as an orgasm of joy and relief.

Set during the 1600s, in a dark and twisted version of the Sengoku Period, you’re William Adams – a samurai from the west. Whilst in the midst of a Japanese War, demons known as the Yokai begin to appear and kill anything and everything in their way. Nioh is devastatingly tough, but phenomenally rewarding. There’s a surprising amount of combat options and upgrades which give you plenty to think about when approaching an area or a boss. You have a light attack and a strong attack, and you can alternate these to pull off combos, along with incorporating blocks and dodges for ultimate effect. By pressing Triangle on a downed opponent, you’ll initiate a powerful blow that can take out a significant amount of their health. It’s not just a case of continuous button-bashing either, as moves can be upgraded and learned. You have three different stances to use when fighting: low, mid, and high, and each can adopt new moves, such as using Ki energy (stamina, basically) to power a sword strike. These stances also have different abilities when dodging and attacking; a low stance will deliver weaker strikes, but quicker dodging, and a high stance will hit harder, but move slower. You gain three different types of skill points in Nioh, and using these help to learn new moves, and also help to master new weaponry and magic. Samurai points can be used for new attacks, Ninja points can get you Shurikens and other ninja specifics, and Onmyo points let you ready and prepare talismans. Titles are another way to get you some perks and abilities; by earning prestige points (Agyo and Ungyo) through combat, you can earn increases to toughness, chance of finding gold, and building up your Onmyo power.

Weapons are an extension of you, and at the beginning of the game you get to choose which you’d rather master, picking between swords, dual swords, axes, spears, and kusarigama. Throughout Nioh, you’ll find many different varieties, and using the same ones garners familiarity. The better you know your weapon, the more its attributes rise; along with a host of cool weapons. Guardian spirits can be called into battle, and even though you get to choose which one at the start you run with, these can be changed later on. I went with Kato, a wolf that harnesses the power of fire and as long as you level up correctly, these spirits can be devastating. After building up the spirit meter, and by pressing Triangle and Circle together, you’ll unleash a burst of that element and use your spirit’s power to attack the Yokai. Death in Nioh is a constant – it’ll happen a lot, and you’re going to suffer agonising loss of your guardian spirit, loss of your progress, and most importantly, loss of your amrita. This is your currency, and when you die, all of that Amrita will stay wherever you were slain. You’ll return to the last shrine you visited and dying before you manage to return to your grave will result on losing everything, without the hope of getting all those hard-earned Amrita back. It’s painfully frustrating, and being slightly arrogant in combat can cost you the winning blow, giving it to your enemy instead. Nioh trains you to be a better fighter, and if you fail it’s normally your fault. Watch for patterns in your enemies, expose their weakness, and never rush an attack. Each battle – whether a boss or an Onryoki (a horned devil/rancour hybrid), is like a dance, and learning the moves will get you a ten from Len.

Shrines are places throughout the game where you can save, among other stuff. They are seldom found, but stumbling upon one is such a glorious achievement: you know there’s sanctuary, no matter how much you’ve suffered. If you choose to use one, all slain enemies will return to life, so be warned. You can level up there by using the Amrita you’ve collected, attributing them to categories like strength and stamina. Shrines also allow you to make offerings in return for Amrita and other goodies like elixirs (heal items) and you can also receive blessings from Kodomo (a weird frog-like dude) that give temporary buffs.

The ability to summon is also available at the shrines, and similar to Dark Souls or Bloodborne, having a friend in battle can be the difference between success and failure. Summoning can take some time, however, as you’re going to need to find an Ochoko Cup; these can be found on fallen enemies, and you may find you have to slay well over ten to find just one. Once it’s been used, you’ll then have to find another one, but summoning a friend or stranger makes everything a lot easier, especially boss fights. One of Nioh’s coolest features is the revenants. These are scattered throughout the levels and are graves of real players and NPCs. When you approach one, it’ll give you the level they were when they died, and what you’re likely to receive if you bring it back from the dead, and then kill it again. You could stumble across a stranger’s grave and fight them as they were when they died; it won’t be you fighting the actual stranger, but it’s a great feature and can get you some decent gear.

Certain elements of the game may sound very familiar to other series by certain Japanese developers, but Nioh not only takes the best of what has come before – it makes it better. Managing your Ki and your health, juggling all of your attacks, magic, and weaponry, and trying not to get killed for the millionth time is a thrill, full of genuinely incredible moments.

Playing Nioh has taken a lot out of me, and I’m certain I struggled less in Dark Souls and Bloodborne. Some of the bosses are insanely difficult, and their patterns aren’t always readable. Certain attacks will wipe you out instantly, but eventually you’ll learn what the correct routes to victory are. There is no doubt you’ll die relentlessly, but you’ll also feel rewarded for all of the hard work you’ll put in, and believe me, you’ll put in a lot.