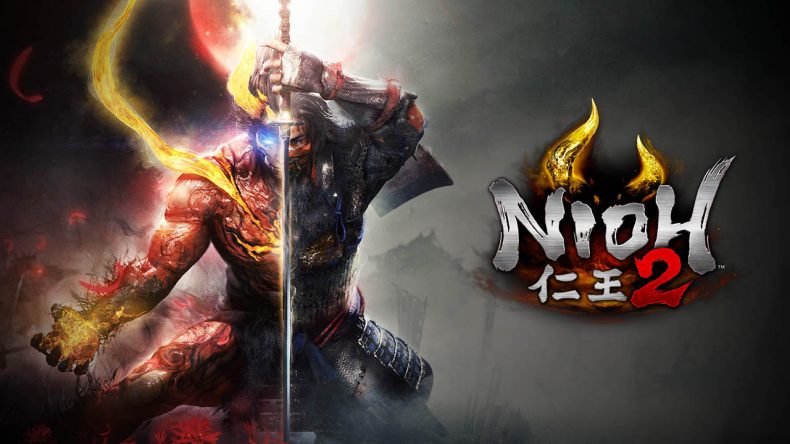 Twelve years before Nioh 2 was even a twinkle in their eye, Team Ninja released what was, at the time, one of the most challenging games I’d ever played. You can keep your Battletoads and Super Ghouls N Ghosts, Ninja Gaiden II was everything. It wasn’t an arcade game that required perfect memory and timing to beat, but rather demanded creativity and reflex, and that you learn how protagonist Ryu Hayabusa moved, the weight and heft and speed of each attack and weapon. It was a different kind of challenge for me, when at the time I was wasting my days speedrunning first person shooters or going through Oblivion for the 19th time.

Fast forward to 2017’s Nioh, as much an evolution of Ninja Gaiden II as any thing else and a way more worthy successor than the disappointing Ninja Gaiden 3. Mixing Ryu’s fast, devastating moves with an array of weapons, tools, and magic to slay humans, demons and everything in between, it stood out among its contemporaries by proving that arcade-style combat could still offer a worthy challenge. Three years on and Team Ninja have evolved their formula even further with Nioh 2, adding more systems, depth and complexity to what was already a hardcore experience. Including a comprehensive character creator upset some fans who had hoped for the return of protagonist William Adams, but it makes a great deal of sense given Nioh 2’s focus on build diversity and player choice. The first game had some impressive options, but in the sequel it feels like Team Ninja have gone all-out.

First, the basics. Ground level combat against human enemies or demonic Yokai initially feels the same, although with some additional elements. For instance, the Ki-Pulse is still an essential technique for removing Yokai pools and restoring your Ki (which acts the same as stamina in most other action games), and there’s a focus on using three different stances, High, Mid and Low, to control the flow of encounters, but now even the lowliest enemies come with at least one unblockable move signified by a red burst of Ki. You’ll need to master the Burst Counter move to overcome it, and this one technique will become the most essential tool in your arsenal. There are 10 weapon choices in Nioh 2, including the trusty katana, dual hatchets, spear, axe, your bare hands (this is entirely viable, too) or the new Switchglaive, essentially a huge scythe that wouldn’t be out of place in Monster Hunter World, which can be folded for swifter attacks. Each weapon has its own skill tree of special moves, buffs and techniques that you unlock with points earned simply by using it in the field. Each weapon has a different speed, lethal range, weight and skill-set, and even dual weapons like the tonfa feel entirely different to dual-wielding swords or hatchets. As you can equip two melee and two ranged weapons (bows, rifles and powerful handcannons) you’ll always have the option to switch even mid-fight, but then you might simply opt to carry two types of the same weapon as Yokai weapons and Blessed weapons deal higher damage to humans and demons, respectively.

Because your protagonist is part-Yokai, you can call on Spirit Guardians to help you fight. You’ll unlock these ethereal beings as you progress through the story. They imbue you with various powers and gifts, and can be summoned during a Yokai Shift to fill you with powerful energy for a limited time. They come in three forms, Brute, Feral and Phantom, and these forms determine the manner and effect of your Burst Counter and how you fight during the Shift. By the midway point you’ll be able to equip two Guardians and switch between them, giving you even greater diversity in your character build. Nioh 2 is incredibly dense, to the extent that going in with little or no prior knowledge of the series is hugely daunting. There’s a brief tutorial before you’re dropped in the deep end and told to swim, and then you’re more or less on your own. Tooltips help a little at first, but I still had to refresh my memory of existing systems and read up in-game on the new ones a few times to get my bearings. And I spent a lot of time in the training Dojo just getting a feel for the weapons and moves. It hurls terms and phrases at you like Ki, Anima, Amrita, Kodama, and Yokai, and the uninitiated will almost certainly struggle to keep up at times, and by the time you reach the first boss – which comes very early on – you’ll probably feel overwhelmed. Veterans of the first game will have an easier journey, but it’s still no nature walk. Bear with it though, and when it all clicks you’ll find that the complexity is essential to Nioh 2’s personality.

Once you do develop an understanding for some of the more complex elements, you’ll reap the benefits of adding Ninjutsu tools and Onmyo spells to your arsenal. The former are things like shuriken, kunai, paralysis bombs and caltrops, while the latter includes elemental attacks and talismans to imbue weapons with greater damage, buff you or debuff the enemy. It’s here that cracks begin to show in the late game, as the more you unlock and are able to equip, the easier each encounter becomes. Before long the main missions feel like much lesser challenges than the sub missions with their endurance match crescendos, and I went from taking at least a dozen attempts per boss to maybe half that. It all depends on your build of course, and I’m generalising a bit, as some of the later bosses still had me stumped for a while, but a few of the spells feel a little overpowered in certain situations. Also, the fact that most enemies respawn when you pray at a Shrine means there’s an opportunity to grind for better gear (Nioh 2 drops colour-coded loot in abundance) and experience whenever you find yourself stuck. You can even run missions multiple times if you want to. Another major boon is the story, though. While it’s complete hokum, the tale of a fictional feudal Japan at war with a race of demonic Yokai at least puts your character front and centre, and tells a mostly cohesive story. The characters are a fairly likeable bunch, too, and include Toyo the Blacksmith, Mumya the Yokai-hunter, and Tokichiro, the travelling Spirit Stone merchant who befriends you and stays steadfastly by your side. Various Lords and warriors will cross your path as you go, too, and some of the cutscenes are impressively over the top.

A multiplayer element rounds off the experience. While you can summon the AI-controlled spirits of other players at blue Benevolent Graves, or duel them at red Bloody Graves, these are only puppets, and mostly neither challenging nor much help. You can enter the Torii Gate on the world map, though, and join Expeditions or answer please for help from other players and team up properly against bosses and tougher enemies. A clan system rewards helping out other players who are affiliated with your clan, and adds an extra incentive to get involved.

The aesthetic sails close to the shores of the first game. Stunning environments range from dark, mist-wreathed forests, towering fortresses, fire-ravaged battlefields and delapidated villages. Animations are smooth, and the weapon, armour and enemy design is on-point throughout, though if I never see another one of those snake-tailed bitches for as long as I live it’ll be too soon. The lighting is at times wonderful, too, and Team Ninja have crammed every area of Nioh 2 full of enemies to fight, secrets to find, and loot to scavenge.

Nioh 2 is an exceptionally good video game. Its fast combat and array of tools and spells might trick newcomers into thinking it’s just another hack-n-slasher, but it offers an incredible level of challenge, a sizeable, well-presented story, and a vast bestiary of monsters, demons and bosses to overcome. It may not be overly accessible to those going in blind, but for anyone craving a test of their mettle in bite-sized chunks and lacquered over with Team Ninja’s trademark combat genius, it’s utterly essential.

Not friendly to newcomers
Framerate drops during stylised cutscenes

For anyone craving a test of their mettle in bite-sized chunks and lacquered over with Team Ninja's trademark combat genius, Nioh 2 is utterly essential.