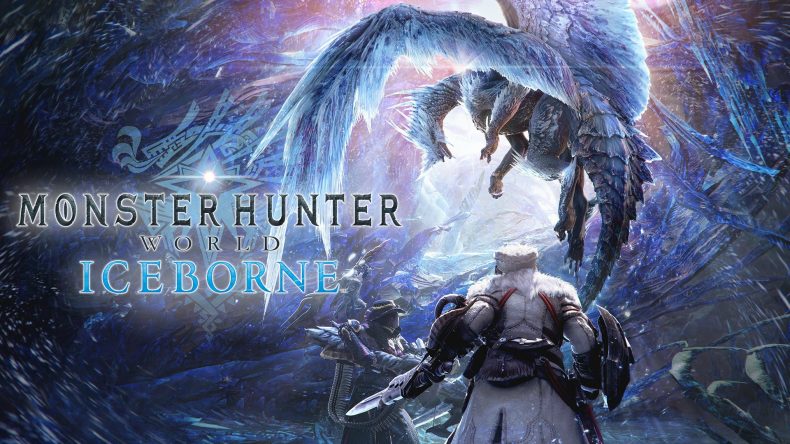 Full disclosure here: I got into Monster Hunter because of World. Having only briefly dabbled with MH3U and MH4, the many changes and tweaks to the formula for World enticed me to finally give the franchise a fair chance. Not just how it looked, but the accessibility changes that helped make it a perfect jumping off point. I’m not going to argue with veterans about its place in the overall franchise rankings because I’m under-qualified to do so and every one has a favourite, and equally I won’t be comparing this latest DLC to any game other than MHW, but what I will say is that, whether you’re a veteran or a noob, you will not be disappointed by Iceborne.

If that sounds like a bit of a bold statement, fair enough, but there is so much content packed into this expansion that even if there are monsters who remain conspicuously absent, there’s plenty here (such as the inclusion of a number of fan favourites) that will go a long way to alleviating the frustration. The expansion content has only one requirement: completion of the main story, which will put your Hunter at a minimum of Rank 16. At this point you can accept a quest to investigate strange goings-on in the Ancient Forest, which in turn will lead you to a whole new area called the Hoarfrost Reach. As you’ve probably come to expect, the story is pretty thin: big monsters exist, and you need to hunt them. The story is perhaps the only disappointing element, because for all intents and purposes it follows the same formula as the base campaign. There’s some very similar framework, whereby you’ll be investigating why the presence of Elder Dragons is shaking up the ecosystem in the New World, but largely it serves as loose justification for terrorising the local wildlife.

Investigating the Hoarfrost Reach brings back the sense of wonder and trepidation we’ve come to love from Monster Hunter World (perhaps even more so than other entries in the series because of how vibrant and alive the New World is). The snowy climbs require warm drinks and tough gear to survive, and play home to a whole new bestiary of targets to hunt down across the ice-blown tundra. Veterans will welcome the return of a handful of monsters whose inclusion I won’t spoil here, but relative newcomers like myself will relish the challenge of all these new beasts. While the core loop of hunting, crafting, and upgrading remains the same, there are a number of additions and tweaks in Iceborne that help to improve the overall experience. If you played the beta or watched the trailers you’ll likely have seen the biggest new addition, the Clutch Claw. Attached to the slinger, the Claw allows you to grapple onto monsters at any time (though beware not to use it when they’re enraged!). Once attached you can smash the monster to shake loose slinger ammo, steer it into walls and hazards, or empty your entire slinger payload right into its face. It’s not quite the same as mounting, but it’s another suite of tactics that add more depth and style to the combat.

For ease of use the slinger has been modified, meaning weapons no longer need to be sheathed to fire a pod or bomb at the monster. It can feel fiddly to use with ranged weapons, but I’d sooner have an extra button press than a long animation while I stow my massive bowgun. With new moves and techniques added to all 14 weapon types, it’s easy to see the direction Capcom have taken: they’ve set out to shake up not only the gear meta, but the very way we play the game.

Master Rank monsters, for example, will hit you with status effects over and over again. Even the old line-up are a challenge in Master Rank. They have new moves (Tzitzi Ya-Ku, for instance, can now re-position itself even while charging its flash attack) more health, deal more damage and lay down status effects constantly. Forget the build you use for Arch Tempered Elders right now: it’s almost useless here. In the earlier stages before you’ve memorised a new monster’s skill set, it’s smart to use resistance-based armour and always have Nulberries in your pouch. If you’ve spent time farming up decorations and decent gear you’ll likely hammer together a workable build for a given weapon within a few hunts, but the difficulty hike is real and renders High Rank gear largely superfluous unless you’re willing to trade defence and utility for a specific skill you can’t live without.

Some of the new monsters hit like trucks, and even with new armour fully upgraded, staying alive isn’t easy. While many beasties share established skeletons with the existing menagerie, each fight feels very different. New additions like the ram-horned Banbaro, who flings snow-covered boulders at you or charges you with unearthed tree trunks, or the piscine Beotodus who uses the deep snow like water, present little challenge in the early game and serve as gateway fights into the Iceborne big leagues – yet the fights are fun, and the gear you can craft from their hides is worth your time. As more and more monsters are revealed (and there are a lot, almost as many as launched with the base game), the old Monster Hunter magic returns.

The true success of Iceborne as an expansion goes beyond the surface level, though. It’s relatively straightforward to simply add more content, or make tweaks to existing mechanics and let the public find the faults. But what Capcom have done is something other developers simply cannot. Bungie, Ubisoft, Blizzard, et al, may know how to monetise and deliver new and moderately interesting ways to part their players with cash, but how many tweaks to games like Destiny 2 and the Division fundamentally disrupted the balance of the game? Iceborne, by comparison, almost utterly breaks the established meta but does so in a way that doesn’t frustrate, but rather pumps you full of excitement at the possibilities before you. It doesn’t simply add a new layer of icing to a stale old cake, it rebakes it with a whole kitchen full of new ingredients. Decorations now come in a 4-slot variety, too, allowing them to either provide two levels of one skill or combine two completely different skills in one slot. Boosters can be made more potent, and Mantles can be upgraded with decorations which trigger when they’re active, so, for example, you could add Peak Performance to the Vitality Mantle+ and enjoy improved damage while your health is full and protected by the Mantle. People smarter than me will break down the numbers in the months to come, and while it’s not possible for me to test or analyse everything, I’m confident enough to say that from what I’ve played, the possibilities for specific builds are greatly increased. Add to this the re-balancing of Elemental vs Elementless weapons to make the former more viable, and even weapons you never dreamed of using become worthy of experimentation.

The changes and adjustments go beyond even these levels though. Character customisation has been expanded, with varied lengths of many hairstyles and the ability to decorate your face in three separate areas. Then consider the revamped Gathering Hub where you can now shop, empty your Harvest Box, and access the Smithy. And as for the extra content itself? There’s simply so much of it. I played Iceborne for over 50 hours before I finished the story (with occasional side quests, optional hunts and, I admit, more than a few 3-cart failures), and I’ve done that again and more in the endgame, which goes beyond anything I was expecting. Hell, there are people who’ll waste hours playing with the new View Mode for screenshots (which works similar to the one in The Division 2), or pratting about in the Steamworks minigame in Seliana to earn Armor Spheres, consumables and crafting tickets. Iceborne is actually a tricky thing to criticise. For the most part the faults that remain are the faults that have always existed: un-skippable cutscenes, a thin story, and a learning curve that seems almost stubbornly obtuse. But a lot of what was fixable has been fixed, and the overall package is one that puts many other so-called expansions to shame. This being Monster Hunter, it’ll take months for folk to theory craft it to within an inch of its life, but although I found it remarkably tough from time to time, I didn’t feel there was an issue with balancing. The steep challenge presented by Iceborne’s rogue’s gallery felt fair for what is essentially World’s version of G-Rank – and I did play 95% of the campaign solo.

Let’s be honest though, even if you’ve read this far you’re not waiting for me to tell you whether or not Iceborne is worth it. Monster Hunter World has been consistently worth it since launch, and Iceborne only adds to it. You’ll face monsters you love fighting and monsters that make you want to bite your controller in half, but the addition of mechanics like the Clutch Claw, and the re-balancing of weapons and skills to shake up the meta mean it’s like starting that journey of discovery all over again.

As a piece of additional content for an already solid game, Iceborne is an incredible achievement. What was becoming fatigued has been given a shot in the arm, and anyone coming into Monster Hunter World fresh right now is in for a genuine treat with a huge, lovingly-crafted base game and one of the best expansions I’ve ever played. For all the veterans of the game or the franchise, though, it’s business as usual – only bolder, better and beastlier than it was before.

Iceborne is one of the very best examples of how to produce paid content for a AAA game. It fixes almost all of World's issues, and adds so much to the package. It doesn't feel like an expansion; it feels like a sequel. A fantastic experience.