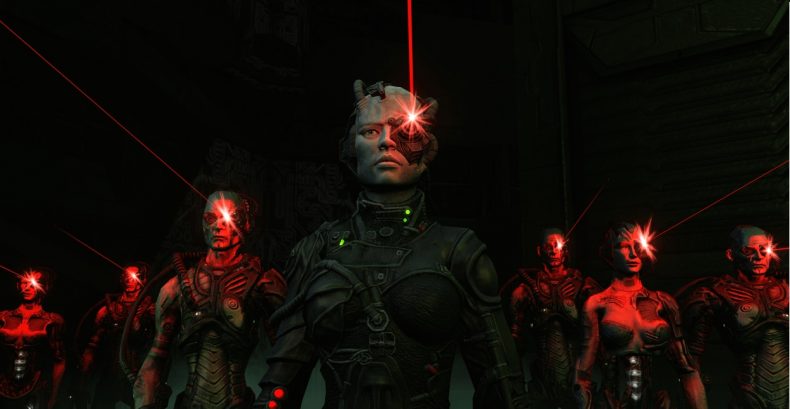 For those of you wanting to play Star Trek Online: Legacy on console, the update is now available for PlayStation 4 and Xbox One. Console players can now play two new featured episodes featuring Seven of Nine from Star Trek: Voyager and the new Star Trek: Picard series on Amazon Prime, and Michael Burnham from Star Trek: Discovery. Captains will be able to earn credits towards the T6 Khitomer Alliance Battlecruiser by playing the episodes, and in the coming weeks, discover a brand new space TFO.

Since it released, Star Trek Online has explored some of Star Trek’s most iconic series, including the original series, Enterprise, Deep Space Nine, and The Next Generation. The Legacy update takes console players on a nostaligic journey through its 10-year history, resurrecting some of Star Trek’s biggest heroes and villains.

Legacy takes players to the planet of Excalbia, which featured in the original series episode, “The Savahe Curtain.” Forced into an experiment to decide who is stronger between good and evil, players will need to team up with some of Starfleet’s finest. Star Trek Lagacy includes loads of cool new features, including:

In the coming weeks, Star Trek Online will also release “To Hell With Honor,” a brand new 5-player space TFO set on surface of the moon, where J’Ula and her Klingon forces are building a new shipyard for her fleet. Players will need to work together to destroy this base before enemy forces take them down with Mycelial weaponry.

Video games are cool. Don't let anybody tell you any different.
MORE LIKE THIS
Star Trekstar trek online: legacy