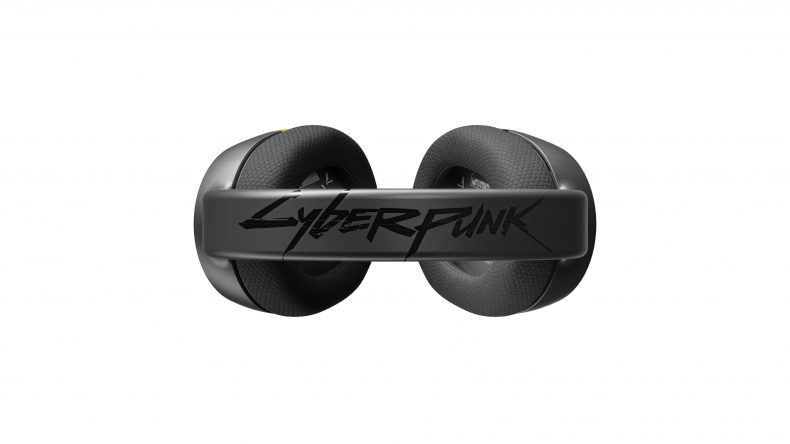 SteelSeries, in collaboration with CD PROJEKT RED, have got a few things coming for those of you looking forward to Cyberpunk 2077. On the way are two new headsets and three new Arctis Pro accessory kits. Each new accessory is inspired by a certain aspect you’ll find in the world of Cyberpunk 2077.

This is inspired by Johnny Silverhand, in case it wasn’t totally obvious. This headset is a 4-in-1 headset that works the same as the Arctis 1 Wireless but with a slight difference. This version has a dongle with a switch that means you can swap between Xbox and other USB-enabled platforms. It also has lossless 2.4GHz wireless for ultra low latency connection to Xbox, PC, Switch and Android. This look is inspired by the in-game ability of being able to see the Net overlaid in the real world. The Netrunner Edition has the same features above and can be used on PS4, PC, Switch and Android. However, this also comes with a 3.5mm cable meaning it can be used with an Xbox controller as well as any other device with a 3.5mm connection. The Netrunner Edition will also be available from Argos in the UK and from the SteelSeries site for £109.99.

I also mentioned the inclusion of three new accessory packs. These are inspired by the three major corporations of Night City: Arasaka, Militech and Kang Tao. The packs feature a Cyberpunk 2077 ski-goggle headband and two new magnetic earplates. Each is compatible with the Arctis Pro, Arctis Pro + GameDAC and Arctis Pro Wireless. These packs will be available in a limited number directly from the SteelSeries site for £39.99.