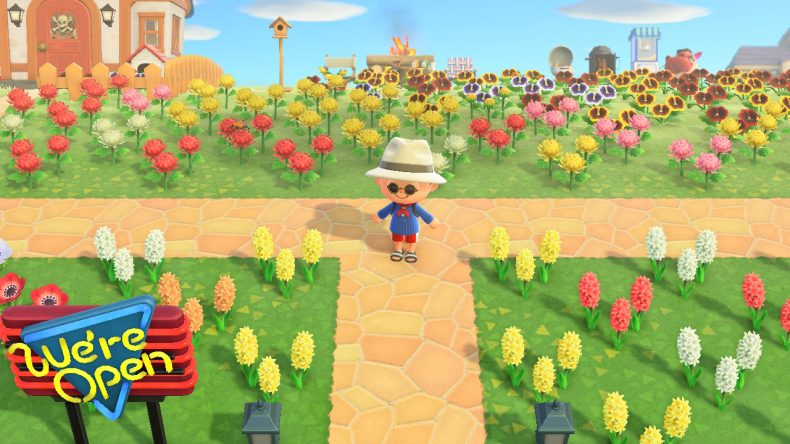 When do you know you have a problem? At what point do you take a step back from things and think that maybe what you’re doing isn’t quite y’know, “normal”? I knew something was wrong when I was pottering around my island and realising it was a lot later than it had any right to be. It was getting dark, Timmy and Tommy were shutting their shop soon, and I was thinking I hadn’t really done much today. And not in the sense of losing time idyllically that Animal Crossing: New Horizons is famous for. No, I’d just been doing my daily upkeep of my island, that was all. How was it so late? Where was all the time going?

The answer was staring me in the face. My Animal Crossing daily upkeep was simply taking that long.

In the first instance, it is easy to blame Animal Crossing: New Horizons itself instead of me. The game whilst appearing to be a laid-back romp full of purely optional content, is, in reality, anything but. Nintendo rewards me with a museum within days which whilst gorgeous to look at, feels initially, and deliberately empty, asking, nay begging, to be filled. I’d be letting myself and my fellow islanders down if there wasn’t a complete cultural centre of zoology and archaeology to enjoy. For that, I’d need to dig up all the fossils I could find, catch fish, and have lots and lots of flowers for all those glorious bugs to congregate around. I’d need bells as well to pay off my house loans and build infrastructure to get around my island more efficiently.

There is lots to be getting on with, which is the joy of the game, for sure. But it was the daily grind of all of this that was the problem. And whilst Animal Crossing plays it’s part there, this is where my logical mind turns these daily tasks into a foreboding chore. Fossils appear each day and need to be dug up, assessed at the museum and donated if possible. Any duplicates I’d leave in my storage just in a case a friend found a use for them. That was my first task complete. I’d then have to make sure I hit all my rocks with a shovel, banking the full 16,100 bells from the money rock each day. Another relatively short task, because after all those rocks aren’t going anywhere. Then things, admittedly start progressing to the extreme. For some crazy reason, I am compelled to have to shake every tree on my island, every day. That’s because I know that two of them will drop items from their branches. One of these may be the perfect addition to my oriental-themed living room. I don’t want to risk missing out, so the other god-knows how many tree shakes are just collateral damage. Plus some of them drop bells, or even better, wasps. Now I’ve perfected catching them (approach from the front, holiday a net, shake, then mash A when a wasp appears), they’re a source of serious bells each day.

Once that’s all done – and likely a few trips to Nook’s to sell exotic fruit and any wasps that I find – I embark on the most self-deprecating part of my routine. It should come as no surprise to people that my kryptonite in Animal Crossing: New Horizons was flowers. I’ve been here before, with, well, embarrassing consequences. I need flowers for bugs, obviously, but I also want flowers, lots of flowers, all the types, the rare hybrids, everything. To make that happen, I need a plan of action. All my flowers are planted diagonally from each other to remain close to each other for breeding, but with the maximum number of gaps to allow for new flowers to grow.

Each new morning brings a new sense of hope, a new opportunity for new flowers. Without fail, the first thing I’ll do each morning is wander around my island, rubbing the sleep dust from my eyes, checking my flower plantations for new buds. Yes, you read that right, the top priority of a 36-year-old man every morning at the moment is to check whether a rare colour of flower has grown by chance on his virtual island. It’s ridiculous even typing it, but it’s the truth and I don’t regret it. Tomorrow will be a new day, and I’ll be doing exactly the same thing. Doing my morning new flower scout though is just the start of it. New flowers need to be replanted in the same formation for optimum efficiency. So I dust off my shovel and get to work. With all my new beauties successfully arranged, I then come to easily the most laborious part of my day – the watering. Now, for the purposes of research, I actually took the time to count how many flowers I actually have on my island. Hopefully, this provides context to what follows. But even I was shocked by the answer. As it stands I have 577 flowers on my island. Yes. I know. That’s not a brag at all, but a damning indictment of my warped botanical passion.

For those that have played a chunk of Animal Crossing: New Horizons, you’ll know the trusty watering can (not the flimsy variety) waters in a semicircle, watering up to six flowers, including the tile you are on. However, because of my “efficient” diagonal planting system, I can only water three flowers at a time. For those quick at maths, even with perfect aim and placement, that’s the best part of 200 sprays of a watering can. And now it becomes clear where all my time goes. I can’t even begin my watering expedition without four watering cans in my pocket, to ensure I don’t run out half-way through.

I appreciate those who read this will be shaking their heads in disbelief, wondering how I have made such a gloriously relaxed game feel like hard work. For many, I’ve ruined what makes Animal Crossing so appealing. But it is relaxing to me, it’s therapeutic, the joy of seeing some new hybrid flowers is a warm glow that others get from a new outfit design or perfecting their home furnishings. It’s the Animal Crossing game I wanted from New Horizons and more, even if it does turn me into a bit of a lunatic.