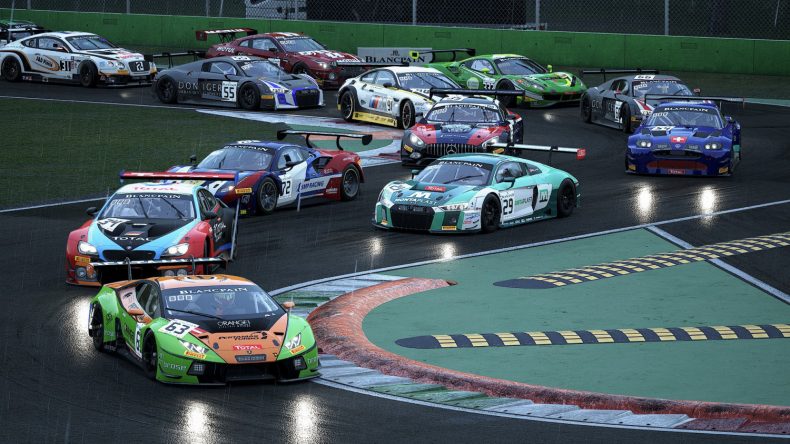 On April 26th, 505 games and Kunos Simulazioni have announced drivers and celebrities taking part in Assetto Corsa Competizione eSports series. Players, Pros and big names will come together across 3 classes in this huge online event.

“The newly launched championship will consist of Assetto Corsa Competizione races for three separate classes: a Pro Series for real-world competitors, a Silver Series for invited sim racers, and Am Series for public qualifiers.

Registration is open for drivers hoping to qualify while the public hot-lap contest begins on 26th of April and will run through to 3rd May.

The opening round for the Pro and Silver Series will be staged at Silverstone, with the action getting underway on Sunday 26th April.

The SRO E-Sport GT Series will take advantage of the last 1.3.10 patch of Assetto Corsa Competizione, adding some 2020 liveries for free, for all users (they will be available in all the Custom game modes such as Quick and Custom Race, Hotlap, Free Practice and Multiplayer for ACC) and pushes the level of competition much forward:

PRO Class will feature real drivers and celebrities such as Jenson Button, driving his McLaren 720S GT3 and a long list (50) of famous GT3 drivers

SILVER Class will host 50 professional sim racers, selected by the organizers based on their palmares and popularity

AM Class will allow everyone from the Assetto Corsa Competizione PC community to join the qualifying events and attending the competition.”

I’m the current circumstances, video game events are quickly becoming a big part of people’s entertainment. Assetto Corsa is looking to bring racing fans together with this impressive undertaking.