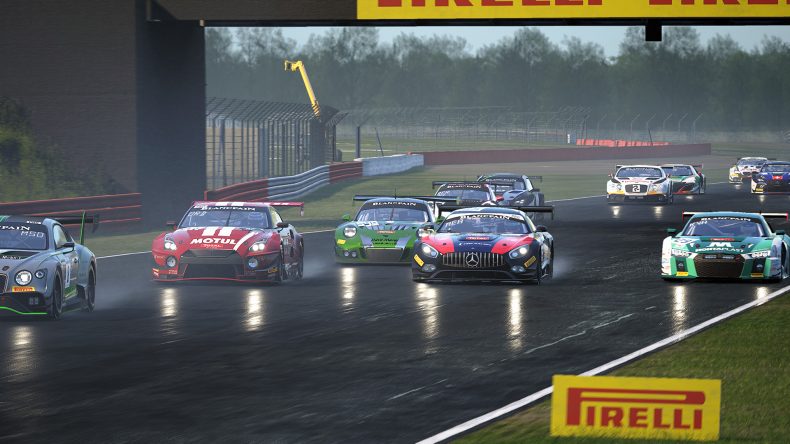 An impressive simulation of GT3 racing, Assetto Corsa Competizione brings the official teams, drivers, cars and liveries of the Blancpain series to life in Unreal Engine 4. This means that the official circuits are as authentic as possible, as well as being able to produce stunning lighting and weather effects. Night races are especially impressive to behold. For players pre-ordering the console version, due to release at a wallet-friendly £34.99, the premium Intercontinental GT Pack DLC will also be included in that price. This means four extra tracks, including the iconic Bathurst and Laguna Seca circuits, as well as new game modes, new teams, drivers and liveries will all be free – instead of the separate £12.49 expense when it releases on consoles later this Summer.

This console release is just part of Kunos Simulazioni’s plan to eventually bring console and PC content development together. This roadmap (heh) includes this Summer’s PC release of the GT4 Pack, which brings 10 GT4 cars to the game. This will come to consoles in Autumn/Fall 2020.

The British Pack will bring 3 new “iconic circuits” to the game this Winter, on both PC and consoles, completing the 7-race calendar of the British GT Championship.

Assetto Corsa Competizione is out now on PC, with the PlayStation 4 and Xbox One versions coming on June 23rd.