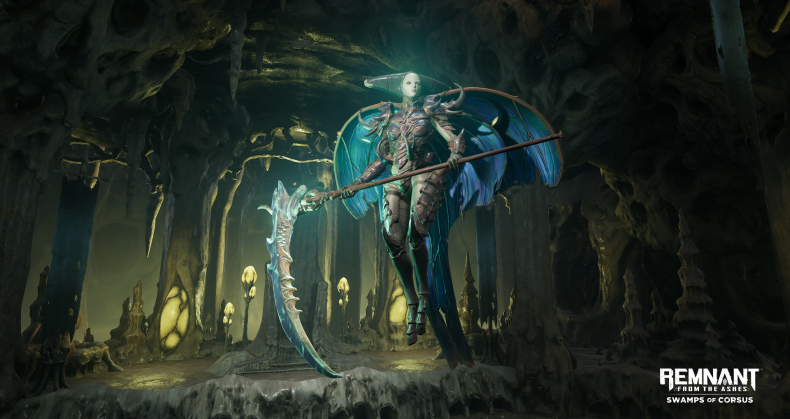 Swamps of Corsus will launch on PC via Steam on 28 April priced at £7.19. Xbox One and PlayStation 4 players will have to wait a little longer with no firm date as yet announced.

A brand new bundle which will include the DLC and the base game will be available on Steam for £34.99, starting 28 April.

The DLC will include an upgraded version of the primordial world of Corsus, three new powerful weapons and mods, four challenging side dungeons, new bosses and enemies and more. The DLC will also unveil a new rogue-like game mode called “Survival Mode”, which will have players start from nothing and fight for survival to acquire armour and over 50 new armour skins. Survival Mode will be a perma-death challenge.

You can watch a trailer on the new mode below:

Likes to shoot stuff and wear pretty shoes. Is a BEAST at Titanfall.
MORE LIKE THIS
Gunfire GamesPerfect World EntertainmentRemnant From the AshesSwamps of Corsus