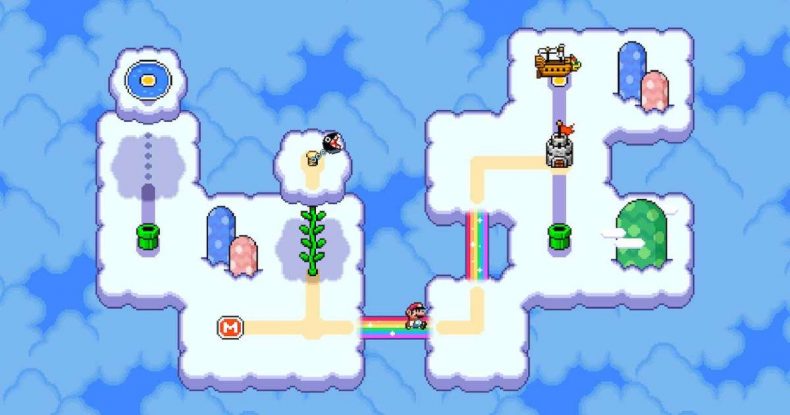 In the final Super Mario Maker 2 update, titled World Maker, players will be free to create an entire Mario game however they see fit. You’ll be able to chose a theme for each of the eight worlds you choose to create (such as sand, forest, snow, and sky), and for each world, you’ll be allowed to create five different levels along with bridges, hills, and warp points on your route to Bowser’s Castle. What will make it even cooler is the fact it’ll have its own overworld map, complete with mini-games as well. If that’s not enough, there’s some awesome new power ups and items available to make the update even better.

There’s a special mushroom that’ll change Mario into his Super Mario 2 attire, meaning you can jump on enemies and objects to pick them up. The frog suit will allow you to swim with ease through the water levels, the Power Balloon will let you float through the air, Super Acorn will let you glide with grace, and the Boomerang can be used to take out enemies.

There’re also some weird and wonderful wearables to help make your levels unique, such as the Canon and Red POW Boxes, and a Goomba Mask Along with this, there’re new items to pick up that have a variety of different effects. The Cursed Key sets a phantom on anyone who dares to pick it up. Mechakoopas that have jet engines and laser beams attached depending on the time of day.

The update will be available April 22, and to watch the announcement in all its glory, check out the video below:

Video games are cool. Don't let anybody tell you any different.
MORE LIKE THIS
nintendoSuper Mario Maker 2