previous
Peaky Blinders: Mastermind Revealed With Debut Trailer
random
next
The Persistence releasing digitally on consoles and PC in May
0 comments 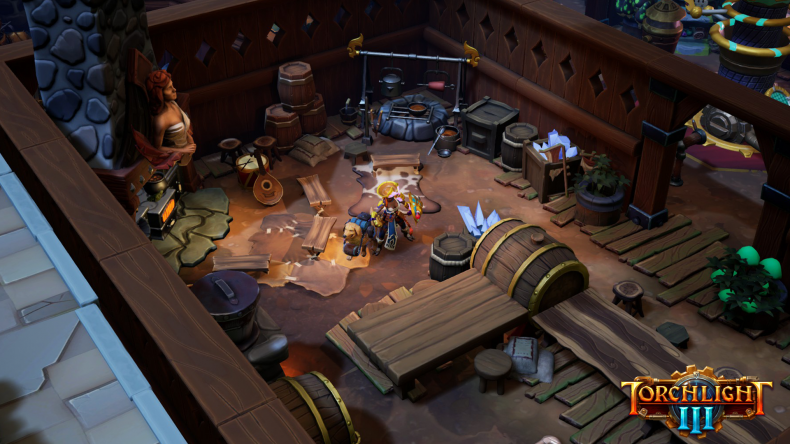 After announcing a surprise sequel in January, Perfect World & Echtra Games have revealed Player forts coming to Torchlight III. These upgradable and customisable bases will help power up your character, and add your own flair to the world.

“Perfect World Entertainment and Echtra Games are excited to share a first look at the new Forts system in Torchlight III, the highly anticipated successor to the beloved Torchlight series. While the upcoming ARPG builds on the familiar hack’n’slash combat and mechanics fans loved about the original series, it also includes brand new features for adventurers to explore, starting with the introduction of Forts. When Torchlight III releases on PC later this year, players will have the opportunity to build and customize their very own fortress on the frontier. Forts allow each adventurer to leave their personal mark on the world, as these structures can be personalized and adorned with treasures that have been crafted or earned through combat. Forts also serve as an important hub where players can meet up with friends, progress their characters, plus swap out skills and entire armor sets.”

After a great port of Torchlight 2 on the Switch, I’m sure there are plenty of people excited for the next game in the series. If you haven’t spent enough time on home design in Animal Crossing this year, then Torchlight III has you covered.