Tales from Animal Crossing: A tale of cheese and “whine” 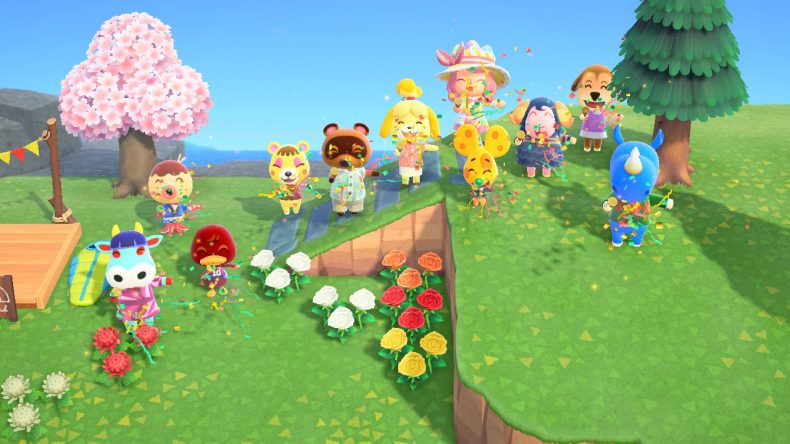 Following on from my recent tribulations with Tammy, the incredibly rude villager living in my town, Beagleton, I have another tale of neighbourhood woe. This time featuring a diminutive yellow mouse called Chadder. Yes, you read that right, he is called CHADder.

My tale with Chadder begins relatively early on in the annals of Beagleton’s short history. You see, he was the first resident to visit my camp site, in fact he was there the very day after it was first erected. Upon entering the tent, I will admit to being a little surprised to find someone of Chadder’s appearance camping at all. When I think of camping, my mind immediately goes to hiking boots, layers of clothing, maybe a hat, it most certainly doesn’t go to a black tailcoat complete with a little red bow-tie! Chadder has other ideas it seems, but either way, it was all rather formal for slumming it in a tent at the back-end of Beagleton.

I was immediately suspicious of him. To compound my dismay at being greeted by an over-dressed mouse with a ridiculous name, he referred to me as “Fromage” in every conversation I had with him. My mind was made up, I was resolved not to let him move in. There will be no cheese based puns on MY island!

Alas, it seems that Nook had other ideas. Despite bestowing upon me great powers in terms of dictating where the camp-site be located, and indeed where additional plots of land for further residential areas be situated, he over-ruled me and made it very clear that I must get him to stay. Incidentally, on the topic of that raccoon, I grow more and more suspicious of him each day. He seems benign, but I am convinced he has some Machiavellian schemes at work.

Fast-forward a day or so, and it seems that Chadder moved in. He chose the plot of land I had secured slightly behind my house, but across the river from me. On his first day I popped over to welcome him, determined to make the best of it. He was polite enough, preparing his house for decoration, so I left him to it and got on with my tasks for the day. The following day I popped over bright and early to say “hi”. Truth be told I was keen to see what the dapper little mouse’s house would be like. I was not disappointed, albeit still bemused as to why the frock-coated rodent had chosen rural Beagleton as his destination. It was hardly the throbbing city of culture and excitement that little Chadder’s house suggested he wanted it to be. He had a jacuzzi in his living room for goodness sakes! An actual jacuzzi, and a night-time city-scape as his wallpaper! The mouse was every bit the budding “Chad” his name and dress had lead me to believe, to compound it he gave me a recipe for a circular rose bed during one of our first conversations – what a player! Island life continued, but the cracks started to show in Chadder’s fractured relationship with our quiet little town. He played at fitting in, working out in his bow tie and tails outside Resident Services and attending all our events. He was there for the opening of the incline near the camp-site, the bridge to the East connecting both residential areas, and the opening of Mabel’s shop. Looking back at these happy memories I can see Chadder getting more and more distant. Chadder, mate, where are you?

In attempt to cheer him up, I thought I would give him a gift. A moderately sized red rug to add some much needed colour to his monochromatic home. He wore a red bow-tie so I felt secure that he would love it. Except he hated it, hated it so much he couldn’t even conceal his disgust! I was crushed! I admit I didn’t want him on Beagleton to begin with, but he was here now and as I was already at war with another resident I didn’t have the emotional energy to fully commit to the level of passive aggressiveness required to mess with another one. Besides, I was intrigued by his swanky bachelor pad and I was secretly hoping for the recipe to that jacuzzi.

And then one rainy evening it all ended. I saw him talking to himself whilst walking near Nook’s Cranny. I said hello, and he said it was over. Over for him and Beagleton, he wanted to explore other horizons and see what else was out there for him. The pain of his rejection over the red carpet flashed up inside me, and when prompted I told him that yes, perhaps it was time for him to go. And he has. He left this morning, there was no ceremony for him, Isabelle didn’t mention him in her morning address and none of the other residents have said a word. It seems he isn’t missed, it was like he was never here, well except for the seedy rose bed that is currently taking centre stage in my bedroom. Good bye Chadder, I’m glad you are gone, I just wish you had left me that Jacuzzi recipe on your way out.

Likes to shoot stuff and wear pretty shoes. Is a BEAST at Titanfall.
MORE LIKE THIS
Animal Crossing: New Horizons

Tales from Animal Crossing: Tom Nook, Iron and Fishing
Support us on Patreon for exclusive content