previous
How to play at an Online Casino
random
next
Xenoblade Chronicles: Definitive Edition preview | Everything we wanted?
0 comments

Early Access Preview | Drift21 has the potential to be excellent 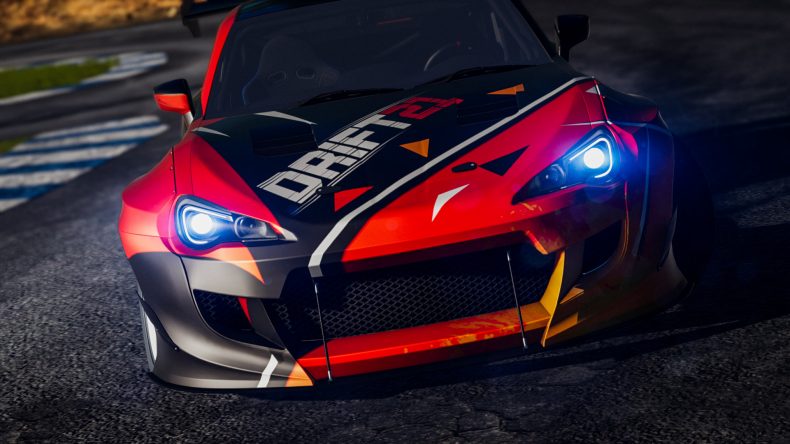 Drifting is an art form, when you see it done by professionals. The way they can throw an incredibly powerful car sideways around bends at seemingly impossible speeds, is nothing short of wizardry. It’s like physics doesn’t affect them. There have been many games that incorporate drifting, whether it’s realistic or not, but ECC GAMES’ Drift21 aims to fully immerse petrol heads by letting them drift all they want, but also manually purpose-build their own engines for the task.

I will say ahead of time that Drift21 is in Early Access on Steam, so the issues I’m about to raise may well be fixed down the line. However, as it currently stands, only the absolute hardcore need apply. Preferably with a steering wheel, because controller support is currently…not great. While Drift21 does fully support your controller, the handling model currently doesn’t. I tweaked and tweaked the sensitivity settings and deadzones, tried the various assists and yet nothing would make the cars particularly driveable. No amount of countersteering would correct drifts and spinning out became an inevitability, rather than a possible outcome.

At first I thought it was just the Mazda MX5 in which I started out, so I made the decision to buy a new car. From the limited choice of a Nissan Silvia or Subaru BRZ (don’t forget, it’s Early Access), I plumped for Subaru. Only to find that I had to build its engine, before I could do anything else. While not a problem, the idea itself is a pretty interesting one, there is almost no guidance whatsoever. You can turn on a “missing parts” guide, which highlights the areas on which you need to focus, but when you’re starting from scratch, it’s a bit confusing and can be more than a little daunting. The confusion was most apparent when I thought I’d finished building my BRZ. When I tried to take it for a spin, the game told me it was incomplete, despite there being no highlighted areas for missing parts, but upon attempting to find out what was missing, it simply sent me to a screen with a general list of engine parts. Now, thinking all those parts were already in there, it gave me no clue as to which one was missing. It was only after much head-scratching and dozens of walks around my car, that I decided to select a spark plug from the menu. Only then did the game decide to highlight that they were missing.

Finally, I thought, I can test drive my new car! To the game’s credit, it was slightly smoother than the Mazda, but still felt completely beyond my control using an Xbox pad.

Again, to the game’s credit (and the credit of developer ECC GAMES), there were several updates to the game before it even reached its Early Access launch. More control options were added, as well as a few other features, so I’m hopeful that the overly sensitive controller issues will be addressed quickly. Same goes for the slightly awkward garage UI. The garage, as much as it can be overwhelming for someone not well-versed in mechanical knowledge, is actually what makes Drift21 such a unique prospect. From a first-person perspective, you can walk freely around your garage, checking out the cars you own, inside and out. It’s a little like Forza’s Forzavista, but while opening up each section of your vehicle, you can manually remove, change and customise each aspect of your cars. You can open up the bonnet (that’s the hood, for our US friends) and take out each part of the engine, piece by piece. It takes the upgrading nature of major racers and lets you do the work yourself. It’s a fantastic idea, but it would also be nice for it to be more accessible for players without engineering knowledge.

The game currently features three EBISU tracks: School, Driftland and Minami. Once you’ve built your engine and customised your drifting machine, you can head out to one of these locations and let loose. I’m not going to pretend that this is an easy task, as I’ve already said it doesn’t feel entirely optimised for controllers yet, but when you do get the hang of it, it’s a great feeling. You can spend as long as you want in Free Play, learning and tweaking the controls in order to find the right balance for you, before heading into Time Attack or Solo Run to earn some extra cash to put back into your cars.

Again, competitive runs are another area where Drift21 could use a little guidance. The actual runs are fairly easy to understand, with drifting zones that require you to clip certain areas as you slide round, but often you’ll find yourself being told that you failed a run and sometimes it’s not clear why. Being in Early Access, ECC GAMES should be able to use this kind of feedback from players, in order to develop the best game possible. It doesn’t need too much work in the visual department, though. The racing environments look great and the cars are particularly detailed. Considering the level of attention paid to all the internals as you build and customise in the garage, it’s a hugely impressive accomplishment that rivals some of the top car games out there. Okay, so there are only three vehicles right now, but more are coming and if they’re all as detailed as the MX5, Silvia and BRZ, that’s something I’d like to see.

Early Access is the best thing that could happen to a game like Drift21. With backing from a publisher like 505 Games, developer ECC GAMES should have the help it needs to listen to player feedback and refine many of the issues raised. There’s an excellent game in there, one that’s really quite unique, it’s just hidden under a few layers of controller issues and potential quality-of-life improvements. Adding extra content will only make that better.

One thing’s for sure: Drift21 is one to watch.