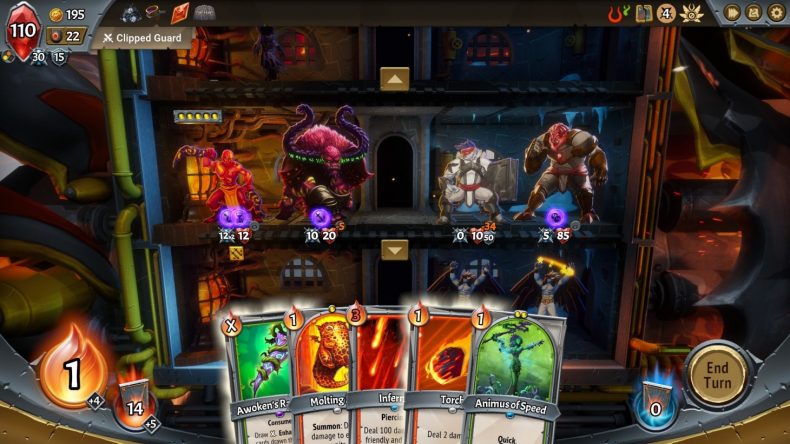 Good Shepherd Entertainment and indie developer Shiny Shoe have released their roguelike deck-building card battler Monster Train for PC. It features three vertical battlegrounds to defend at a time, both in solo play and competitive multiplayer. To celebrate the release, Mega Crit Games will be offering a special one week discount for Monster Train to everyone that owns Slay the Spire on Steam. Monster Train cost $24.99, with a 10% discount until May 28.