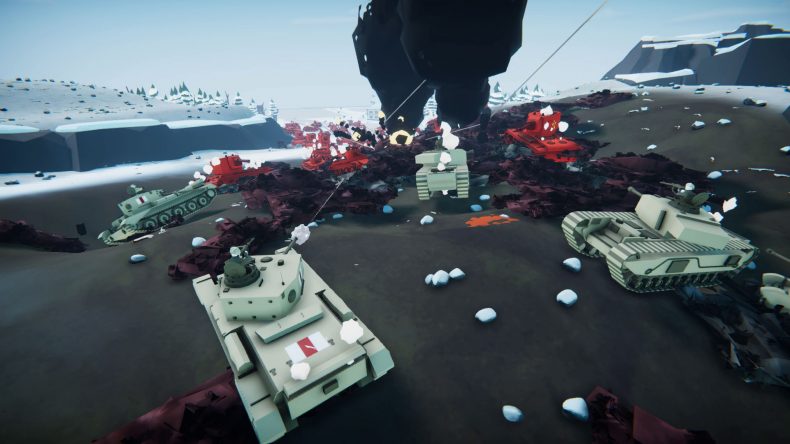 Have a look at the launch trailer:

Blending tactical strategy and first-person shooter elements (yes, I know that makes no sense), Total Tank Simulator tasks players with deploying their forces from a choice of over 200 units, before watching the action unfold on 50 completely destructible maps. For those wanting to take a more hands-on approach, you can choose to take control of individual units and get stuck into the action! There are three modes to play:

Take on the role of a commander of one of six nations (United States, United Kingdom, Germany, France, Poland, and USSR) through a series of battles on maps across inspired by pivotal moments in world history. Use funds and research points won in battles to acquire new units and build your strength.

Simulate battles on any available map and unleash creativity and imagination at your own pace.

Challenges players to overcome their previously successful deployments, with each new win resulting in difficulty as players learn to strategize against themselves. Total Tank Simulator is available now on Steam, with a 10% launch discount until May 27th.