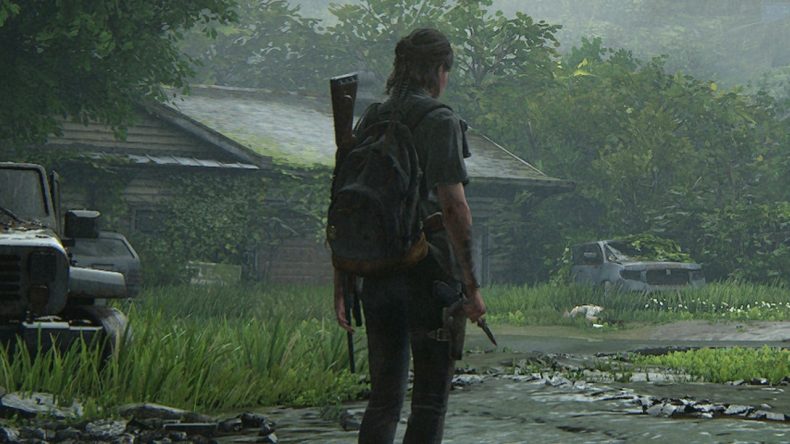 There are few games that come along and connect with you on a personal and emotional level – games where you see a lot of yourself in and how themes or events resonate so deeply it’s hard to shake the impact it has on your life for some time. The Last of Us became more than something I played on my PlayStation 4. I fell deeply in love with it, and not just because it’s such a phenomenal game.

In 2013, I was a father of two girls, at the time aged four and one. The early years of parenthood are the toughest. You’re constantly learning how to be a parent, always second-guessing the decisions you make for them, and never sure if you’re doing the right thing. Then there’s the arguing between siblings you have to mediate, all the sleepless nights caring for them when they’re sick, and having to be the bad guy when they’re in the wrong. It’s a full-time job that remains the sole focus of your life, and even now everything I do revolves around my girls. Despite all the difficult times, I wouldn’t change a second of it. Without them, my life wouldn’t hold an ounce of meaning. They have given me a purpose, and I’ve never felt such love for anything in my life. Sure, they answer back and are always trying to test the boundaries with me, but it’s all part of growing up. They make me laugh, make me happy, and they are everything to me.

The Last of Us was about a man dealing with the grief he felt after losing his daughter. Even years later, Joel struggled to deal with living a life without her. I understand completely the actions he took as the game reached its conclusion, but regardless, it made me understand how important my own two daughters were to me. I held them tighter. I put myself in his shoes and it made me realise to never take anything for granted. We are all here now, but nobody knows what’ll happen tomorrow.

It may be a bleak way to look at things, but that’s what life is. It’s a series of moments that are precious and fragile, experiencing them with no control – no guarantees that they’ll last forever. As I played through TLoU I couldn’t help but see parallels to my own life. The setting may be completely different, but I understood the reasoning behind Joel’s decisions and why he was so protective of Ellie – why he saw no light without his daughter – and the importance of children in an old man’s life. With the impending release of The Last of Us Part II, and the confirmation that it has been certified gold, knowing that it’s only a month away makes it feel real. A sequel to my favourite single-player game of all time is just over 30 days away makes me both excited and scared. I don’t doubt Naughty Dog at all. The entire Uncharted series is utterly perfect, and there’s not a developer out there that comes close to getting everything I want from a video game right quite like them. However, I do feel nervous about what may happen to both Joel and Ellie.

Joel was 100% right in his actions, and I feel a strong connection to the character, that I don’t think I could bare to see him pass. As for Ellie, her fieriness reminds me a lot of my youngest daughter, with a sense of adventure shared with Evelyn, the older of my two children. I know it’s a video game, but sometimes these experiences leave a burning impression on you that it’s hard not to feel so deeply bound to them. Some people have movies or songs that mean a lot to them, but this is mine.

I’ve kept away from the leaks. I’ve not engaged with hearsay and idle chit chat about who siphoned the footage from The Last of Us Part II onto the internet. In the end those rumours proved to be false, once again proving why not everything you read on the internet is true. Naughty Dog poured their hearts and souls into making this, and from seeing Neil Druckmann’s emotional video about the game going gold highlights that it isn’t just the gamers who love The Last of Us, but also the ones helped create it.

Ever since its original release, I’ve played The Last of Us Part II every year. Whilst it can be hard to see some of the events that happen at times, I’m in love with the story, the characters, and the world Naughty Dog created. Whatever I feel after playing The Last of Us Part II next month, I know that nothing will be the same again. My feelings and thoughts on the original will change due to the events of its sequel, and that my connection to Joel and Ellie may very well evolve into something else. I’m terrified, excited, and overwhelmed, but I wouldn’t change these feelings for the world.

Video games are cool. Don't let anybody tell you any different.
MORE LIKE THIS
naughty dogThe Last Of UsThe Last of Us 2the last of us part 2