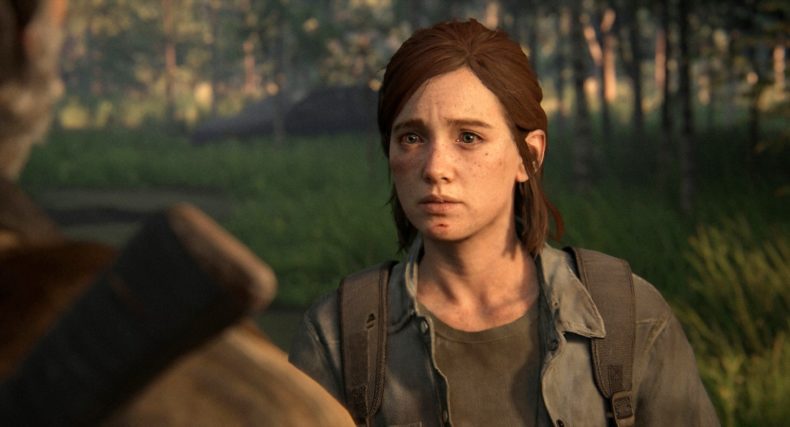 It’s not an easy thing to do, really. How do you follow up a game that was adorned with ten out of ten scores, yet also almost universally considered to be a game that didn’t need a follow up. Indeed, previewing a game like The Last of Us Part II, that has this level of hype around it and comes from a developer that has delivered stories that are memorable and, frankly, rife for spoiling, isn’t easy either. In that respect, you won’t be hearing anything about the story of The Last of Us Part II here aside to say that this specific section of the game we can talk about as of now, is from around the middle of the game and focuses on Ellie’s journey to a Hospital in search of someone. If that sounds vague, good, because from here on we’re only talking about the combat.

Looking back on that first game, however, one thing that springs to mind is that, while I loved it, others found the story interesting but the gameplay less than stellar. While this two hour section of the game isn’t going to change non-believers to those that worship at the altar of Naughty Dog, it’s definitely a major step forward in a lot of ways.

Most crucially, the AI is so much better. In fact, even based on this small slice, it’s better than any Naughty Dog AI before it. The human combatants are no longer faceless goons, and if you put a shotgun slug into someone’s belly, they fall clenching their chest, screaming in pain before a death rattle gurgles to its gory conclusion. Then the shouting begins. If you’ve broken stealth in favour of loud combat, or just because you messed up, your victim’s death will be noticed and his or her friend will scream “Oh God, no, not Dave!”. This feels organic and as though these characters lived before you met them, contributing to the oppressive darkness that begs the question of who the bad guys even are in this adventure. But these enemies aren’t idiots, either. They will work as a team and flank you – quickly, I might add. Using the returning “Listen” mode that allows you to hunker down and hear enemies through walls or around corners, you may be trying to plot their course and before you know it the one you were tracking seems less important because another is bearing down on you, gun out, and BOOM, you’re on your back. You can choose to fire back from a knocked-down prone position, but you can also get up quickly, then run and hide, trying to regain stealth. Options are key to the combat in The Last of Us Part II.

Options like stealth, for example. It’s not a stretch to see Ellie in a different light as she, or you (the lines blur) sneak around the grass, in and out of cover, hiding in broken down buildings that offer darkness to ensconce yourself from sight. Then you grab someone, dragging them as their desperate muffled voice tries to scream, and then you shank them: neck slit, then chest stabbed. Early impressions are that these human enemies don’t have obvious set patterns. They are numerous, but they seem organised, like they are told “don’t be an AI routine, don’t make it easy for them to shank you!”, and they absolutely got the memo. And boy, that’s just the humans, and just some of the options. I’ve not mentioned how throwing a glass bottle or brick (they return, obviously) at an enemy stuns them, or how if you do this while equipping a melee weapon there are unique kills that are brutal like I’ve never seen in a game. But like in The Last of Us, the true brilliance of the combat is in the encounters with the infected. Clickers scream into the darkness, while runners shuffle like zombies only somehow more feral. I’m not going to even risk spoiling anything at this stage, but while humans have guns, the fear a clicker instills is next-level. In the moments where I met a Clicker, The Last of Us: Part II felt like a horror game. Escaping with my life felt like an achievement and seeing the light after a scuffle with the infected felt like a reward, and not just because Naughty Dog has designed such a realistic, incredibly detailed world.

It’s helped in large part because the sound design is out of this world. The accompanying music is sensational, and if this brief section is anything to go by it’s possible Gustavo Santaolalla has bettered his work from the first game. But the audio design is beefy and hard. The thump of bat on bone is enough to make you wince, and the sound of gunfire pierces the desolation of the old world. Just from this small snippet of game, the audio is tantalising, offering glimpses of what might be coming.

But back to the stealth, though. As Ellie holds her grabbed foes, knife thrusting into them, her face contorts in a way I’ve never seen a videogame character before. It’s desperation and hatred, it’s that feeling of having a nightmare and wanting to scream but no sound is coming out. I was warned that this game could get dark, and in the short slice of it I can share with you right now, all I can really say is that, yes, it will get dark – but I am ready to face the darkness.

Editor-in-Chief.
MORE LIKE THIS
naughty dogPS4Sonythe last of us part 2