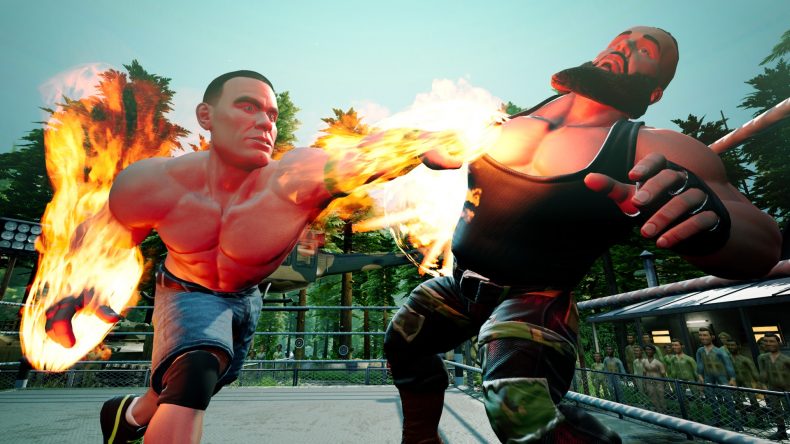 2K has announced that WWE 2K Battlegrounds will release worldwide in September of this year.

The arcade-style brawler will launch on PlayStaton 4 and the Xbox One family of devices, Windows PC via Steam, Nintendo Switch and Stadia.

The roster features more than 70 WWE Superstars and Legends at launch, with plans to release additional Superstars after launch.

Developer Saber Interactive has provided details on what players can expect, with an approachable experience for everyone from passionate WWE fans to casual players, with several ways to play:

Players can also customise their fighter to create their own unique WWE Superstar with different body types and sizes, facial features, clothing, hair and fighting styles.

“We know WWE fans and gamers enjoy a wide variety of experiences, and with WWE 2K Battlegrounds, we’re presenting a whole new dimension through arcade-style gameplay that’s completely different than our WWE 2K simulation franchise,” said Chris Snyder, Vice President of Marketing for 2K. “We look forward to seeing everyone tear it up with friends and family in the Battlegrounds.”

WWE 2K Battlegrounds is available now for pre-order digitally and at participating retailers. It will launch worldwide on 18 September, 2020

Likes to shoot stuff and wear pretty shoes. Is a BEAST at Titanfall.
MORE LIKE THIS
2kSaber Interactivewwewwe 2k battlegrounds