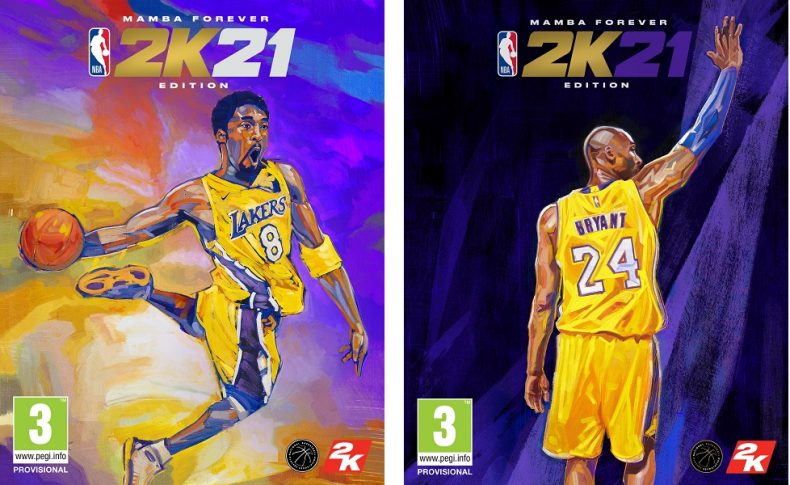 Not only that, but he is the all-time leading scorer for the Los Angeles Lakers. Kobe Bryant was an icon, always going above and beyond for his team and family. He helped progress Women’s basketball and played a huge role in making basketball accessible to everyone. It’s only right that 2K pays tribute to the legend of Black Mamba, and with two unique custom covers for both current and next-gen versions, the NBA 2K21 Mamba Forever Edition will honour his career.

With all three Cover Athletes now announced, 2K revealed NBA 2K21 will be available on current-generation platforms on September 4, 2020, and is available for pre-order today. It will also be a launch title this holiday season for PlayStation 5 and Xbox Series X.It will feature extensive visual and gameplay improvements, competitive and community online features, and deep varied game modes.

“NBA 2K21 is a monumental leap forward for the franchise,” stated Greg Thomas, president of Visual Concepts. “We’re combining all of our experience and development expertise to craft the best game possible and for PlayStation 5 and Xbox Series X, we are building the game from the ground up to take full advantage of next-gen power and technology.”

NBA 2K21 will bridge both current and next-gen versions by featuring MyTEAM Cross-Progression, and a shared VC wallet. Also, if you’re interested in playing on both PS4 and PS5, or Xbox One and Xbox Series X, the Mamba Forever Edition will include both versions at no additional cost, providing its for the same console family.

“Each of our cover athletes represent different eras of the game of basketball – Damian Lillard dominates the court today, Zion Williamson is a standard bearer for the next generation of NBA superstar and what more could be said about Kobe?,” stated Alfie Brody, Vice President of Global Marketing at NBA 2K. “Three athletes representing the current, future and storied history of the game. Today’s exciting announcement is just the first of many for NBA 2K21; it’s going to be a huge year for basketball fans and NBA 2K gamers.”

NBA 2K21 will be available for £59.99 on current-generation platforms and £64.99 on next-generation platforms. The Mamba Forever Edition will cost £84.99, and will include both generational versions of the game within the same console family. 2K intend to release new information surrounding the game over the coming months, including the game soundtrack, a first look at gameplay, features for both generations, 2K Day celebrations, and much more.

Video games are cool. Don't let anybody tell you any different.
MORE LIKE THIS
2kKobe Bryantnba 2k21