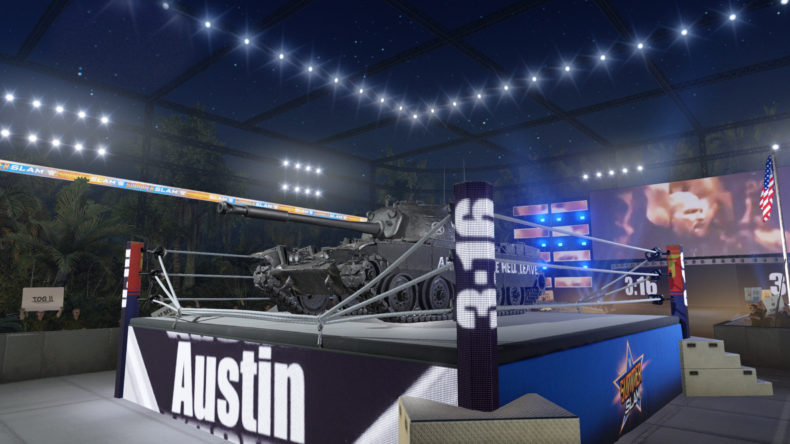 In a partnership nobody saw coming, the premier tank video game and professional wrestling have joined forces. World of Tanks console Season 1 is WWE themed, and from now until September 21st you’ll be able to unlock WWE Superstar themed tanks, crews and more in this SummerSlam flavoured season.

As part of the new season, players will have the chance to command five legendary Superstar Collector Tanks inspired by WWE Superstars The Undertaker and Becky Lynch, as well as WWE Hall of Famers Andre the Giant, Sgt. Slaughter plus “Stone Cold” Steve Austin, who will be free for all players!

Players will also be given the ability to experience their own redesigned WWE Garage – including epic Superstar introductions for their vehicles, unique visuals for each Premium Collector Tank, and two sets of crew chests that will include the aforementioned five Superstars and Legends to start in addition to Roman Reigns, “Macho Man” Randy Savage, “Rowdy” Roddy Piper, Ric Flair and Shawn Michaels in August.”

The fact that this WWE/World of Tanks crossover exists makes me really happy. If we aren’t going to get a sequel to WWE Crush Hour, this is definitely the next best thing.

Tales from the Borderlands: Episode 4 is Coming Next Week