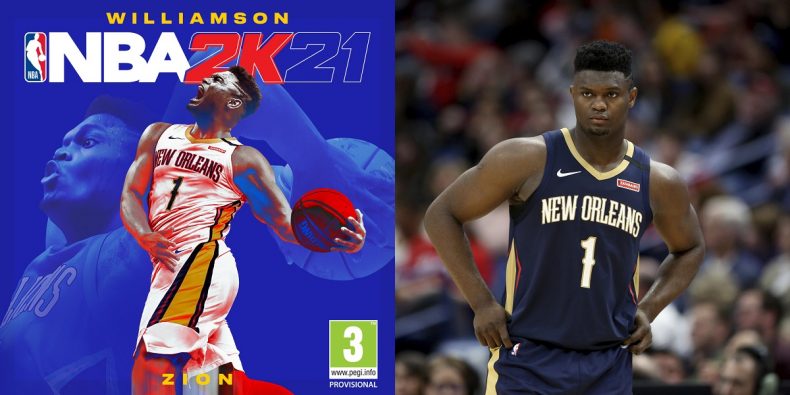 Today, 2K has announced that New Orleans Pelicans forward Zion Williamson will be the cover athlete for NBA 2K21 on next-generation platforms. Zion started off his rookie year with an injury, but upon his return showcased exactly why he was the number one draft pick in the 2019 NBA draft. His dominance up the court is already unmatched, and with only being a part of the NBA for a year, he has an exciting future in the sport. Choosing him to be the cover star on PlayStation 5 and Xbox Series X consoles makes a lot of sense, helping to usher in the future of sports gaming with NBA 2K21.

“Being on the cover of NBA 2K has been a dream since I was a kid and to be the first NBA 2K21 cover athlete for the next-generation of gaming is really special,” said Zion Williamson. “Since the day I joined Team 2K, I’ve wanted to make an impact on basketball culture both on and off the court, and being the cover athlete for NBA 2K21 on next-gen consoles lets me do that. I can’t wait to be part of this global phenomenon and hoop with all the ballers out there on NBA 2K21.”

“For the cover of the next-generation version of NBA 2K21, we wanted to find someone who could represent the next-generation of NBA superstar,” stated Alfie Brody, VP of Marketing at NBA 2K. “Zion is one of the few young players who has met the hype and can be considered a standard bearer for the next generation. We’re thrilled that he is representing the 2K21.”

Zion Williamson joins Damian Lillard as the second of three cover athletes announced for the console, with the third being announced tomorrow. Like Lillard, Williamson is part of 2K Foundations, a program supporting undeserved communities by revitalising basketball courts and community centres across the US, as well as in New Orleans for the local community.

Tomorrow, 2K will announce the final cover athlete, as well as the game’s release date and pricing, as pre-orders also go live. Check out the Zion Williamson announcement trailer below:

Video games are cool. Don't let anybody tell you any different.
MORE LIKE THIS
2knba 2k21Zion WIlliamson