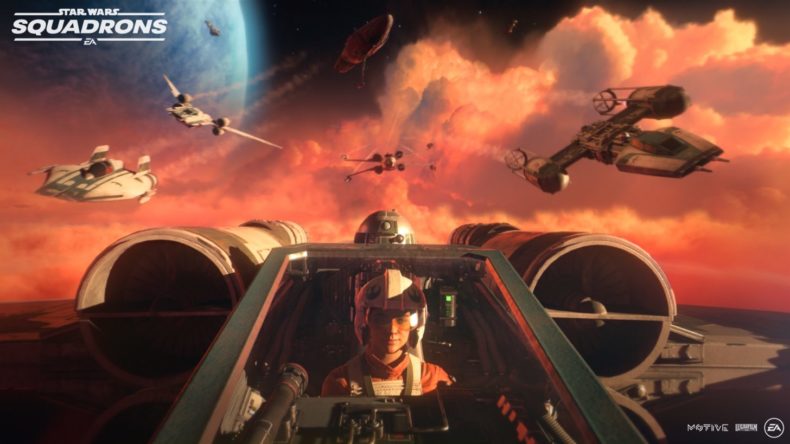 With the October 2nd release date looming, Motive Studios have just unveiled the new Star Wars: Squadrons Hunted CG short. Showcasing some of the backstory for the upcoming game, the high quality video is available for all on YouTube and is trending globally already.

“Made in collaboration with Motive Studios, Lucasfilm, and Industrial Light & Magic, “Hunted” is set before the events of Star Wars: Squadrons, introducing one of the ace pilots who players will fight alongside in the single-player story.

In this standalone story, Imperial forces are in retreat after a surprise attack by the New Republic at the Imperial dockyard orbiting Var-Shaa. However, for Titan Squadron Leader Varko Grey, the battle is far from over. He finds himself as the last TIE pilot on the battlefield, hunted by a determined New Republic X-wing.”

The 7 minute long video is well worth a watch, and makes me think the story content when the game is released will be of very high quality. I always want my Star Wars games to have a hefty dose of new expanded universe content (like last year’s Fallen Order, or the incredible Kyle Katarn games) so Squadrons is looking like a day one purchase for me.