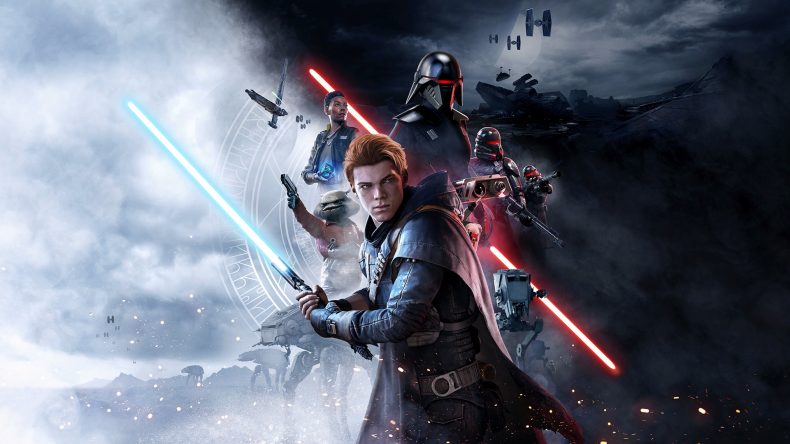 The original Star Wars trilogy was the blueprint for every science fiction franchise that released in the years that followed, all the way to the present day. A simple story of good vs evil with interesting characters, superb visual effects, and a wonderful story. The prequel trilogy that started in 1999 with The Phantom Menace was poorly received, but when Darth Sidious executed Order 66 in Revenge of the Sith, it would change everything.

The Empire changed the game for the future of the galaxy, turning the Clones against the Jedi and decimating the one thing that protected the lives of those that needed help against the evil forces of Darth Sidious and the Sith. Star Wars Jedi: Fallen Order fits in nicely some time after Order 66 happened, and follows Cal Kestis as he begins to regain the power of the Force and stop a new evil within the Empire. It’s a solid story, featuring a nice mix of characters that all have a role to play within your journey to recover a Jedi Holocron that holds the secrets to bringing back a new age of Jedi. The plan is to stop the Sith once and for all.

Cal Kestis is a likeable guy, played wonderfully by Cameron Monaghan as a man burdened with secrets from his past. The opening mission that acts as the tutorial brings you into Respawn’s vision of Star Wars perfectly. The remnants of those that fought in the Clone Wars and the devastation the Empire caused are highlighted on the planet of Bracca by the junkyard Cal is working in, and the Second Sister (the game’s main antagonist) shows just how much of a problem she’s going to be for you. You get to grips with the controls pretty fast, and the platforming is shown off by jumping around the scrapyard and climbing up a cargo train under attack. The bulk of Fallen Order sees you travelling between a handful of planets completing story objectives, unlocking new areas, finding parts for your lightsaber, new ponchos for Cal, decals for your ship, and new skins for BD-1. You start off with few abilities (you’re a Padawan) and the more you fight the more skill points you get to unlock other abilities or upgrades. You’ll also unlock new moves as the story progresses such as wall-running or force push, among others. The Metroidvania elements open up as you unlock new powers, and you can travel between any of the planets you want, meaning you don’t have to follow the path that the story is taking you on. It works similarly to The Legend of Zelda: Link’s Awakening, really, and you never feel like you’re restricted.

The planets are big, and whilst they aren’t specifically open world, there’s plenty to explore. Dathomir is a sinister planet filled with spider-like creatures that spit acid at you, a race of mythical warriors, and undead beings. Kashyyyk (the home of the Wookies) is a beautifully lush planet filled with forests, but there’re lots of fauna that can prove deadly – though you can use these plants to your advantage. Once I used force push to send a Stormtrooper into a huge Venus Fly Trap: I couldn’t stop finding new ways to punish my foes. Although there are only five major planets, you do get to see a few other places which are pretty cool.

There’re four difficulty levels to choose from, ranging from story (where enemies do less damage to you and isn’t as challenging) to Grand Master (which seriously pushes you to your limit). Respawn has found a way to give every kind of player the type of experience they want, meaning if you want a Sekiro-style challenge, that’s a choice here. As you progress, the amount of enemies increase, and the fights become overwhelming. You’ve always got the option to switch difficulties, so if you’re struggling to take down ten Stormtroopers, a few Purge Troopers, and some Security Droids, switch it up to give you a bit of a break. Fallen Order throws a lot of combat at you, with copious amounts of creatures and Empire soldiers, as well as bosses that really do feel like something out of a FromSoft game. Star Wars Jedi: Fallen Order uses a parry and block system to help you get the better of an enemy, and capitalising on their mistakes means you can land a devastating strike that’ll make them suffer. Combat is a glorious combination of using your lightsaber and powers to take out huge groups or singular enemies. You can pull floating droids towards you then push them into a large group so that they explode, or maybe even throw your lightsaber at a Stormtrooper who’s using a ranged weapon while fighting off a couple of Scout Troopers harassing you with their electrified staffs.

Outside of the combat the platforming is mostly rewarding, even if the constant climbing gradually becomes frustrating. There are moments when it emulates the Uncharted series feeling of ‘I’ve reached my destination, oh wait, I’ve fallen 300ft so I need to climb all over again’ sections one time too many, and it is not fun having to do it all over again. If you fall off a huge cliff or miss-time a swing on a vine, the game drops you in quickly to the platform you fell from, and that’s great, but dying from a fight means a load screen that seems to take longer than it should. Meditation points are found throughout the game, much like the Bonfires in Dark Souls, and it’s here you can save your game, or spend your skill points to unlock a new lightsaber ability, improve health, or fine tune your grasp on the Force.

Perhaps the coolest part of Star Wars Jedi: Fallen Order is your little companion, BD-1. He’s a droid that helps you throughout the game, and much like the powers you unlock through flashbacks of when you were a young apprentice, BD-1 will receive upgrades in much the same way, except Cal will fix him up to do new and useful things. Much like R2-D2 and BB8 (not C3PO because he’s an idiot), you feel a great connection to him and genuinely care for his safety if things get a little heated. He really is an integral part of your adventure. By pressing the touchpad on PS4, each planet’s map will pop up, and the more BD-1 scans, the more you’ll uncover. He’ll start to beep and whistle whenever something of interest appears, and after you’ve defeated an enemy he’ll scan their corpse to give you clues as to how you can defeat them the next time you encounter them by. There’s a lot of text that brings Respawn’s Star Wars world alive, and as good as it is, the need to constantly stop to scan something becomes laborious. You don’t have to scan everything, but if you want to find every secret, chest, or new area, it’s an absolute must. BD-1 will also give you Health Stims that act as health packs, and these are also restocked once you meditate, but meditation also respawns enemies.

Your ship “The Mantis” reminded me of Mass Effect’s Normandy, both in its interior layout and the planet map. You can customise your lightsaber on almost all the planets, but there’s a spot in the back of the ship where you can do it as well. The options to do so are pretty great, with new emitters, handles, and even kyber crystals to change the colour of the light itself. If you’re a Star Wars nerd like me, then you’ll have a lot fun making it look as awesome as possible. Unfortunately, at the time of reviewing, there are a few too many technical issues to ignore. I had enemies disappear into the ground or float in the air, the game has Unreal engine pop-in, and the frame-rate is unstable during larger fights. I also fell off a ledge, only for Cal to get stuck in a loop where he kept falling every time it tried to put me back on the ledge I fell from. Sure, these aren’t game-breaking and I’m told patches are imminent, but I wanted to make sure you’re aware going in.

I still enjoyed Star Wars Jedi; Fallen Order a great deal, though. The visuals and animations are stunning, with some great environmental effects and fluid combat that seamlessly transitions as you mix up your attack patterns. The music is magnificent, and there’re some great surprises including one that took my breath away. It may not be the Star Wars game you were expecting, and it’s not a particularly long game, but it still has plenty of things to love.

Star Wars Jedi: Fallen Order has some remarkable combat, with a decent story that feels more like Rogue One than one of the main Episodes. The ending was a bit of a let down, but the challenges you’ll face (particularly on a higher difficulty) and the amount of exploration to be done make it a game you should certainly play if you’re a fan of Star Wars, the genre, or both.

Star Wars Jedi: Fallen Order is filled with wonderful combat, great visuals, and a decent story, but the technical issues are too prominent to ignore.