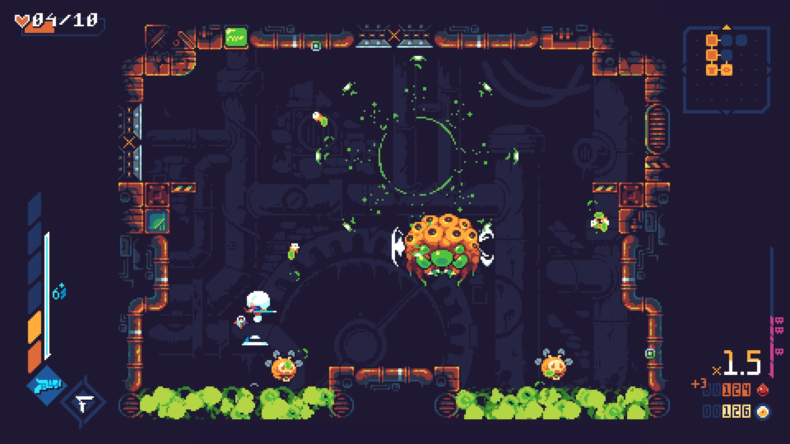 Flying Oak Games have announced that it’s fast-paced rogue platformer ScourgeBringer has a free demo available on Nintendo Switch and Xbox One. In addition to the demo, the developer has also announced a brand new “Fast-Paced Action” trailer is due to release as well.

In addition to the announcement on the ScourgeBringer free demo and trailer, Flying Oak Games has revealed details of a new “Supporter Pack version of the game and confirmed that pre-orders are now live ahead of the full launch later this month.

ScourgeBringer entered Early Access back in February of this year and hit the Steam top 20 bestseller charts quickly. It is also available in Game Preview for Game Pass on PC.

The new Supporter Pack, which is available on Steam, Epic Games Store and GOG includes:

Launch of Scourgebringer is expected later this month and will bring with it a major content update that includes a new Realm with two new bosses, a new post game mode with different run modifiers, system revamps including new gun modification systems, re-written dialogues, new shops and NPCs and secret rooms.

The game has been in open development, and has had an in-game feedback system where players can make suggestions. The developers have also provided regular looks behind the curtain with developer updates via Flying Oak Games’ Twitter feed.

Scourgebringer launches on Nintendo Switch, Xbox One, Game Pass for Console and PC, Epic and out of Steam Early Access on October 21.

Likes to shoot stuff and wear pretty shoes. Is a BEAST at Titanfall.
MORE LIKE THIS
Dear VillagersFlying Oak GamesScourgebringer