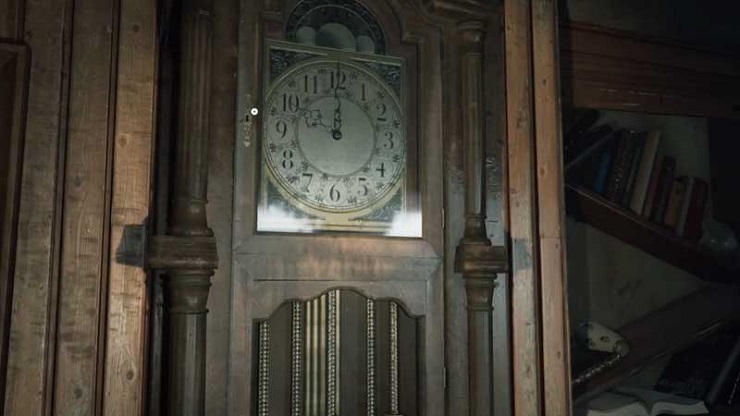 At first, the clock puzzle in The Medium can appear tricky, but once you know how to manipulate the time everything else falls into place. With so many great puzzles in Bloober Team‘s latest, we take a look at one of the first ones you encounter and tell you exactly how to solve it.

Head to the desk

Once you step into Thomas’ office, go to his desk which sits directly in front of you. You’ll see that someone or something has already had a good look through everything. On the floor you’ll find a flashlight and a small key. The flashlight comes in very handy later when you’re exploring the many dark hallways and rooms within the Niwa Hotel. As for the small key, it’ll unlock the grandfather clock that’ll now be in front of you to your right.

Before you go snooping anywhere else, use the small key to unlock the grandfather clock. You’ll then notice that when you change the time, the spirit world will start to change.

Watch the visions as you move the hands backwards

The time will be 10pm when you begin spinning the hands backwards. As you do, the room will start to resemble a room again. As you do this, you’ll notice a few separate things happening. Visions of Thomas will appear in the spirit world. When this happens, let go of the clock and let the spirit version of Marianne interact with them to reveal information about what is going on. You’ll see a few visions of Thomas, so make sure you stop when you see him appear. The other thing that happens is a secret doorway will appear, shrouded in light. Remember when these appear as you’ll need to walk through it shortly.

Rotate the hand to 4pm

Once you’ve watched the hands move all the way back to 4pm, they’ll stop. Also, you’ll notice a spirit well appear next to Thomas on his desk. Move Marianne in the spirit world to soak up the energy as you have done before.

As mentioned previously, wind the clock back to reveal the hidden doorway towards the far right of the clock. Once it has opened, have an out of body experience to make Marianne walk through and use the new found spirit energy you harvested to fire it at the power supply on the wall at the back of the room (the wall to your left as you walk in). Once you’ve done that, return to your body and complete the next step.

Press the button in the cabinet

You’ll have noticed an electrical current travelling along the wall in the spirit world. This has now powered up a secret door in the material world. Go to the cabinet in the material world where the secret doorway was in the spirit world (behind the desk to the left). Use your insight to locate a hidden button, then press it. This will now open the secret doorway for real, allowing you to move on and find out what happens next.

Video games are cool. Don't let anybody tell you any different.
MORE LIKE THIS
GuideThe Medium