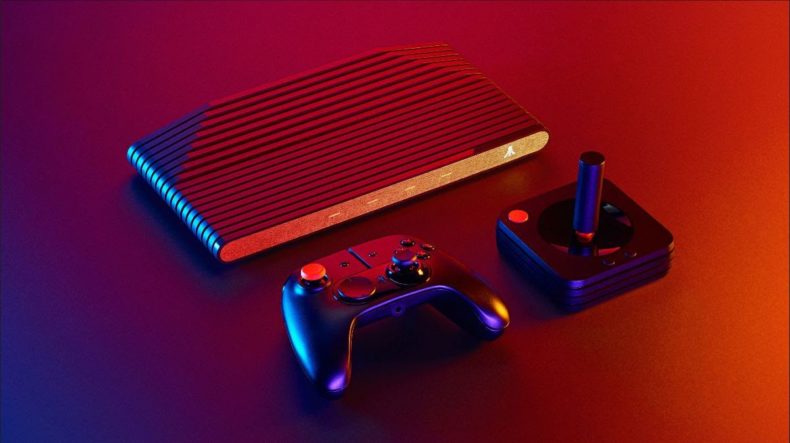 Atari has announced additional titles coming to the Atari VCS PC/console hybrid this spring.  Prepare to revisit retro games from decades past, along with new titles from indie video game developers.

Here is a round-up of the games you can expect to see on the Atari VCS:

Enhanced with improved graphics by West Coast Software Limited, D/Generation is a retro action-adventure game set in the future (technically, 2021) that requires you to save all of humanity.  A deadly virus has escaped at Genoq headquarters in London, and your mission is to travel up a 90-story-tall HQ skyscraper to deliver a package to Derrida, the lead scientist working on bioweapon research. Focus on your task at hand or assist others along the way as you work to stop the contagion from escaping the building.

Developers Bitbull LTD blend the spirit and intensity of arcade shoot-em-ups from the ‘80s with the tactical elements and replayability of hardcore modern roguelikes. For fans of action, big guns, and fast and frenetic gameplay, Jetboard Joust delivers on all counts. Hop on a stylized jet board as you take to the skies, blasting alien invaders with a variety of weapons and battle against massive, unrelenting bosses.

Returning to the spotlight after its original launch in 1993 by developer Jani Penttinen, Utopos is a multiplayer spaceship arena fighting game where you’ll battle against others in the ultimate rocketship fighting championship. Utopos is a colonized world on the Asteroid Belt where humans have found that rocketship fights provide endless entertainment. Select your weapons and ship, and fight against your friends or AI-controlled opponents.

The Atari VCS pre-launched in December 2020, with pre-order fulfillment and general retail availability to follow in Spring 2021.