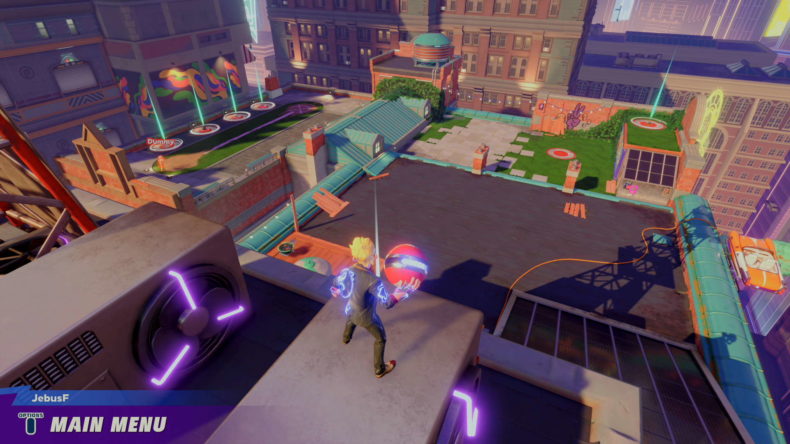 Knockout City is the latest game to have cross play with other consoles, and it’s a trend we’re massively in favour of. Even yesterday I played hours of Knockout City on PS5 with part of our crew on Xbox. It’s a great, fun game and you can hear more about that in our review.

First things first, Knockout City is out now on PC, Xbox, Switch and PlayStation formats. It’s also in Game Pass thanks to the EA Play deal. This means that if you have Xbox Game Pass, you can play Knockout City at no added cost on Xbox. EA Play is also available on PS4, of course. Also, if you’re quick, the game is free on all platforms for the first ten days.

Knockout City: How to find your friends on other systems

You’ll notice when you play the game there is an icon next to your player banner. For example, if you’re on PlayStation, it’ll show a PlayStation icon. If you’re in a team with someone on a different platform it’ll show the Knockout City logo, instead. Every play who plays the game has a unique ID, a bit like how Discord or Blizzard does things.

Go to the main menu and hit triangle (PlayStation) or Y (Xbox), X (Switch) to bring up the social menu. Doing so will bring up your name at the very top and also you KO City ID. This KO City ID is vital to playing cross playing in Knockout City.

If you start a crew, or want to join your friend’s crew, you can make sure you play together easily every time. Searching for a friend’s crew is simple, and works the same way as finding a friend. Like a KO City ID, there is also a Crew ID, which has a name and a hashtag, then a number. 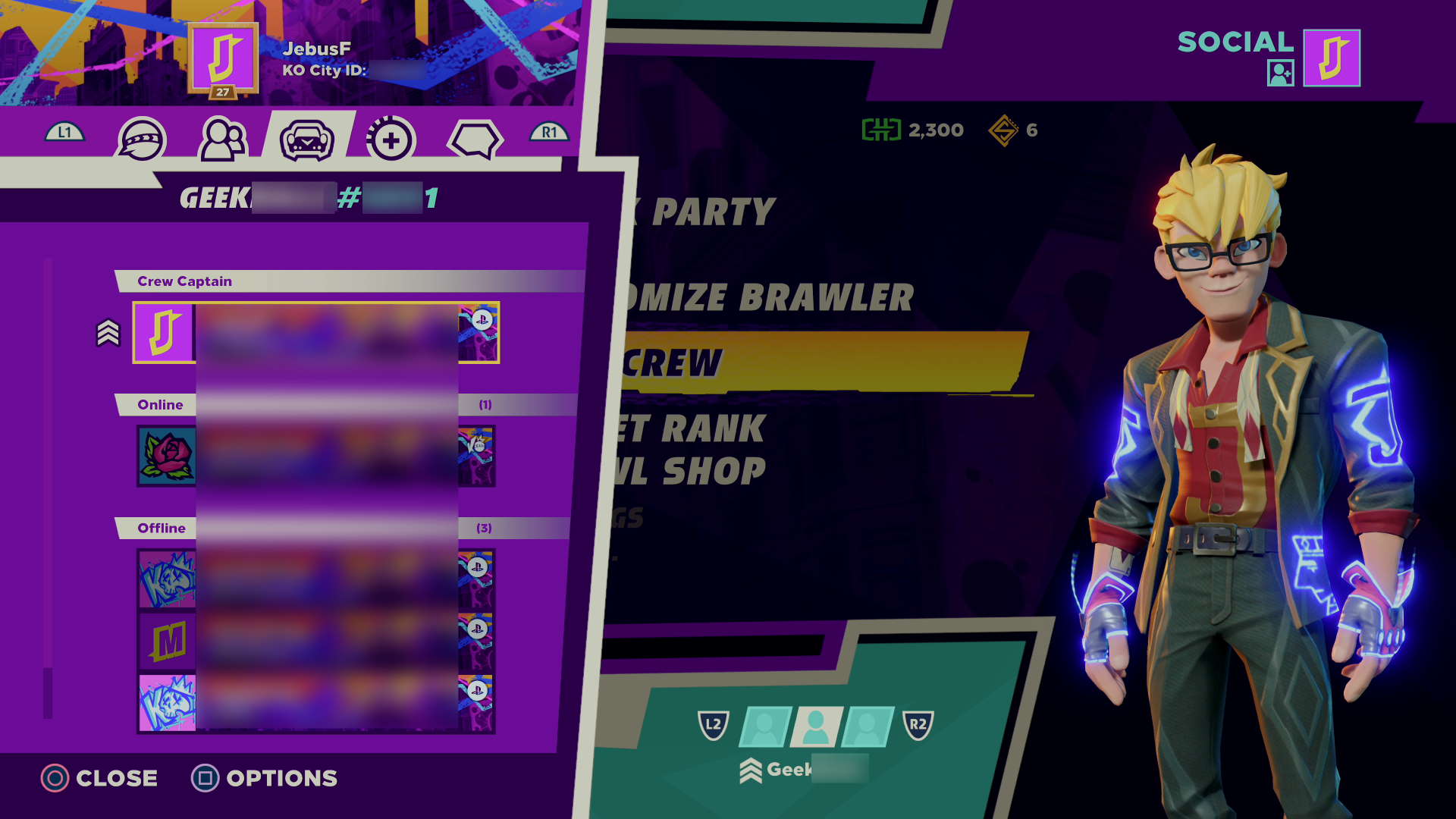 Tap the crew ID in and request to join, it’s really that simple. Once you’ve done all of this you can join any of the online crew’s hubs to get ready. In the hub you can practice with all the special ball types, and generally lark around. Can you climb the highest tower and show off? Why not give it a go.

It’s worth noting that playing with friends and crew is rewarded. If you crew up you’ll get bonus XP currently. Likewise, if you play with friends, there are contracts currently out there that reward that with big XP hits.

Once you become friends or joined a crew, Knockout City cross play is automatic. You don’t have to choose to play with someone in your crew on Xbox if you’re on PlayStation, etc.

Voice chat is easily accessible too, as a match is loading up. Clicking the left analogue stick changes from the three chat options. It’ll cycle from group > team > off. Group chat is for your group, usually the people who are together in the hangout. Team chat is your team of three in a match. “Off” is, well, it’s turned off.

If you’re all playing on the same console you can just use party chat, of course. But if you’re playing cross play, the group and team chat options are invaluable. Instead of needing a solution like Discord, you can use the in-game functionality to chat.

So there you have it, that’s all the info you need to get playing with friends in Knockout City cross play, no matter what system!