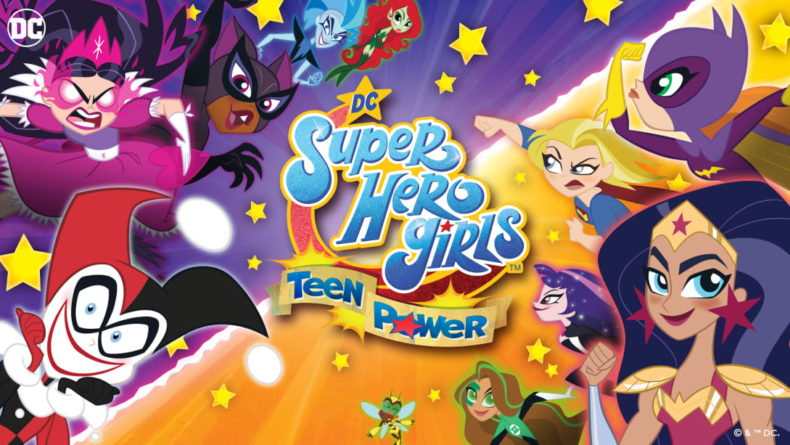 Players can join the fight as Wonder Woman, Supergirl and Batgirl in DC Super Hero Girls: Teen Power, which launches today for Nintendo Switch.  Save Metropolis from the clutches of a group of mischievous DC Super-Villains, all while keeping up with social life as a teenager at Metropolis High School.  If you can throw a Batarang and an afterschool hang with equal style, then Metropolis needs your help.

In DC Super Hero Girls: Teen Power players can execute stunning combos in battle using the game’s easy-to-learn controls and wide array of abilities, each tailored to the six playable characters. Wonder Woman uses her warrior skills with the Lasso of Truth and Flying Shield, Supergirl has Heat Vision and Super-Breath, and Batgirl can invent crime-fighting gadgets like the Bat-Hook.

The rambunctious Harley Quinn can use her Spring Spree mega-jump with glee to cause some mischief while Catwoman’s Cat Dance ability can be used to scratch off foes as the skilled jewel thief, or trap enemies by deploying Star Sapphire’s Cage of Love ability. The elusive Toyman’s minions won’t know what hit them.

When players are not packing a powerful punch, they can explore different sections of the city of Metropolis, rescuing missing cats and collecting costumes to show off their own personal style. They can even rebuild a destroyed part of the city by donating in-game money to open up shops or place other buildings.

Based on the animated series DC Super Hero Girls, this new game offers fun for everyone who’s ever wanted to help citizens in need while doling out sweet justice. Just don’t forget to swing by the Sweet Justice café afterwards.