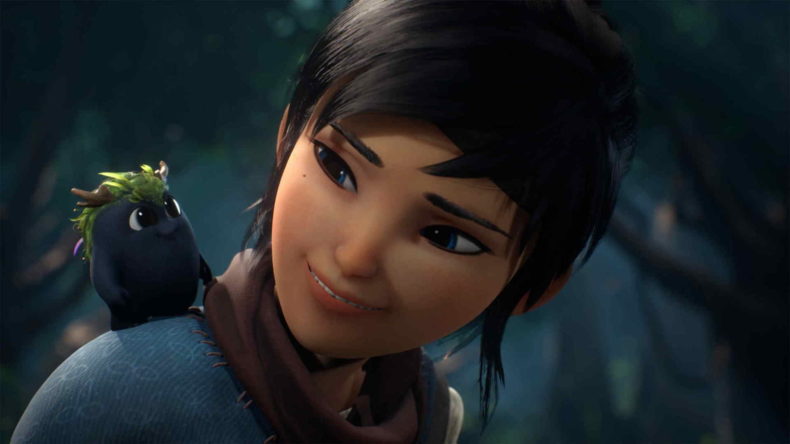 Kena: Bridge of Spirits is one of those games. You know the ones. Those games you play and five minutes in you’re thinking “oh wow, this is gonna be a contender”. It’s the kind of game you might hear us talking about in December when we’re discussing the best games of the year. I played an hour of Kena: Bridge of Spirits and that’s how it left it me. It’s one of those kinds of games.

To start with, it’s gorgeous. You don’t really need me to tell you that, but even playing a remote demo of the game over the internet: it’s lovely. It may be a bit of a given, but games have to feel right, and can’t rely on just how they look. Thankfully Kena: Bridge of Spirits plays really well. This is a game that feels familiar, for sure. It feels like a lot of different games in one. I also don’t think it’s going to be a 40 hour epic, which will be music to some people’s ears.

All your favourites coming together

The first title I thought of when playing Kena: Bridge of Spirits is Horizon Zero Dawn. A female protagonist fighting against the corruption of the world. Later into my demo I got a bow as well, but Kena feels more melee focused that Aloy’s journey did. It almost feels as though Kena takes the combat style from Breath of the Wild, but keeps the progression and skill trees from Horizon.

A simple tap of R1 is your light attack, with R2 giving you a heavy option. More than Zelda, it feels like 2018’s God of War, I guess. Holding L1 shields you but also allows you to ping things… but more on that in a moment. As you play and collect the game’s upgrade currency, you can add moves to Kena’s skillset. Very quickly I had a move that allowed me to turn my charged heavy attack into a massive hammer blow and do damage from distance. Very cool. 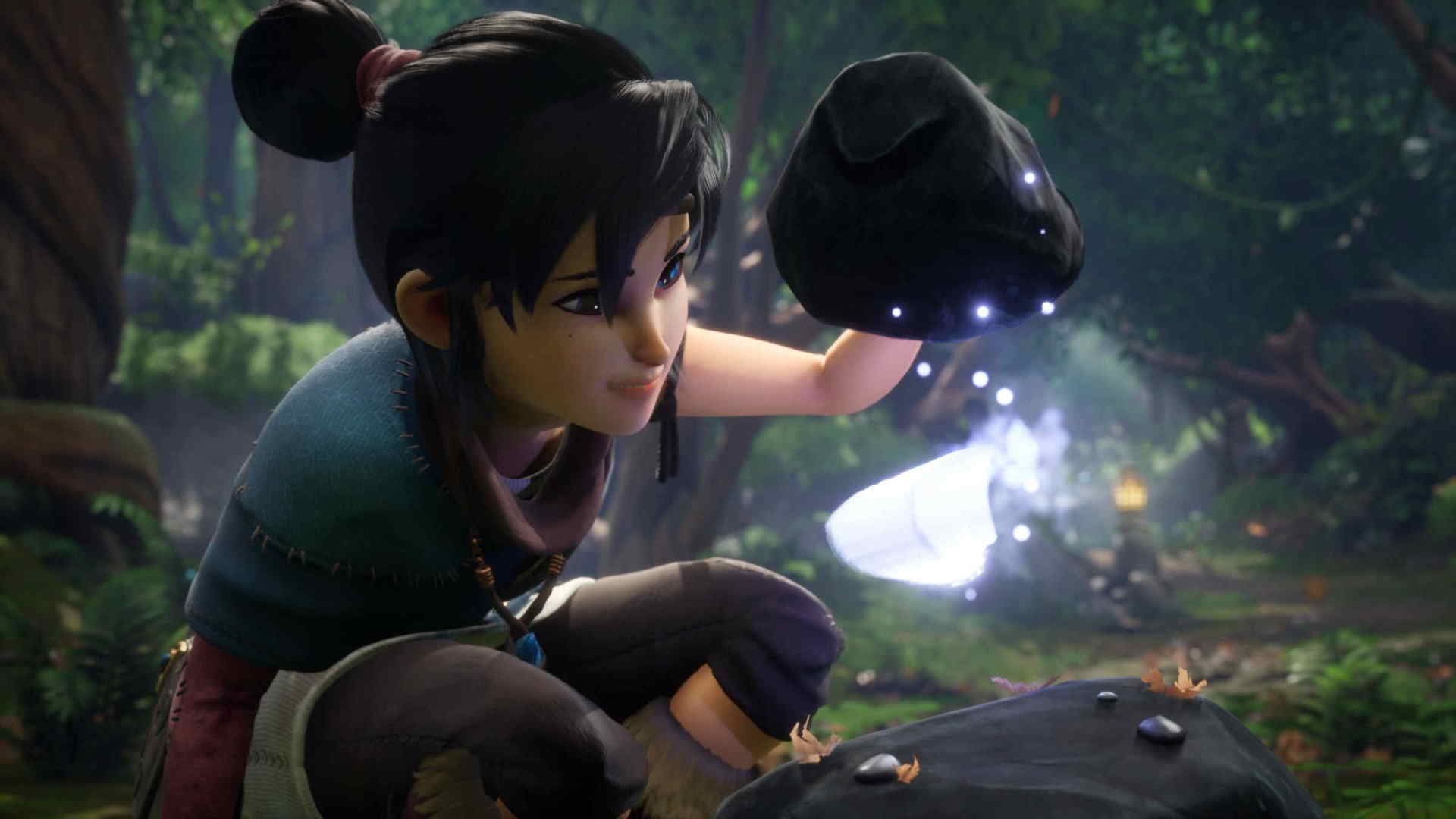 Holding L2 makes Kena pull her weapon up as though it’s a spear, and there are attacks that seem focused on debuffing enemies here. The one I had a chance to mess with allowed me to freeze enemies for a second. In fact, this move was essential in beating the first boss I encountered.

To use these moves you have to gain courage. You can fight as normal, and defeat enemies, of course. But beating enemies fills up a small bar that gives courage to your friends, who are called “The Rot”.

The Rot and its actions

The Rot are little creatures who help Kena on her journey in a plethora of ways. However, they go into hiding when enemies come out, because they’re scared. That boss I mentioned? Well, he throws grunt enemies at you so you can charge your courage. Doing so allows you to use your freeze move, and that’s how you damage him, because he vanishes if you get close otherwise.

Aside direct combat, the Rot can help you solve puzzles. I had to use the Rot to move a stone that I could then ping with L1 and open a door to continue. The Rot also fixed a bridge for me so I could progress. Importantly, the Rot also can be sent to the corruption in the world which you can cleanse with the ping ability. 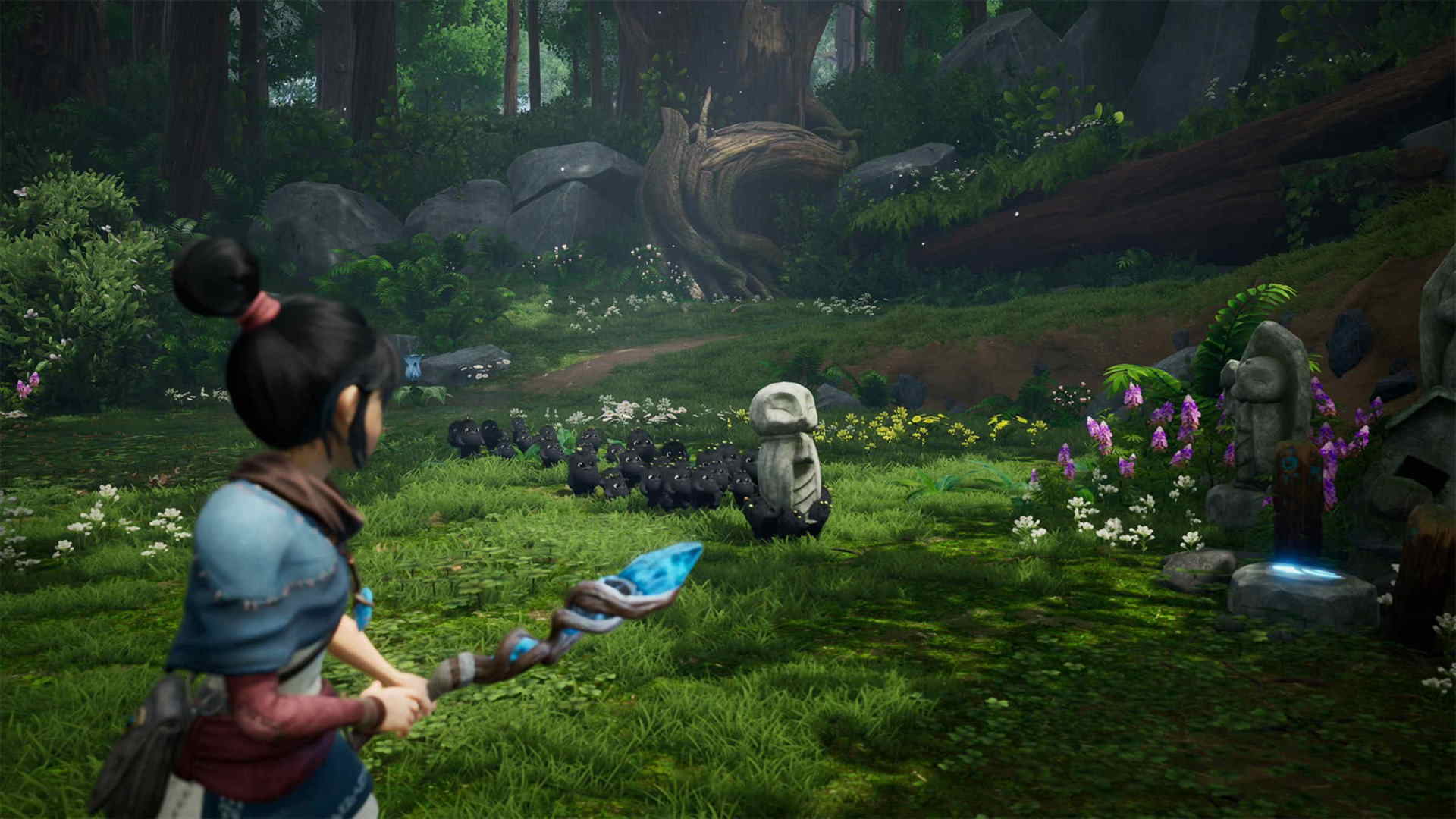 This plays into how you proceed in two ways. First you can unblock paths, which is obvious. But some of the corrupted flowers hold health that your rot actions can free up so you can heal up.

The hour I played of Kena: Bridge of Spirits offered some fun combat. But it felt like I was just getting started. I would guess the area I was exploring was the first area of around four. I’d also guess each area gives you a new way of using your weapon, like the bow I unlocked near the end of what I played.

At first I must confess, Kena: Bridge of Spirits felt a bit easy. But by the end of my time with it, the second boss I fought made me stop and think about how I could defeat it. All of a sudden he was rushing at me, and while I could dodge, it was making hitting him a lot harder.

My newly acquired bow meant I could hit from distance, of course. It’s worth noting that the longer you hold the R2 trigger down, the stronger the attack is from the bow, as well. But it felt responsive, with the dash being a great, fast way to evade attacks. I get the feeling Kena is going face tougher foes as the game continues; that’s for sure. 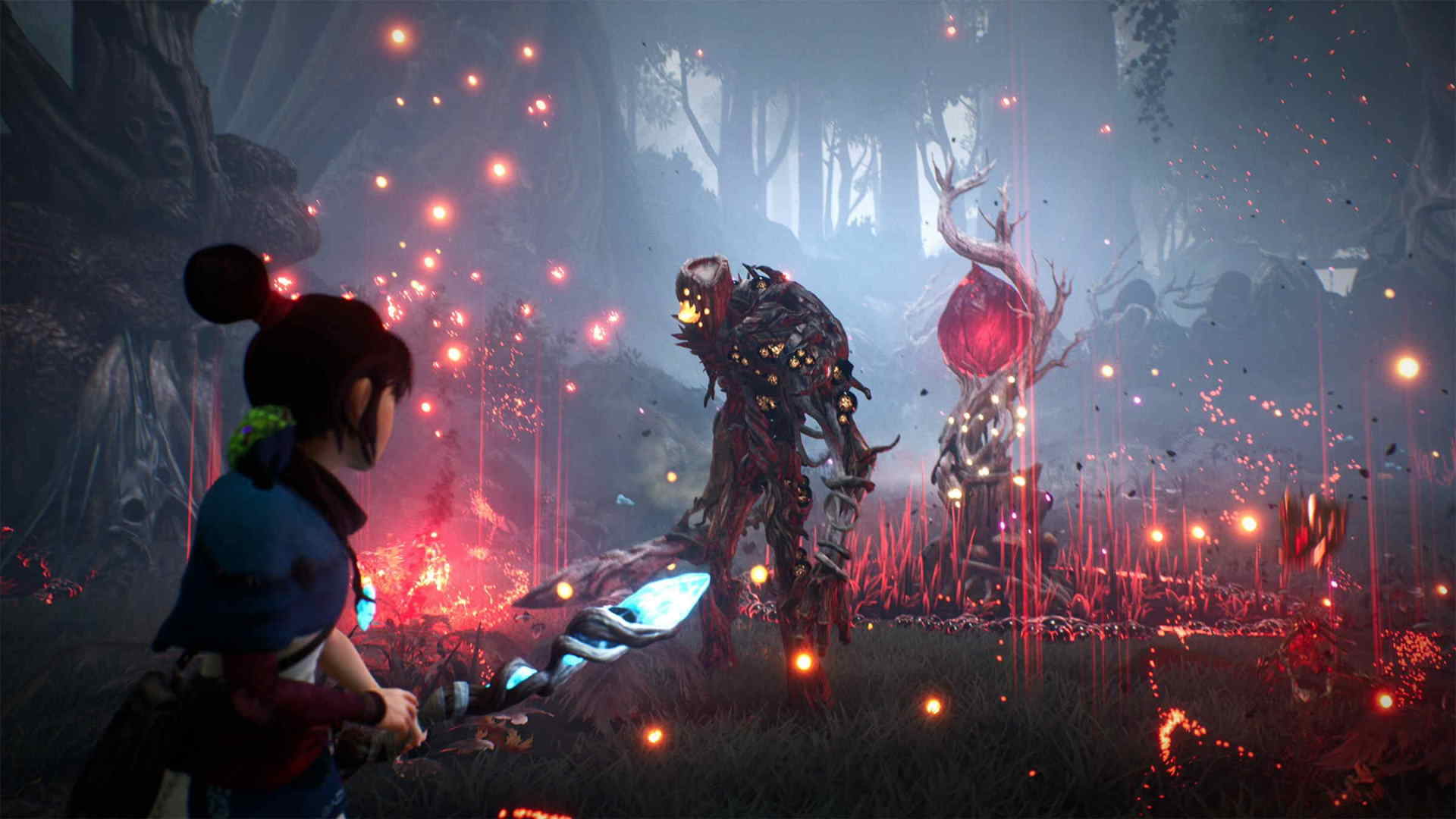 There also seems plenty of cute diversions along the way. There were statues I could “fix” with my friends, The Rot. But there were also things like cursed chests which offered enemy challenges in order to access them. The world isn’t “Ubisoft” big, by any stretch, but the Uncharted-style climbing around cliff faces offers different paths to explore at your will. There’s fast travel, upgrades, and everything you’d expect from a game of this type, too.

Kena: Bridge of Spirits was on the radar, for sure. You don’t have a game that looks as good as this without people paying attention. But I said before that I needed to play it to be certain. Well, now I’ve played it, and I want to play more. Like right now. It’s gone from a game I was hopeful about, to one I am desperate to get back to. Maybe it won’t shock some, but Kena: Bridge of Spirits is absolutely one of those games. It’s a game you need to be paying attention to, because I suspect the adorable visuals and responsive gameplay are gonna blow people away in August.

Editor-in-Chief here at GodisaGeek, I organise almost every bit of content as well as running our weekly Podcast, and being the lead producer on our YouTube Channel. That means I'm very busy and sometimes grumpy. Yay!
MORE LIKE THIS
featkena: bridge of spirits