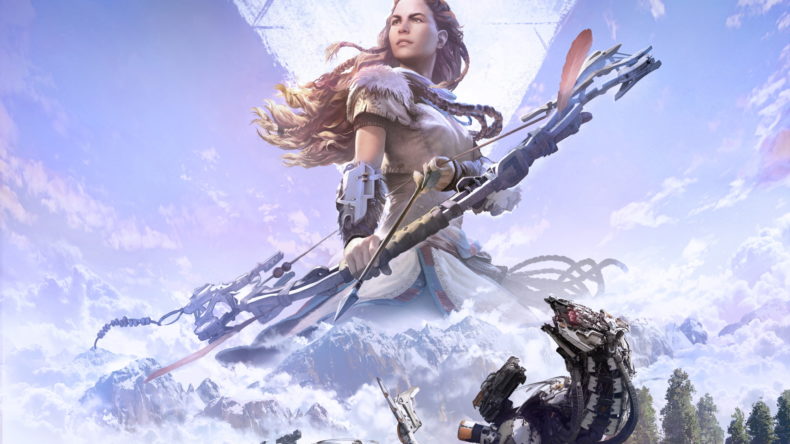 There are going to be some really happy PC players very soon, and frankly, I’m a little jealous of them getting to play Horizon Zero Dawn for the first time on PC. It’s one of Sony’s best first party exclusives on PlayStation 4 and here it is, glorious, smooth as butter, and still brilliant to look at. But first thing’s first: I think maybe it’s time for a confession.

When Horizon Zero Dawn was first released I was busy with The Legend of Zelda: Breath of the Wild. I did try Horizon Zero Dawn and I thought it was a decent, but coming back to it with a little bit of space between one of the best open world games of all time and a brand new IP by Guerrilla (the makers of the Killzone series), the qualities of Aloy and the world that had been created here hooked me in a way few open worlds do, and I grabbed every trophy available, literally playing everything the game had to offer.

This is a masterfully created world. The biomes you encounter feel realistic, yet harsh and beautiful all at the same time. It does all the things visually impressive games should do: the rain or snow batter you and make you want to get your avatar to safety, the enemies make you cautious as you learn their strengths and weaknesses. Aloy herself feels responsive,her weapons feel quick and useful, upgradable… unique even, and all of this in a genre that has become increasingly crowded since Horizon Zero Dawn first came out. 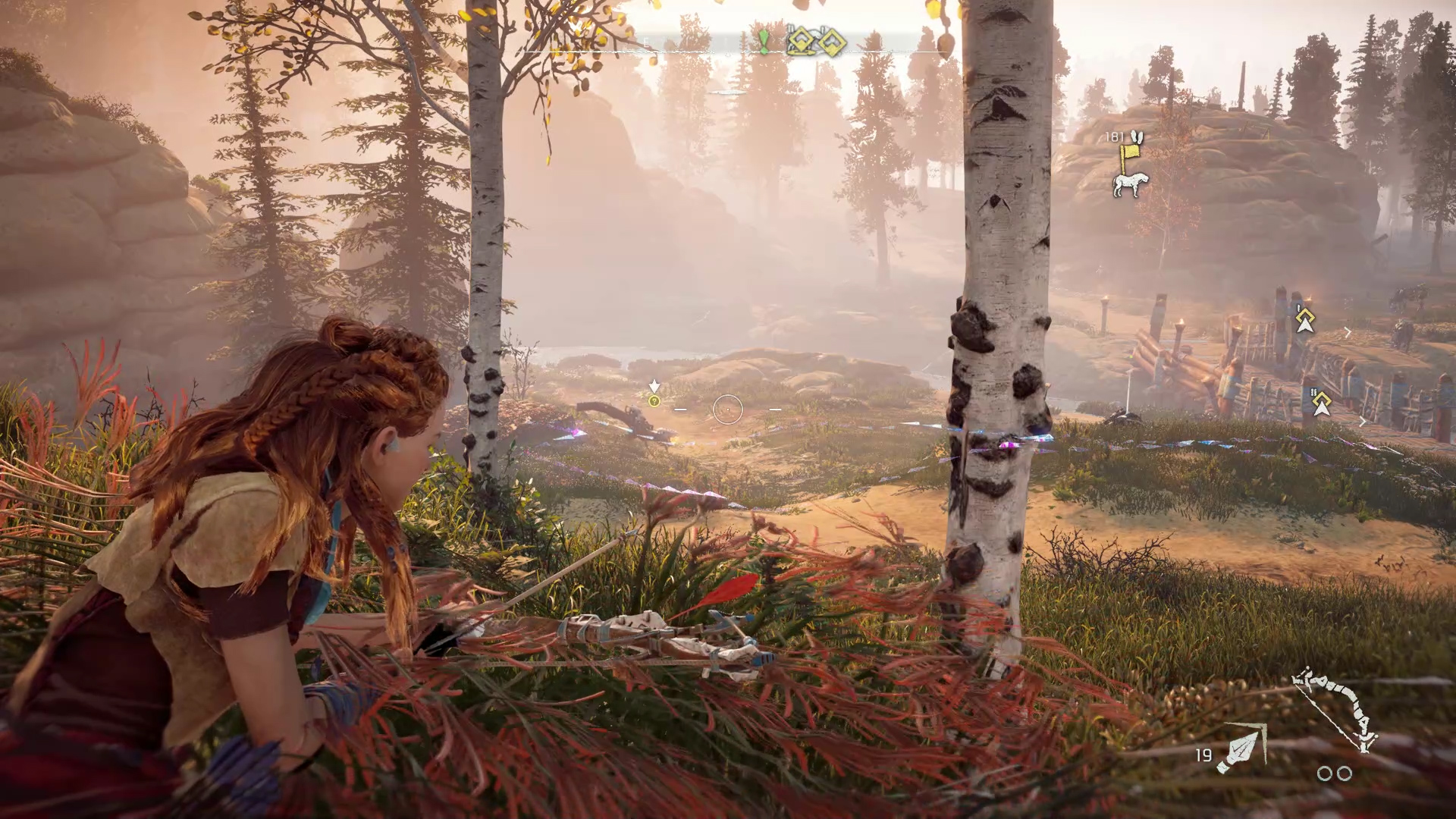 Sure, the story isn’t exactly Shakespearean, but it is the overarching mysterious universe that makes everything so intriguing, and that’s why people are so excited for this game and its sequel. This is a world that marries the old with the new, feeling at once futuristic and stuck in the past with bows and arrows and fire, and of course you’re fighting robotic dinosaurs, some of which you can tame and ride across the lands. And while I don’t think the story is the best a game has ever featured, it’s memorable because of Aloy, and Ashly Burch’s performance as the breathy redhead you first control as a small child. You’ll want to understand what has happened before you picked up a controller, and you’ll finish the game desperate for more time with Aloy; she’s just that likeable.

Revisiting it years later on PC I was slightly concerned that the game would suffer because there has been innovation in the genre since, and long-standing genre-mates have evolved into different games (see: Assassin’s Creed). But the recently released Ghost of Tsushima proves that people still enjoy open-world checkbox games with lovely visuals and responsive controls. and of course the PC version looks incredible with all the plethora of options you would expect from a PC version of a game that’s been available for a few years elsewhere. Even a lengthy benchmarking tool that you have to go through before you can even play the game couldn’t quell my thirst for replaying this one. I may as well get this out of the way now, but the PC version of Horizon Zero Dawn is the best way to play (assuming you have a PC that can handle it, obviously). 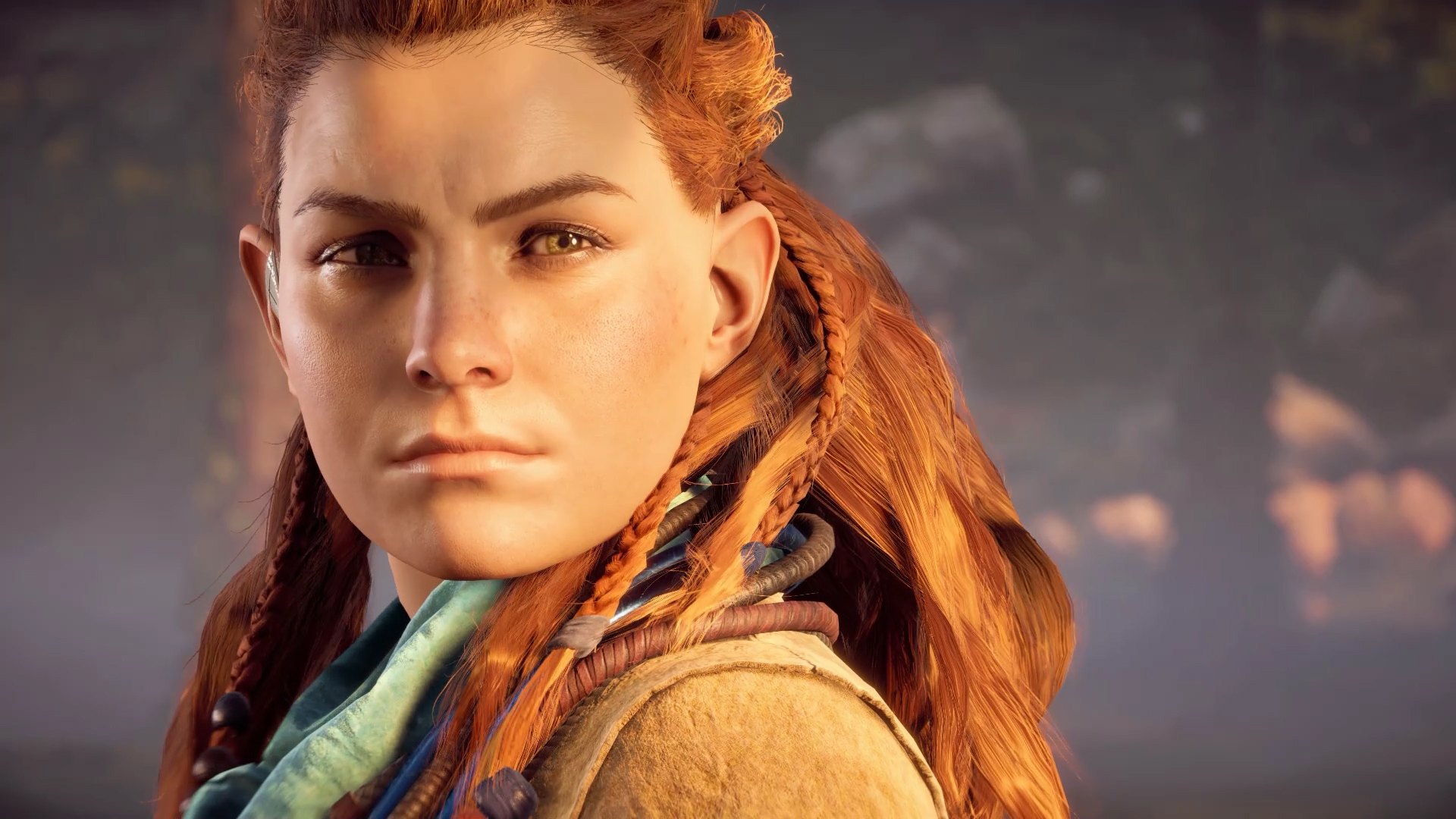 Playing this game in 60 frames per second and above with a high resolution is majestic. Horizon Zero Dawn looks ridiculous, even three years later. Of course this is also the complete edition of the game which means you have the DLC (The Frozen Wilds) and even some nice little extras in your inventory when you start it. If you’ve never played this one and even have a inkling of love for the open-world adventure genre you owe it yourself to play it as soon as possible and frankly, even if you’ve played it before on PS4 there’s been enough time between that release and this PC edition to warrant another playthrough; especially with the enhanced visuals.

It plays as well with a mouse and keyboard as it does with a controller, though after an initial few hours playing mouse and keys I found myself moving back towards the tried-and-tested controller method. But really what hooks you in is the combat. Identifying weak points and slowly chipping away at enemies that get bigger and bigger is a wonderful feeling, and the progression from all of that really does keep you going, And whether you’re taking down a T-Rex star monster or one that’s flying above you the tools your provided all feel usable unique and enjoyable. 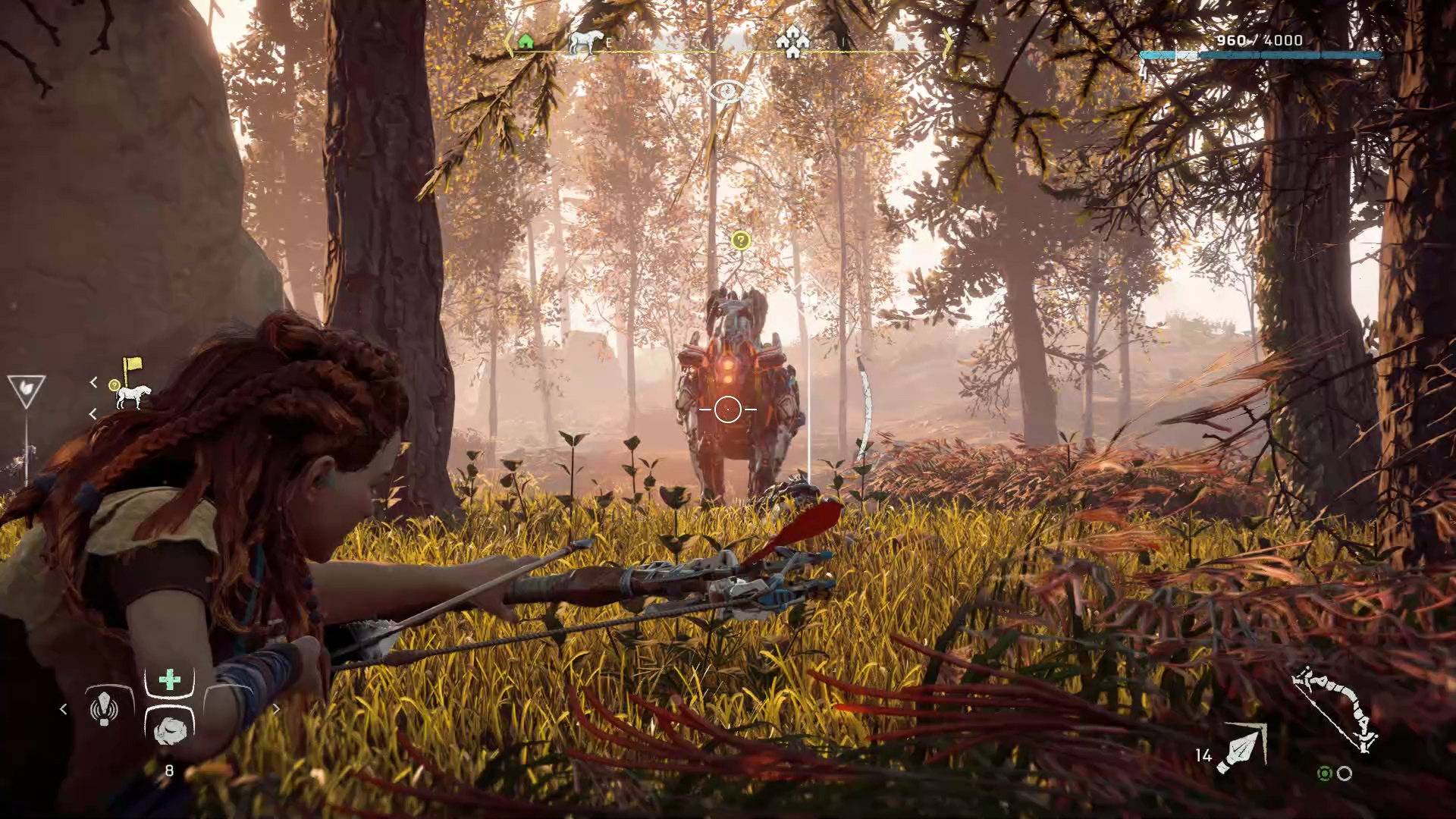 Horizon Zero Dawn, then, is still Horizon Zero Dawn, which is to say it’s one of the best examples in its field, with masterful art design, and pulsating, exciting combat. It has enemies you want to understand and learn about, characters that don’t feel throwaway, and a universe that begs for you to lose yourself in it. Now with all the bells and whistles a PC game can offer, like a high frame rate and high resolution image at the same time, or ultra-wide monitor support..

It’s remarkable, really: a game that took me six months to play became one of my favourite games of a generation. I rarely replay games these days (as most will attest, time is not something we have in abundance), but Horizon Zero Dawn is that rare gem of a game: it’s the one you make an exception for, it’s the one you just have to keep going back to, no matter how much you’ve seen of it before, and now, we have the ultimate version of the game on PC. What a strange, brilliant world this sometimes is. Horizon Zero Dawn on PC is essential, even if you’ve played it before.

Some of the story is a little forgettable

Horizon Zero Dawn is that rare gem of a game: it’s the one you make an exception for, it’s the one you just have to keep going back to, no matter how much you’ve seen of it before, and now, we have the ultimate version of the game on PC.

You may also like
GuerillaHorizon Zero Dawn: Complete Edition