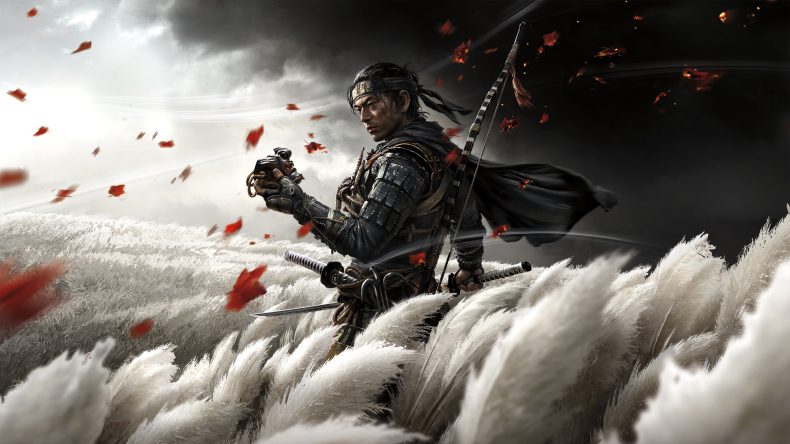 Samurais were warriors of honour. Their code known as Bushido incorporated various ideals and beliefs from three separate religions, and in every single action and decision, they led by example and became the highest ranking castle throughout the Edo Period. There is beauty and pain in Ghost of Tsushima, eloquently portrayed throughout Jin’s journey, and battling with his own self in trying to honour the code he’s been brought up knowing and doing whatever it takes to defeat the Mongols makes for an engaging story.

Not only is Tsushima a gorgeous island filled with fields of beautiful flowers and forests of golden leaves, it has many other alluring sights that constantly astound. The hot springs are serene and comforting; the snowy mountains are large beasts of nature; oceans thrash against beaches like a rapturous applause, and the various temples and homes littered throughout the three areas of Tsushima are simply stunning. The Photo Mode is a welcome addition, too. I spent far too much time snapping the scenery, and with plenty of options to make each photo different, it’s more than just an afterthought, that’s for sure. No matter where you travel to, the lack of a HUD provides ample opportunity to absorb the elegance of the land. Ghost of Tsushima is one of the best-looking games this generation, but the gameplay never suffers as a result. Instead of filling the map with objective markers and paths to waypoints, you use the Guiding Wind. By sliding your finger up on the Touch Pad, a wind blows in the direction of where you need to head to. It took me a while to get used to it, and at times the wind may not be clear when climbing up or down mountains, but it’s a unique addition that enhances your enjoyment of the visuals. It carries leaves in its path and disturbs tree branches, tussling with flowers and rustling through the grass, always aiding you in getting to your chosen destination.

Jin has a vast range of abilities to choose from, and you’re always unlocking something new. Whilst the free-running elements can be slightly clumsy (especially when climbing up and down walls and buildings) it’s superb. It may not be on the same level as Assassin’s Creed, but it’s just enough to help you along your way. Combat is excellent. It provides a challenge no matter who you face, but you’ve always got plenty of tricks up your sleeve to succeed. Your Katana is an extension of your body, and using different stances against enemies offers a range of attacks. Being an experienced Samurai, your gift with a blade provides a bounty of outcomes no matter the type of enemy you face. Swordsmen, shieldmen, spearmen, and brutes will all come at you, and switching stances on the fly not only allows you to overcome your foes, but it’s pleasing on the eyes. Archers stand on the cusp of the fight, and are an enemy you need to be mindful of. If you’d rather approach a territory with stealth, you’ll be able to use your small Tanto blade to assassinate with accuracy. On top of your two standard weapons, you’ll come into possession of two different bows, various bombs, and other items that can be used to give you freedom whomever you face. The presentation of battle is spectacular. Before each confrontation you can initiate a stand-off where you approach one of the enemies in a one-on-one fight. By holding the Triangle button and releasing at the right time, you can kill them with one swift move of your katana, and it instantly gives you the upper hand – and even this is upgradable.

Ghost Weapons are unlocked after completing quests and earning XP. These include Wind Chimes that distract enemies, and Kunai blades that can be thrown to startle or even kill. You’re given so many tools to enjoy combat that it simply never becomes dull. Even as you approach the end of Jin’s Journey, more weapons are added to your arsenal. I won’t spoil them here, but some of them are game-changers that both look awesome to use and add even more efficiency to the combat. On top of the wide range of equipment on offer, you can unlock new armour, masks, and headbands that provide different buffs to Jin, from improved stealth to concentration restoration (bullet time with your bow). You use your Resolve to fill your health bar if you become injured and unleash certain attacks, and collecting Charms you can equip to your weapons gives you added perks in battle. Once you defeat enemies or complete missions, you gain skill points to use across multiple paths, and to call it a Skill Tree undermines the hard work Sucker Punch have put in to make Jin as diverse as possible. Deflection and Evasion improve Jin’s Samurai skills by adding more options when parrying and dodging attacks. Mythic Techniques are unlocked through the Mythic Tales, and can be made more effective. You can also use your skill points to make your Stances more powerful (and add additional moves to them), your Ghost Weapons deadlier, and Evolving Tactics such as your proficiency with bow assassinations, and Stand-offs can also be built upon. Finally, you can use skill points to help your Guiding Wind find Shrines, Hot Springs, Clothing Items, and more.

Outside of the main story, there is so much to do. I can’t recall a single fetch quest, as almost everything you do feels different. Mythic Tales start off with a tale told to you by a musician through animated black and white paintings, and upon completion give you either a new set of armour, a skin for your sword, a new Mythic Technique, or a rare resource such as gold. There are Mongol Strongholds to overthrow, ‘Tales of Tsushima’ that act as weighty side missions given to you by various island inhabitants or those you recruit to help your cause. Complete Fox Dens to build your Charm slots, climb Shrines to unlock new Charms, rest in Hot Springs to increase your maximum health, and inputting button sequences at Bamboo Strikes to build your Resolve. Some of the set pieces are remarkable feats of design. Attacking castles with fellow samurai and villagers provide intense battles, and one-on-one duels across some of the most beautiful locations across Tsushima add contrast to the bigger fights. Everything you do, be it a boss fight or a Shrine, is unique, and I can’t recall a game that gives you so much variety. The story takes a while to truly grab you, but when it does you’ll struggle to step away. Betrayal and honour; doing whats right becomes a blurred line, and knowing who to trust is something that is explored in tremendous fashion. Jin’s relationship with his uncle is interesting, as is his thirst for revenge. He’s a great character that has many different sides, but throughout everything his heart is in the right place.

Ghost of Tsushima is a landmark game that blends its narrative and visuals perfectly, and has delicious, satisfying combat to boot. It does everything in its power to stay true to the greats of Samurai cinema, paying tribute to Akira Kurosawa by creating a mode dedicated solely to his style. Turning Kurosawa Mode on gives you a black and white filter with a gritty edge akin to his landmark movies, something the game never needs but is made better for having the option. The Stand-offs are great, and the way you’ll cut through Jin’s enemies will take your breath away. Traversing mountains and buildings can be clumsy, and the story takes a while to get going, but Ghost of Tsushima is a breathtaking experience that feels like nothing else I’ve played before.

Ghost of Tsushima is a landmark game that blends its narrative with its visuals perfectly, and has delicious, satisfying combat to boot. Climbing is clumsy, and the story takes a while to get going, but overall it's a truly wonderful game.