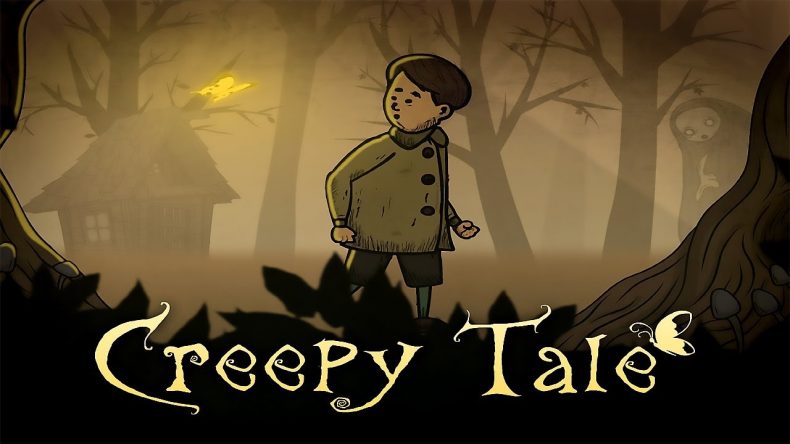 Creepy Tale is a puzzle game that doesn’t exactly hold your hand. For many of the challenges you encounter, you’re required to use logic, but at the same time you’re also relying on blind luck and guess work. It borders on downright difficult. Some puzzles have you picking objects through trial and error, whilst others want you to pluck the answer out of thin air, making Creepy Tale feel almost impossible at times. It’s like asking you to win a game of chess without knowing any of the rules. There’re segments that require you to move runes across a board with no clear pattern, and if you make a mistake they all reset and you have to start again. It wants you to struggle, and you’ll do so time and time again.

There’re some fantastic puzzles littered throughout Creepy Tale, which makes it more frustrating when you encounter one that makes no sense. Maybe I missed the cues, and if there was any guidance I missed it. One of the smartest puzzles has you creep through a witch’s house to try and poison her. You must head downstairs and pick three mushrooms to create the poison, with the clues appearing on a painting above her bed. It’s layered, smart, and gratifying once you drop it in her stew and she swallows a spoonful, watching her collapse in a heap on the floor.

Others provide intricate sections where you must lure out a twisted librarian with fish, and use a selection of dream catchers to learn a melody on your flute. There are items you pick up with only one use, such as a leg of meat and a bell, but there’re some items that become more useful across different puzzles, such as a fishing rod. With many games that require you to think for yourselves, there’s always an obvious answer eventually, but Creepy Tale never presents the answer as lucidly as you may like. Deqaf Studio has crafted a complex web of puzzles that strive to push you to the edge of sanity, and if you’re willing to commit yourself to them, then maybe you’ll find an enjoyable game here. Creepy Tale is a pretty game. It blends the likes of Grimm’s fairy tales and Where the Wild Things Are, all upon a brown palette that looks like something from a seventies cartoon. Imagine a messed up version of a Raymond Briggs animation, and you’re almost there. The monsters you encounter normally want you dead, from hairy creatures with glowing eyes to trees that throw you to your death. If Limbo had a bit of colour, then you’d end up with Creepy Tale. Not every monster wants to kill you, but every single one is unsettling. Your journey begins after your brother goes missing as you pick mushrooms in the woods, and along the way you’ll uncover a rather disturbing series of events.

It’s a short game, and you’ll likely finish it within a few hours. What takes so long is finding the solutions to the game’s difficult puzzles. Creepy Tale leaves you feeling uneasy. It’s art style and sound design give you the creeps, and in its best moments provide a disturbing look into the human psyche. It’s incredibly smart – maybe too clever for its own good. I wouldn’t say I enjoyed my time trying to find the answers in the game’s various chapters, but I can definitely appreciate what the developers were trying to do. If you’re after a puzzle game that doesn’t stick to the typical tropes, Creepy Tale is definitely for you. It’s eerie and unsettling, beautiful and disgusting at the same time, and always presses for answers to be found in the dire circumstances you find yourself in.

Far to difficult at times
Some puzzles don't offer any guidance

Creepy Tale never relies on typical puzzle tropes, and has a wonderful art style that is both unsettling and beautiful in equal measure. It's to clever for its own good, and the amount of times you'll struggle far outweighs the enjoyment of solving the mystery of your missing brother.