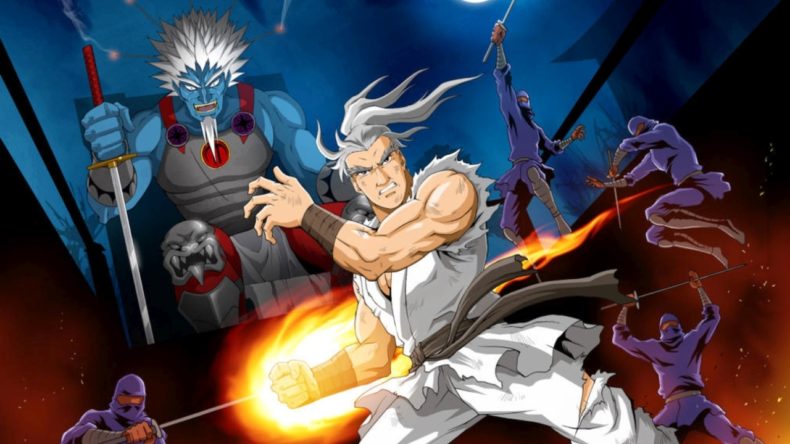 Firing up this highly enjoyable action platformer for the first time instantly transported me back to my youth. Not because I was once a vengeful martial artist seeking to take down the evil Black Mantis clan, but because of how evocative Okinawa Rush is of some fondly remembered fare from back in the day. There are little bits of Ninja Spirit, First Samurai, even Archer McLean’s peerless IK+.

Visually it is a love letter to the 16-bit era, to the arcades. There are glorious scanlines which can be switched on and off. The animations are excellent and everything is shot through with rivulets of visceral, crimson gore. There are cutscenes that have nods to vintage kung fu flicks, with some howlingly good cheesy voice acting. But this is no brainless pastiche, it all plays rather well too. 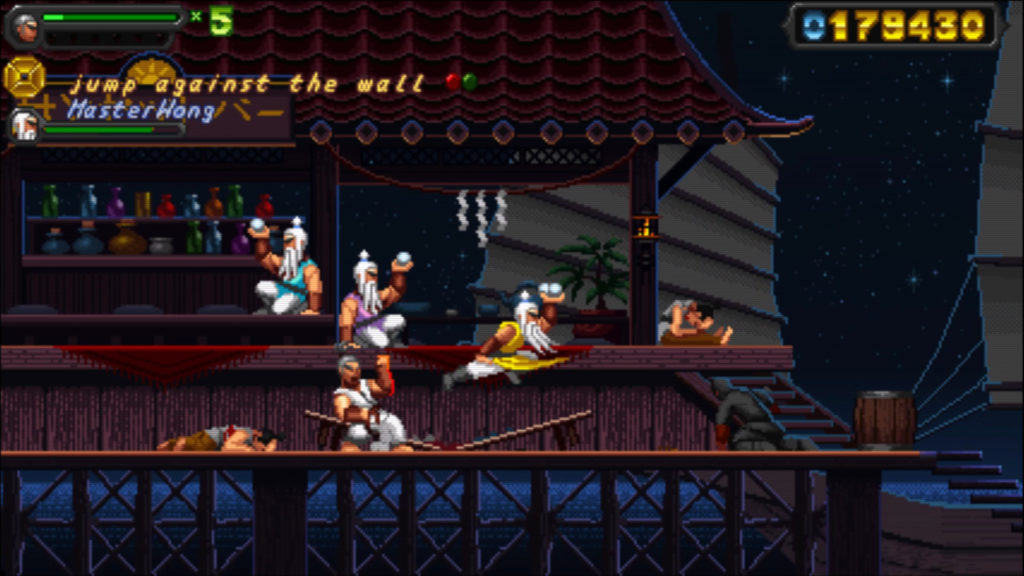 Split between Story and Arcade modes, the latter is the best recommended starting point, as you get drip fed the various nuances of combat and have a chance to test your skills in the dojo. Gameplay in Okinawa Rush is a multidirectional platform scrolling affair. The aim of each stage is to reach the boss after a punishing series of encounters with swathes of enemies, that often appear out of thin air. There are also plenty of environmental hazards, including some instant death spike traps that can sometimes be hitherto unseen and cause some annoyingly unfair lives lost in an already tough as teak game.

Dotted around the levels, sometimes hidden or accessed after solving little puzzles are treasures and artifacts which serve as in-game currency to beef up your dojo and boost your stats in some unlockable QTE minigames. You can also replenish your precious health by collecting food, and get stats buffs by finding limited time power ups. 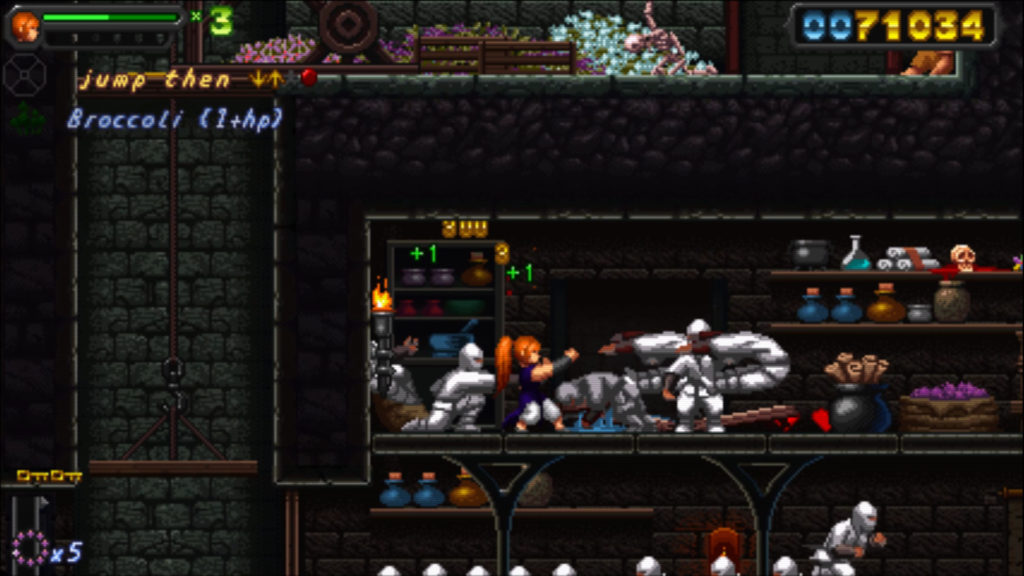 Your hero has a wide range of different attacks, some of which are triggered using SFII style inputs. You can parry certain projectiles, and have a rangy, floaty jump and the ability to perform a super-high vertical leap to get some tricky out of reach areas. There are tonnes of special attacks to discover and use, including many that I instantly recognised from the world of professional wrestling. It is incredibly atisfying to nail an evil ninja foe with a perfectly executed piledriver.

You’ll find scattered weapons which have a limited use but are extremely varied and fun to use. There are three selectable characters, Hiro and his slightly more beefy brother, Shin – and the much quicker, more balletic Meilin. They all have unique movesets and feel, and mix things up rather nicely. 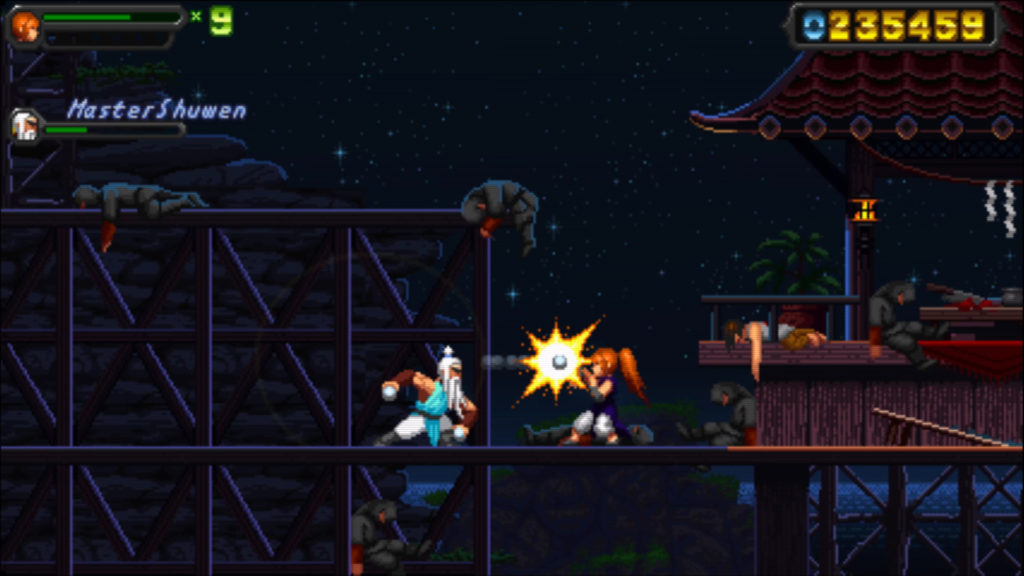 As I have alluded to, Okinawa Rush is one nails-hard game. Once you have met the conditions in story mode, there is an Arcade option to try which introduces a timer. On both modes you are given a rank at the end of each stage based upon your performance, but doing it all against the clock lends it an even more compulsive, anxiety-riddled edge. It feels like playing two distinctly different games.

If I was going to level any criticism at Sokaikan’s otherwise ace affair, which was in Kickstarter gestation since 2017, it would be the aforementioned leaps of faith, where the floaty gravity of your jumps can often see you meet your doom as you fall onto a bed of spikes or an unforeseen trap. The game does flash up warning signs when you are right on top of them, but it is often too late. In an arcade-style game with limited lives and an already high level of difficulty, this can frustrate and annoy. But then you learn the layouts of the levels just as you would have had to in myriad arcade games back in the day, and get back down to the satisfying business of knocking heads, and everything is alright in the world. Recommended.

Some unfair deaths
Difficulty will put off some

A love letter to days of ninja platforming past, Okinawa Rush is a tough-as-teak challenge that will keep you glued to your Switch.

You may also like
Just For Gamesno gravity gamesPC