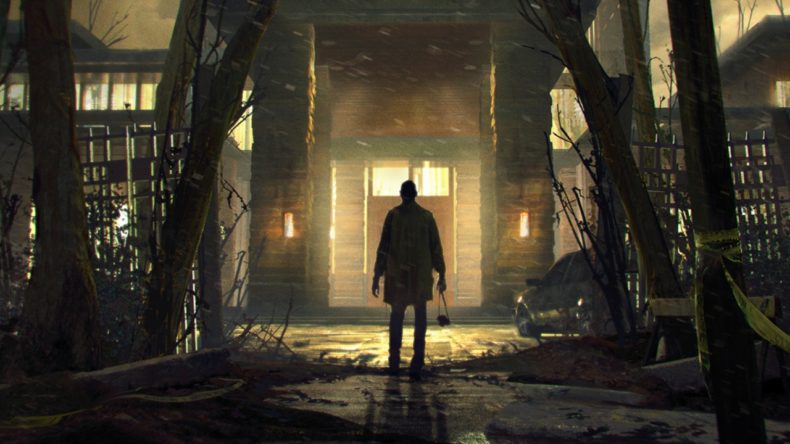 Horror “experiences” and jump scares are catnip to entice casual VR players, as the hardware often suits this kind of spooky shenanigans quite effectively. The Resident Evil series has transitioned well into virtual reality, combining action with atmospheric frights. Fast Travel Games have drawn upon the rich tabletop history of the World of Darkness to have their own crack at making PSVR adopters soil their strides. Wraith: The Oblivion – Afterlife was originally in production from 1994 until its discontinuation in 1999, and interestingly explores what happens to people when they exit the land of the living and become wraiths.

Wraith: The Oblivion – Afterlife: A creeping sense of dread

Familiarity with the source material is far from essential here. The narrative-driven plot is easily enjoyed without understanding the lore and history. Eschewing vampires, werewolves and quasi-historical settings of other Darkness tie-ins, this one is set in a sprawling modern mansion. It is the home of elderly Hollywood actor Howard Barclay, and is one of the most unsettling places I have ever explored in a videogame. The game begins by introducing our protagonist Ed, who has been on an assignment at Barclay’s gaff to photograph a séance. 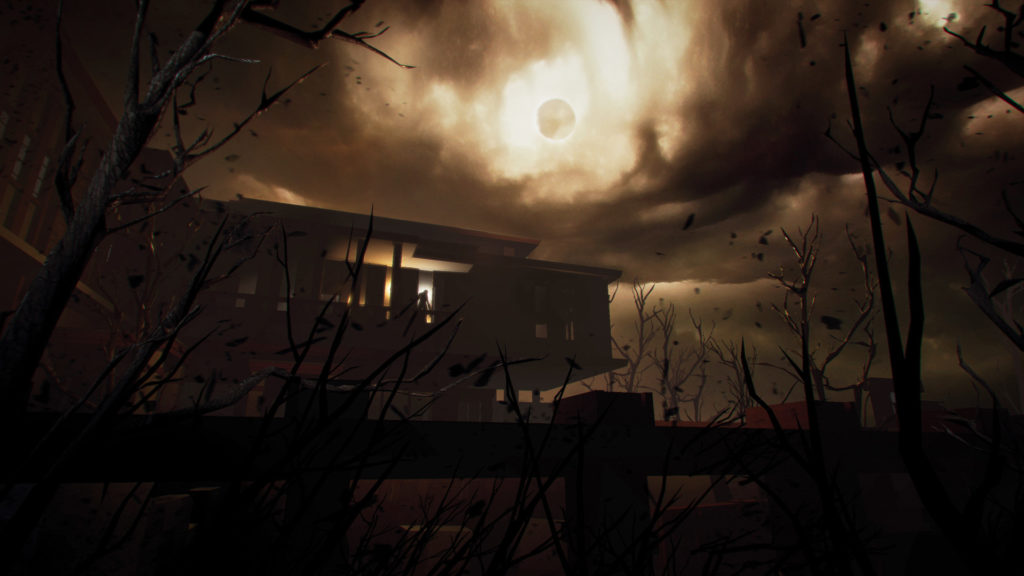 Anyone with even a passing acknowledgment of the horror genre knows that messing with seances and the mysteries of the unknown usually leads to some bad stuff happening. And lo and behold, poor Ed has woken up to realise he somehow pegged out during this attempt to communicate with the dead, and is now a Wraith. Donning the VR headgear, it is up to you to help the ghostly ex-snapper find out what the hell happened, in the crumbling, disturbing setting of a bizarre shadow-version of the Barclay Manor. Brrrr.

Something strange in the neighborhood

I don’t want to give too much away, as the plot and the slow trickle of abilities and surprises are key to what keeps this one fresh and interesting. Essentially, Ed is not alone in this vile, decaying palace. He encounters the Shadow version of himself, who helps him come to terms with the new crazy ghost abilities he can now harness, borne of the more negative aspects of his living personality. And then of course there are some nastier, altogether more evil denizens patrolling the mansion. 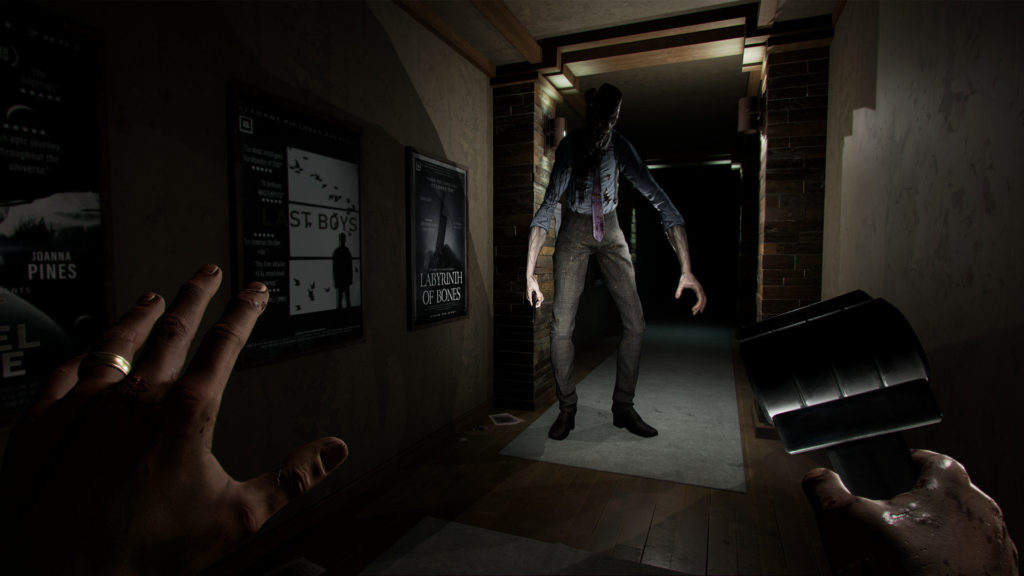 These Spectres will attack Ed, and it is up to you to either employ stealth to avoid them, or use your meagre array of weaponry to defend yourself. Sneaking past them is far from easy, as they can pick up on the slightest noise, like when I triggered an attack by messing up and stepping on some broken glass. You soon begin to feel terribly vulnerable, which increases the sense of foreboding and dread. It is immersive VR horror at its best – helped immensely by a deliberately slow pace, exceptional sound design and music, and well-earned moments of action amidst the tension.

The Spectres are absolutely horrifying, and every encounter with them is a ghoulish, pulse-quickening highlight. Amazingly, you also find yourself almost empathising with these poor wretched creatures, as you discover their fate in death, and how they ended up with their grotesque physical appearances. The story is exceptionally well constructed, even if the voice acting can sometimes be a bit dopey. It brings in loads of elements from the source board game that long time fans will recognise, but tells a blinding story that explores the nature of life after death, and gives proper humanity to its cast of tragic characters. 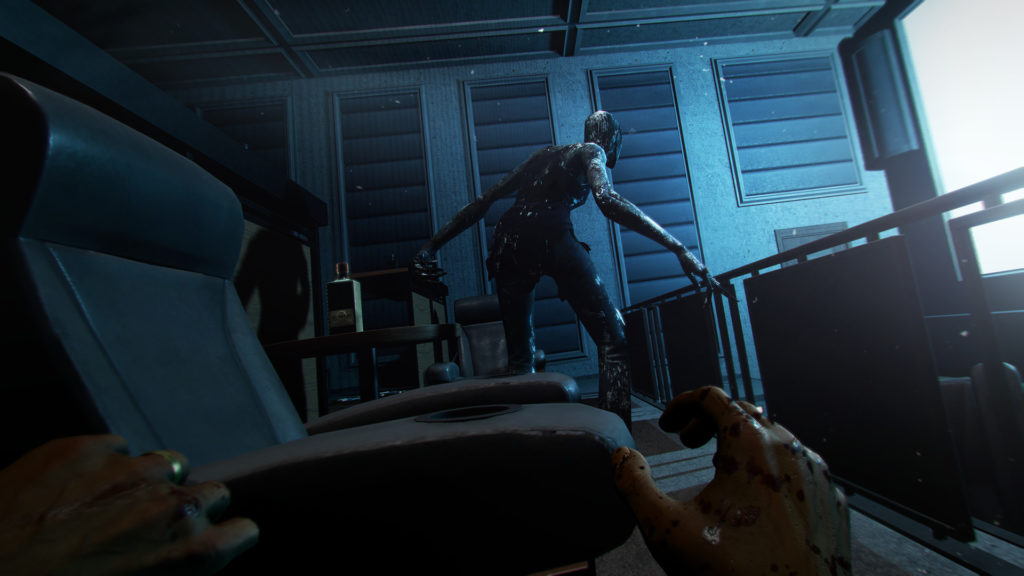 Afraid of the dark

Fast Travel Games have actually gone on record to acknowledge that the lengthy cutscenes and dialogue may not always be ideal in a VR game. But if you get as absorbed by the atmosphere and plot as I did, it shouldn’t be too much of a chore. There are intuitive controls and comfort settings that allow you to play seated or standing. With options around the amount of blur, I had no issues with nausea or discomfort in the six or so hours I spent being suitably panic-stricken in Barclay Manor.

The visuals are far from a tour-de-force, but the fact you know you are in a shadowy nether-realm and the wonderful creeping sense of dread mean that it is easy to suspend your disbelief. Wraith: The Oblivion – Afterlife is probably the best VR horror game you will play this year. Treat yourself to a disturbing outpost of the World of Darkness.

Will move too slow for some
Lots of dialogue

Thanks to its creeping sense of dread, Wraith: The Oblivion - Afterlife is probably the best VR horror game you will play this year.