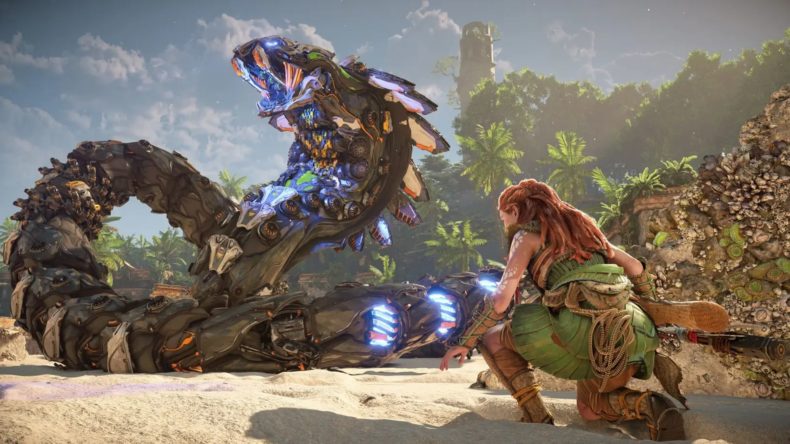 As the release date of Guerilla and Sony’s upcoming epic sequel, Horizon Forbidden West, fast approaches, the developer has revealed an exciting new trailer and key art depicting some of the new and existing characters Aloy will meet in her quest to save the world once more.

With her new adventure taking her into the titular West, Aloy will meet a host of new enemies, allies and murderous machines. Alongside returning friends like Erend and Varl, she’ll enter a land beset by war. There, the enigmatic Sylens (played by the exceptional Lance Reddick) appears to be sowing the seeds of conflict for his own gains. 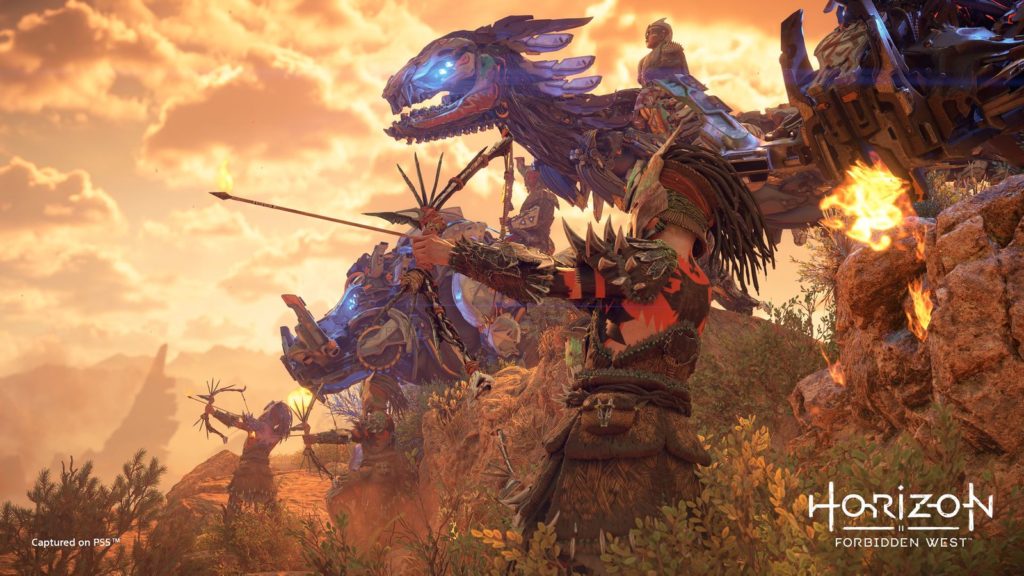 Released in 2018, Horizon Zero Dawn was one of the best games of the previous generation, with the Frozen Wilds DLC continuing Aloy’s story a year later. Now that the world finds itself in the grip of a deadly blight, and beset by rampaging machines, Forbidden West will build on Aloy’s adventure going forward and her quest for answers to the mysteries of the past.

The thrilling new story trailer shows these new characters (including Carrie-Ann Moss’s mysterious Tilda, pictured below), as well as some of the challenges Aloy will face. From huge machines of war to a marauding tribe led by the fierce Regalla, it seems the whole world is against her – which is great for us, because it means we get to explore this deadly new realm and all its dangers. 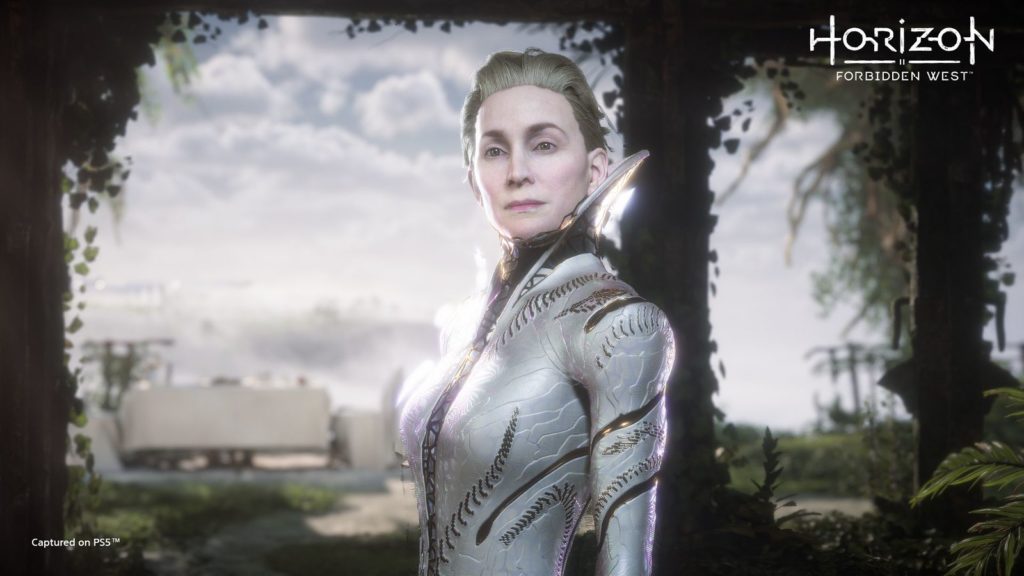 Guerilla have also released new key art depicting some of the people and environments set to feature in the epic sequel when it releases exclusively on Sony’s consoles next month. 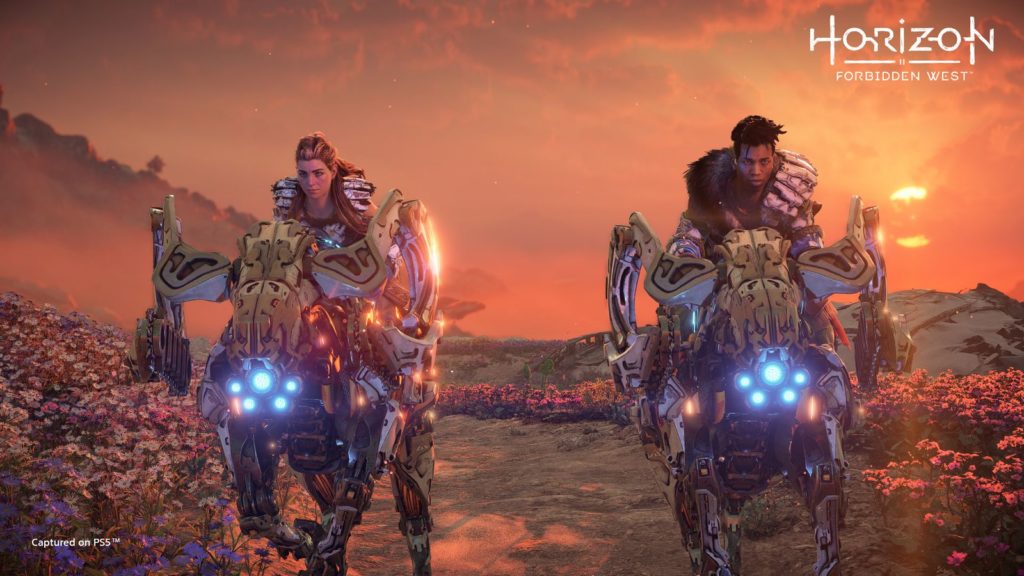 Check out the brand new story trailer below for a taste of what’s to come in Horizon Forbidden West.

Horizon Forbidden West is scheduled for release on PlayStation 4 and PlayStation 5 on February 18, 2022.

Senior Content Editor Mick has been playing games for over 30 years and writing about them for around 12. After drifting from site to site for a while, settling briefly at the now-defunct Made2Game and freelancing for the gone-but-not-forgotten NintendoGamer Magazine, he came at last to rest at Godisageek. Mick has been a reviewer, staff writer and content editor here for some time, while also moonlighting a little for Red Bull Games. He has 4 kids, has written 2 novels, and sometimes even manages to pay a bill or two. You'll usually find him defending the galaxy in Destiny 2, battling evil in Diablo 3, or lurking in the background on Twitter. Find him there @Jedi_Beats_Tank, or on XBL (JediWaster247), PSN (Jedi_Waster) or Nintendo (JediWaster).
MORE LIKE THIS
aloyGuerillahorizon forbidden westHorizon: Zero Dawn