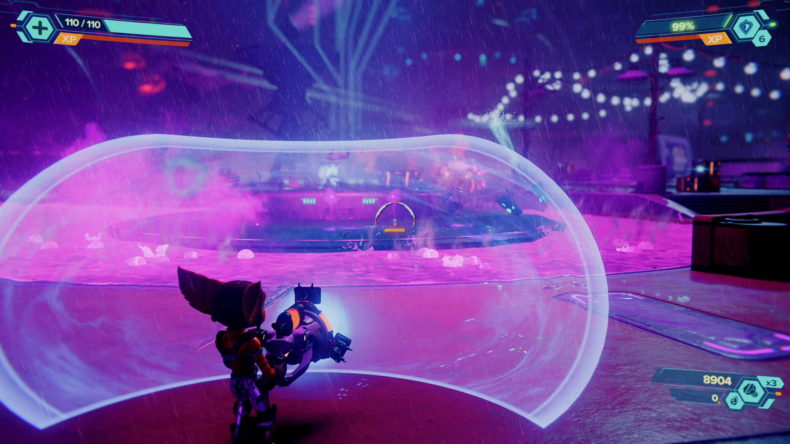 There’s a very good reason why you need to play a second time. However, it’s a little bit of a spoiler, so look away now if you don’t want to know.

Basically, once you start your second playthrough, there are more weapons available to buy. This not only lets you unlock the trophy for buying all weapons, but also gives you access to more powerful versions of your existing weapons.

Ratchet & Clank: Rift Apart Return Policy: Where do I start?

As soon as you start your second play of the game, you’ll have to get to Mrs Zurkon. But before that, we’d recommend using the “Void Repulsor” weapon as much as you can. You’ll need to get it to level 5, and then get to Mrs Zurkon. 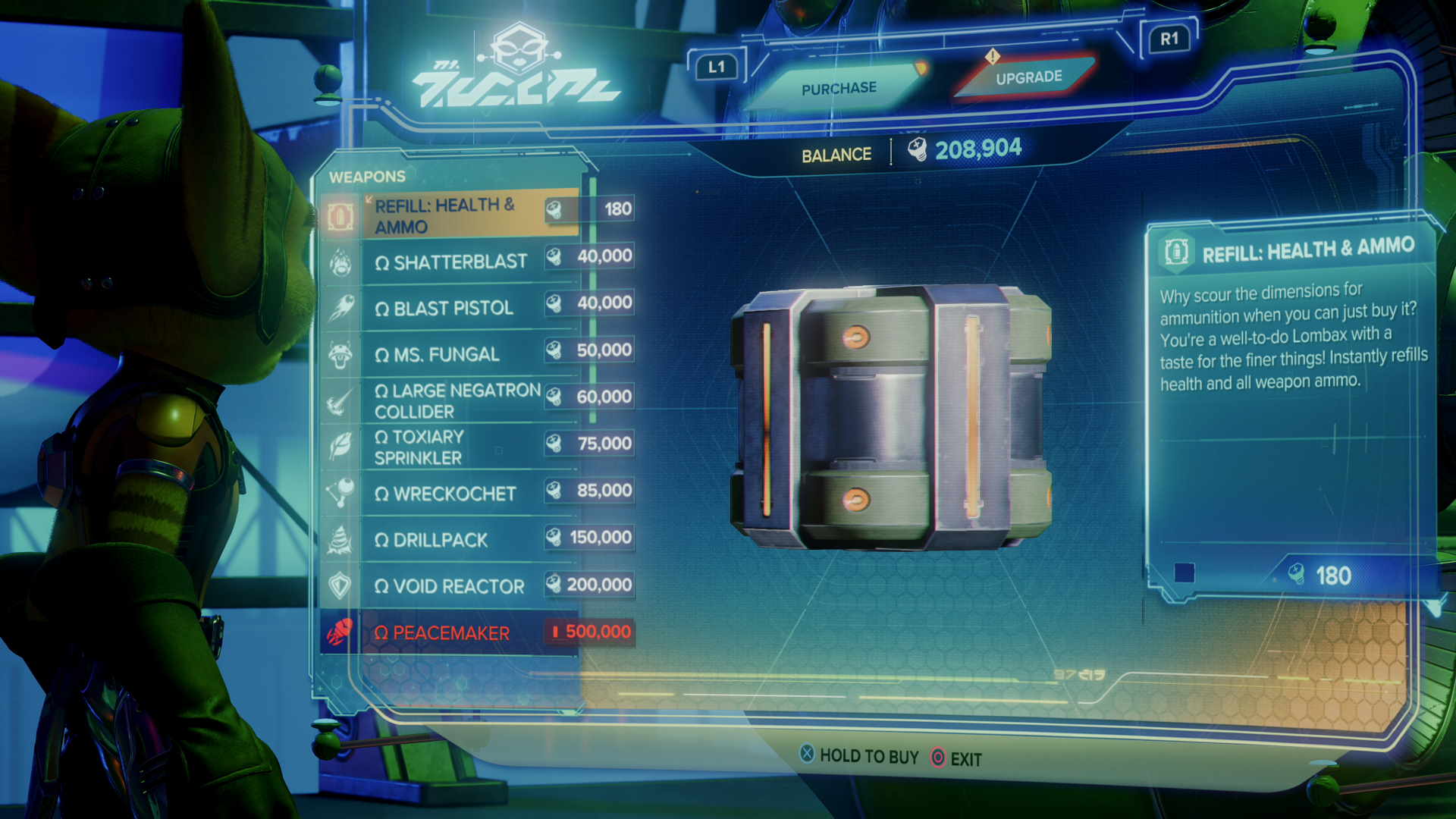 In the second playthrough you will unlock higher powered version of your existing weapons. Instead of level 5, these can get to level 10. You will need to get about an hour into the game before the Void Reactor becomes unlockable.

The “Return Policy” trophy is awarded for killing 10 enemies by returning shots at them using the Void Reactor. But as you may have guessed, before hitting that second playthrough: you don’t have that weapon. That’s why it’s so important to max it out in playthrough 1 and buy the upgrade

How much is the Void Reactor?

How do I reflect shots with the Void Reactor?

Like the original weapons, the upgraded ones have skill trees. The Void Reactor has two new skills when you hit level six. You can see the image below, to see what we mean. 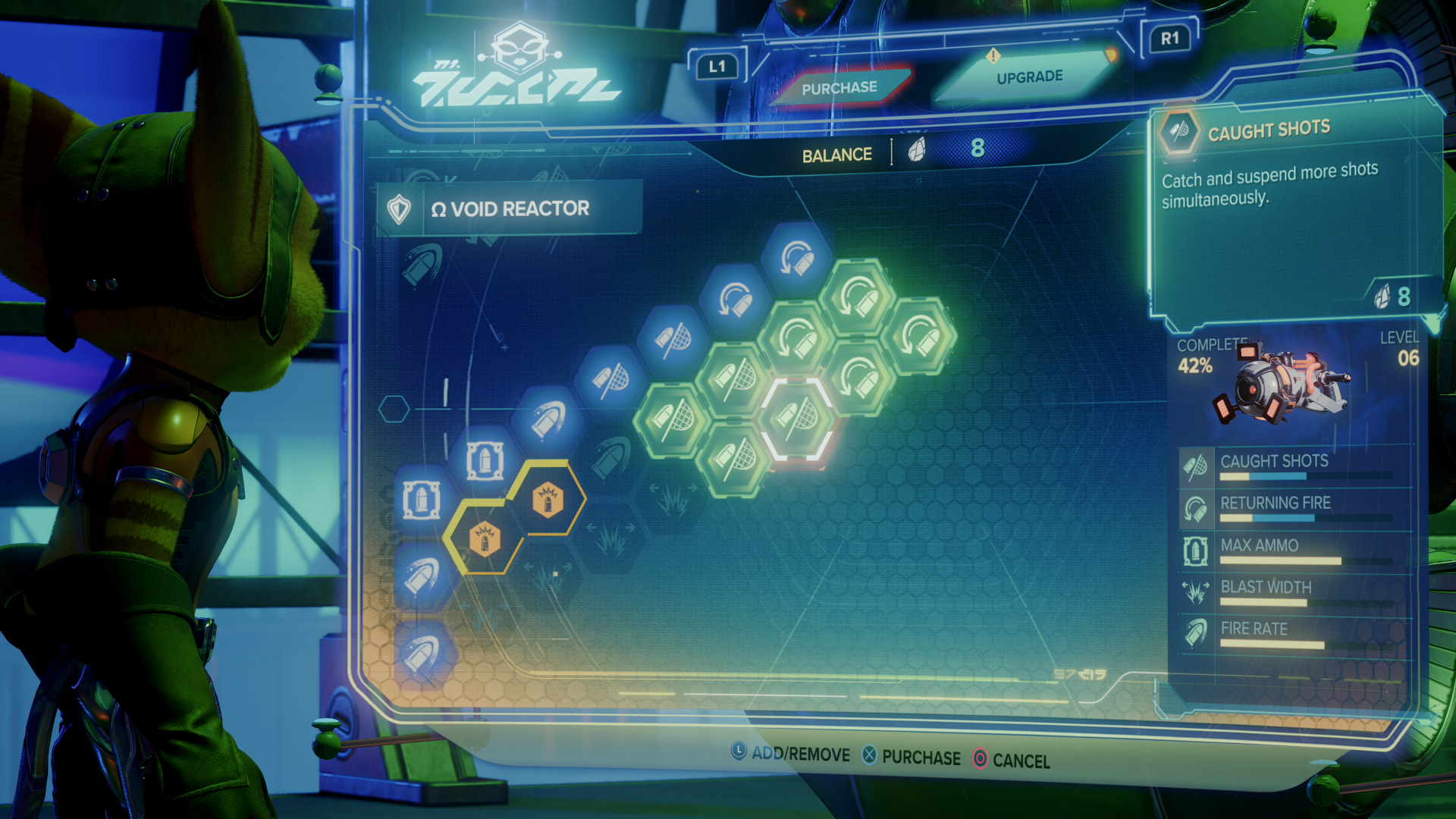 You’ll need to upgrade the “caught shots” and “returning fire” skills to make this trophy as easy as possible. A lot of enemies don’t fire at you, so you can’t reflect them, so there’s one area that’s very good for this.

Go to Zurkie’s and do the battle arena

The best place to get this trophy fast is the battle arena at Zurkie’s bar. Do the first bronze mission repeatedly, and the second wave of enemies here will give you 3-4 return shot kills per attempt. 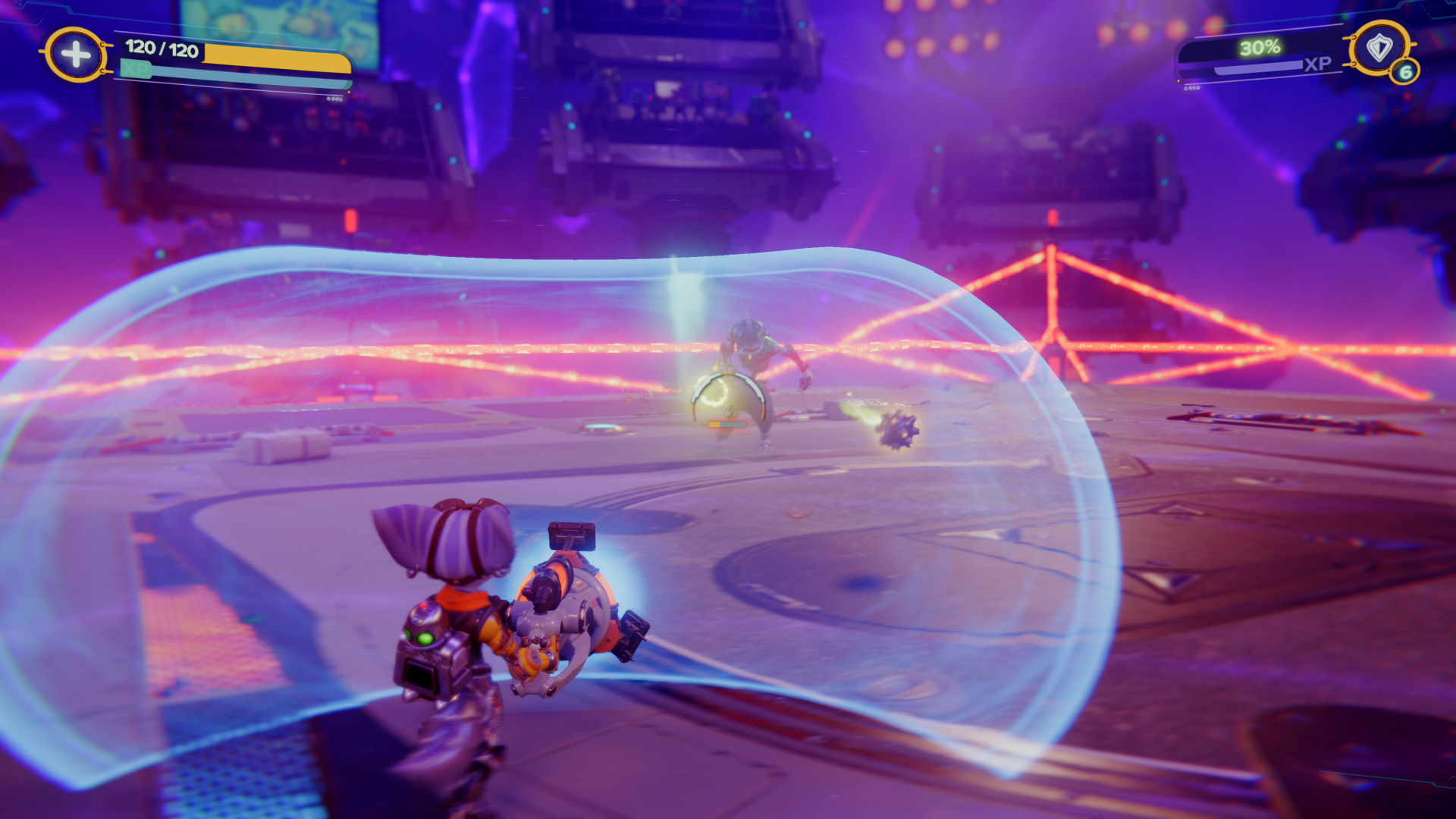 There are pirate enemies in this second wave who always fire projectiles at you. They look like spiked bombs, and are easy to spot. Hold L2 to bring up your shield and absorb 3-4 of them. Hit R2 to return fire at them, and you’ll net an easy kill.

The higher you upgrade the Void Reactor, the easier this is. Absorbing projectiles uses ammo, so it’s best to have those stats upgraded too. We recommend a 100% upgraded weapon for the easiest method of achieving this trophy.

So there you have it: that’s how to unlock the most time consuming trophy in Ratchet & Clank: Rift Apart. Make sure you follow us on Social Media and Subscribe on YouTube to never miss a new feature.

Editor-in-Chief here at GodisaGeek, I organise almost every bit of content as well as running our weekly Podcast, and being the lead producer on our YouTube Channel. That means I'm very busy and sometimes grumpy. Yay!
MORE LIKE THIS
GuideInsomniacps5Ratchet & Clank