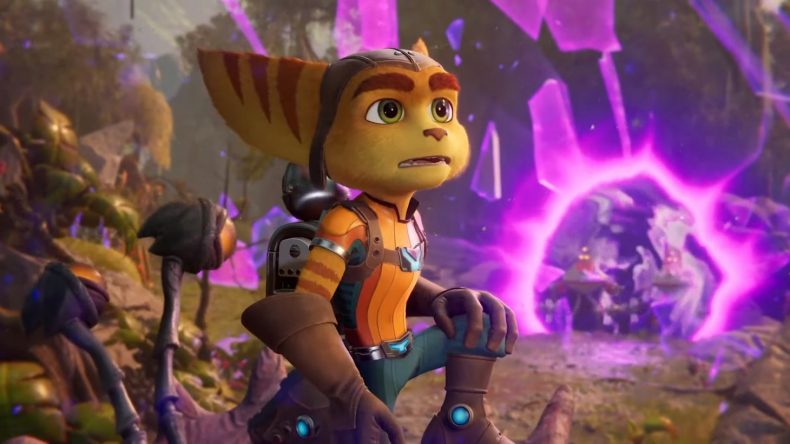 Ratchet & Clank: Rift Apart is a great game, and it’s fun to upgrade your weapons and get even stronger. Each weapon in the game can be upgraded to a maximum of level 5, and we highly recommend doing so. There are so many weapons to collect it’s hard to know where to start, but we’re here to help you understand how it all works.

What do I need to upgrade my weapons?

Ratchet & Clank: Rift Apart is a game full of collectibles, and you’ll need two different types to upgrade your weapons. First up is bolts. You’ll collect bolts for pretty much everything you do while playing. But just in case, if this is your first time with a Ratchet & Clank game? Smash everything you see. Crates are a given, but even smashing enemies and various parts of the environment will net you bolts to spend. 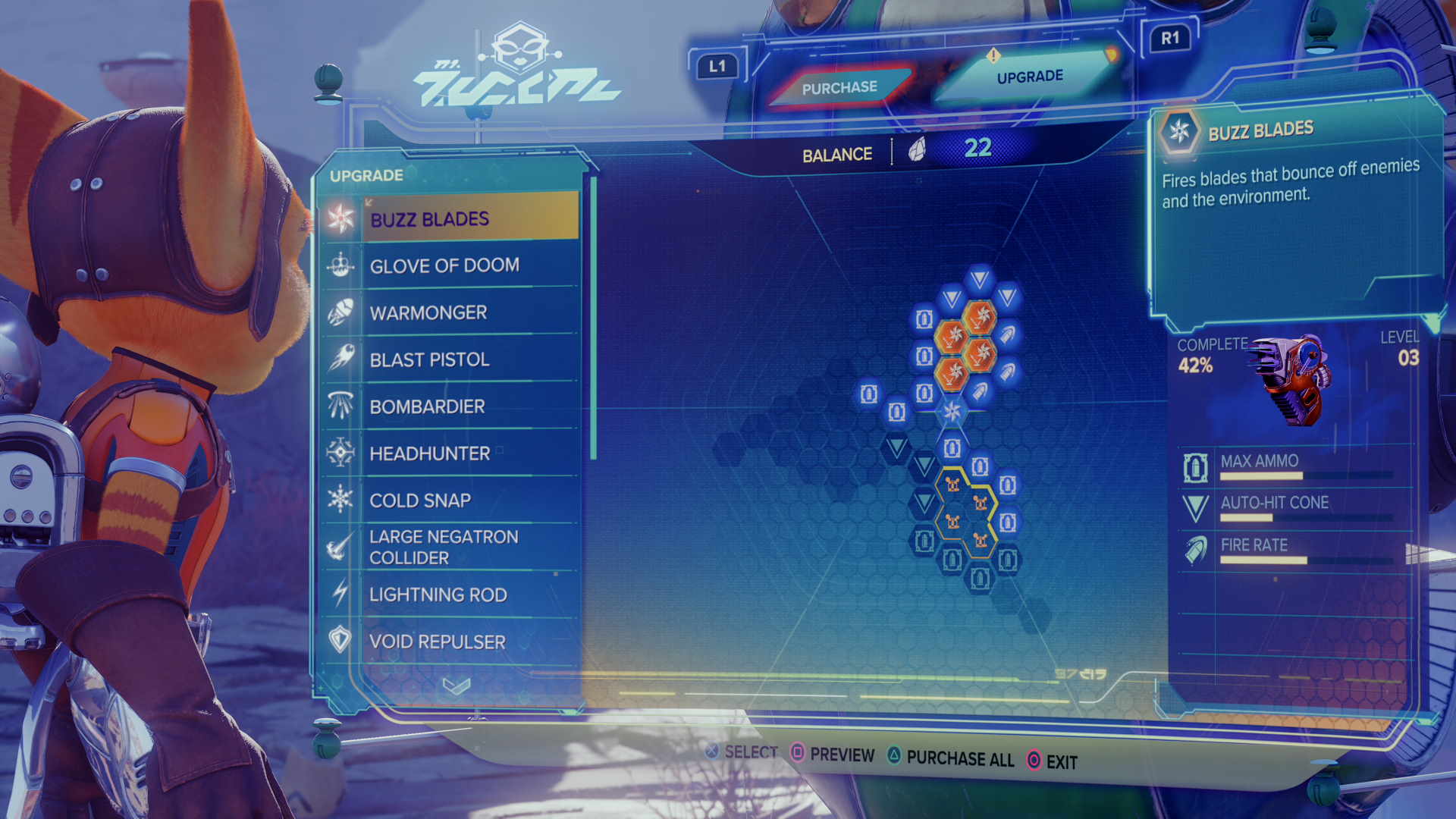 Secondly you need raritanium. Like the name suggests, this is a lot more rare than simple bolts. That said, there’s lots of this to grab on every planet. Raritanium looks like bright white shards of glass sticking out of grey and blue crates. You can get anywhere from 1 to 4 pieces per raritanium cache.

Where do I upgrade my weapons?

Mrs Zurkon’s shop will be your best friend if you want to upgrade your weapons in Ratchet & Clank: Rift Apart. Mrs Zurkon is an everpresent in the game, often appearing two or three times per level. Visit her to buy new weapons, and after a few hours of playing, you can upgrade them at her shop, too. 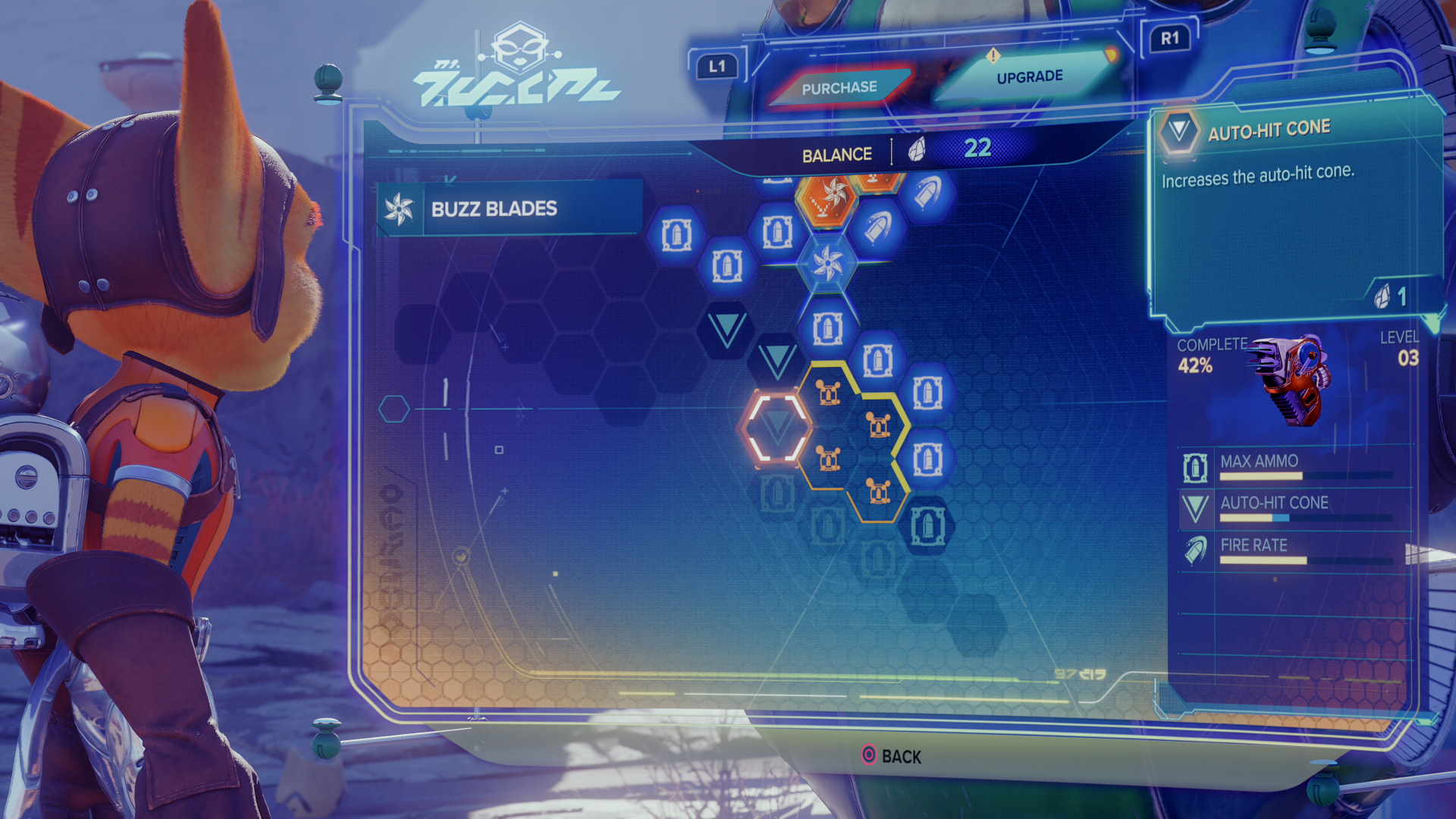 You may notice that your weapon tree looks different to ours in the image above. That’s because it changes based on what level your weapon is. A level 1 weapon cannot be upgraded as well as a level 5 weapon. You’ll want to get them to high levels as quickly as possible so you can unlock their full potential. Oh, and also to unlock a trophy for maxing out a single weapon tree.

How do I level up my weapons?

It may sound simple, but the only way to hit the max level of 5 with a weapon is to use it a lot. Some weapons will require a lot of usage, such as the Buzz Blades. Others, like the more heavy duty ones with lower ammo capacity, will level up quicker.

There’s no easy way of saying this, but our advice is to ignore the quick select D-Pad option for weapon selection. Stick to the weapon wheel and vary your attacks up. Make sure you don’t buy just one kind of weapon as well. There are enemies that you can only damage indirectly. Also, pro tip: get the Topiary Sprinkler upgraded as soon as you can. That weapon makes the challenge arenas a breeze.

What about special weapon bonuses?

As you buy upgrades using raritanium you can unlock gold cells on each weapon. These are special skills that don’t just buff damage or capacity. No, these add major boons like adding a second lock on, or decreasing spin-up time.

To unlock these you just have to buy the cells that surround the gold ones. In fact, you can even do this easily when you have a nice amount of raritanium to spend. 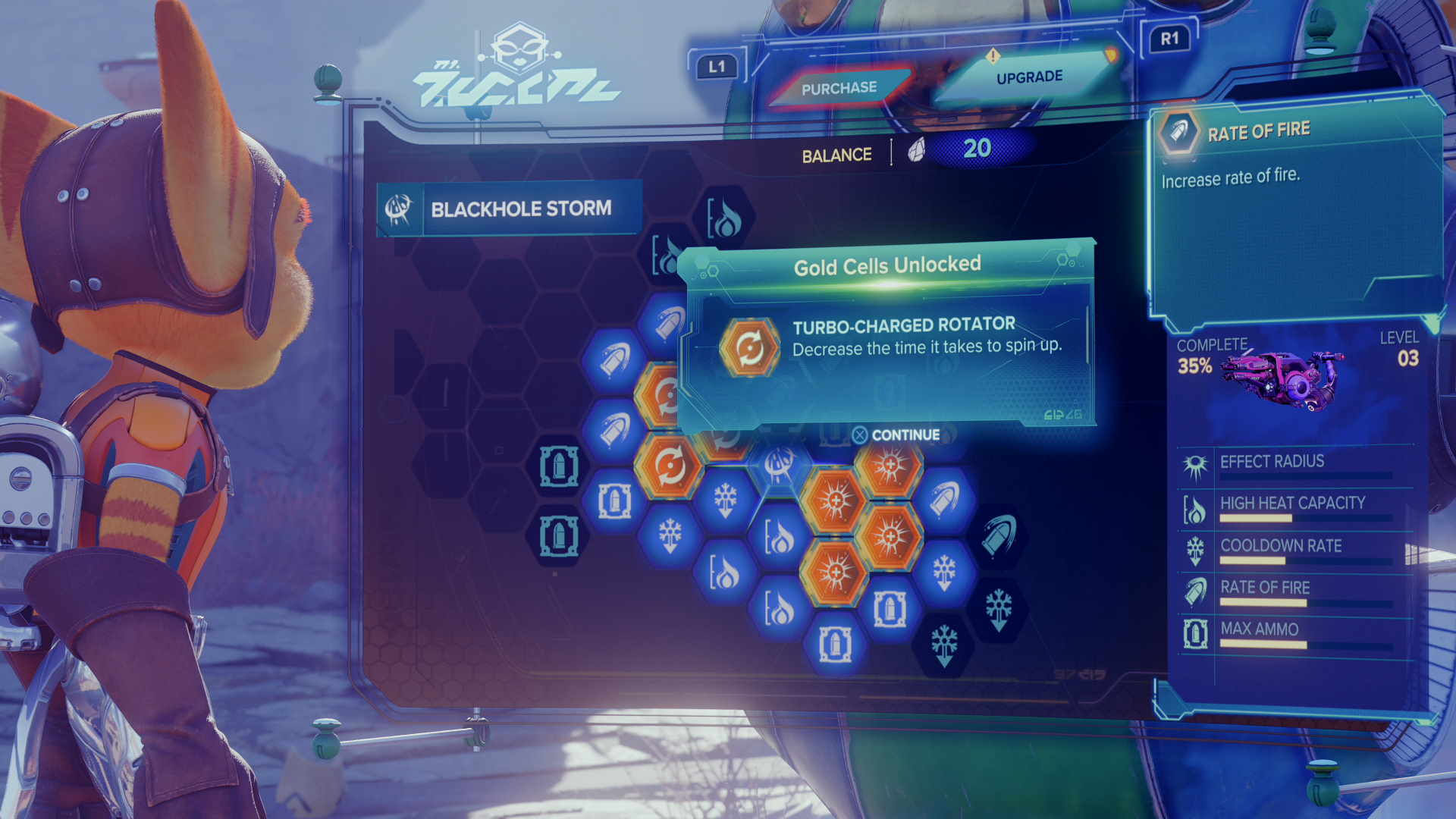 Simply hit Triangle and you’ll start a “path” you can draw on the weapon skill tree. Draw it all the way round the gold cells and then hold Cross (X) down. This will spend all the raritanium at once and quickly unlock the cells around the special skill.

And there you have it, that’s how you upgrade your weapons in Ratchet & Clank: Rift Apart. Follow us on social media and subscribe to our YouTube channel to stay up to date on everything we do.