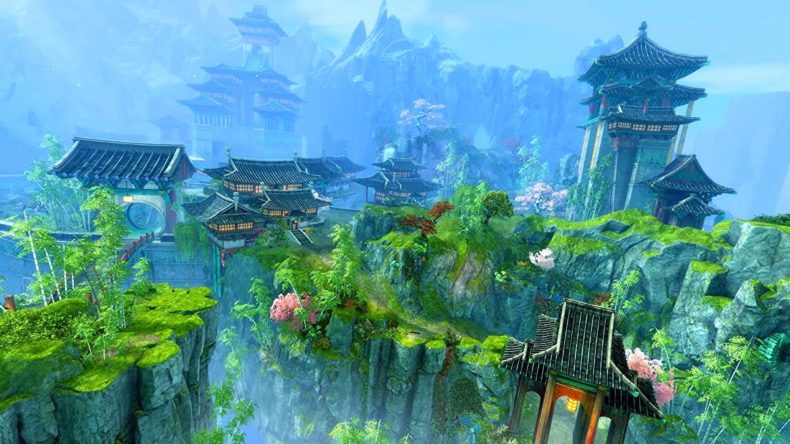 ArenaNet and NCSOFT have today revealed the first look at Guild Wars 2: End of Dragons, the third expansion for the successful MMORPG. It’ll feature loads of new gameplay features and adventures across the lost land of Canthra.

End of Dragons will feature an all new story set in a multi-ethnic lands of magic, home to the oldest nation of humans in all of Tyria. The lush region and exotic architecture has been closed off for 200 years due to The Jade Wind. However, it is where the new expansion takes place.

“We’re incredibly excited to bring players back to the realm of Cantha for the first time in 15 years,” said Colin Johansen, studio director. “End of Dragons represents the realization of the entire development team’s passion for Guild Wars 2, and our continued commitment to creating quality content for players old and new.”

Set to launch in February 2022, End of Dragons will include the debut of the first multiplayer mount, the Siege Turtle. The walking war machine is capable of carrying two riders. There’re new watercraft skills called Skiffs, as well as the option to fish for the first time. As with previous expansions, new Elite Specialisations for each of Guild Wars 2’s nine professions will provide new ways to play.

Video games are cool. Don't let anybody tell you any different.
MORE LIKE THIS
ArenaNetGuild Wars 2: End of DragonsNCsoft