previous
No More Heroes 3 | How to beat Destroyman
random
next
Break it down: how do slot games really work?
0 comments 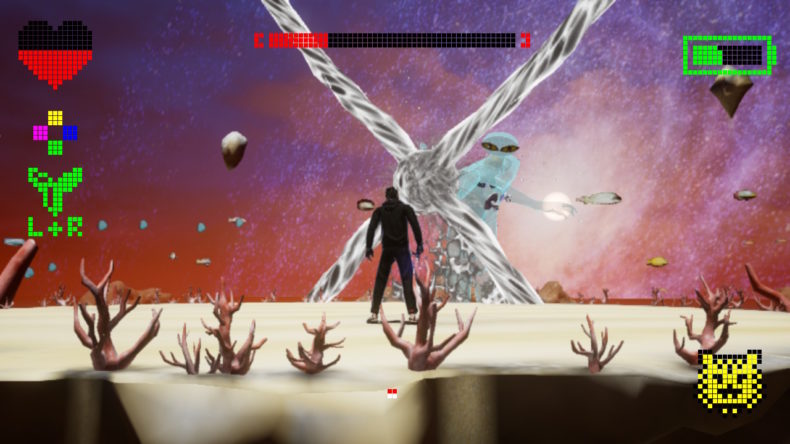 I think it’s fair to say that Sonic Juice is probably the least human boss you’ll have faced so far in No More Heroes 3. The big blue alien is a particularly ridiculous foe, but that doesn’t mean he isn’t a tough cookie. If you’ve finally made it through his turn-based form and are finding his real-time antics too tough, we’ve got you covered. 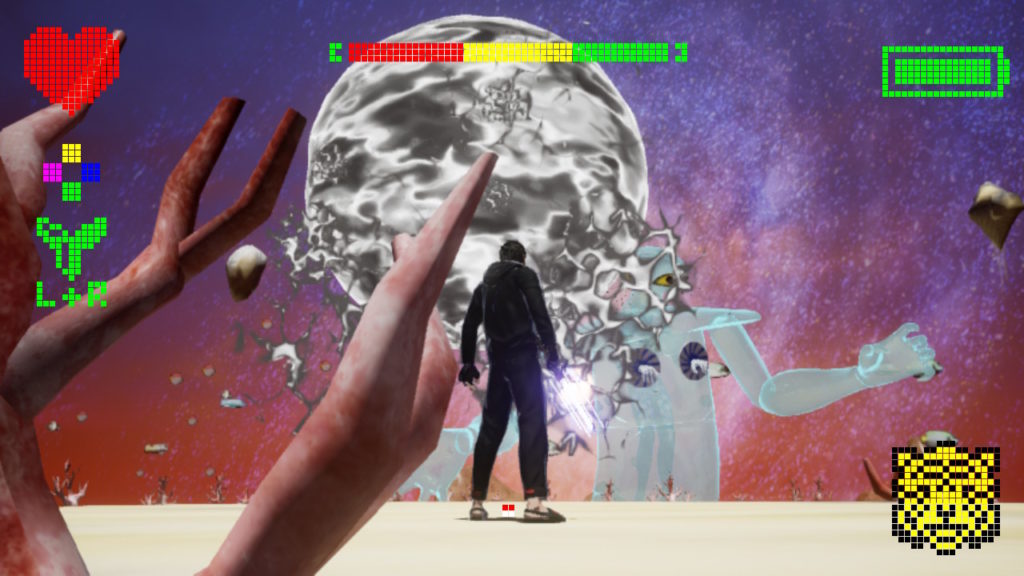 I don’t really understand what’s supposed to be threatening about this move, let alone legendary. Juice throws a huge orb of water into the air when shouting out the name of this attack, and as long as you’ve moved even slightly by the time he launched it you will not get hit.

A slow big wide swipe of the alien’s big hand, this move might not look like much but is easy to be hit by. If you’re stood right next to Sonic Juice and roll you should avoid it no problem, and will be close enough to slap him a few times before his next attack.

Another fairly slow melee attack, but one that demands a dodge to the side this time. Hits fairly hard if it catches you out though, so be careful

I’m not sure why Sonic Juice does this or where he gets them from, but sometimes he sends around 8 birds flying at you. They aren’t too hard to dodge if you hang back, and honestly don’t deal a lot of damage if they do.

Once you take down his first segment of health, Sonic Juice gets a bit more flashy. With this move, he sets lines of deadly water spinning on the floor, and although this looks impressive all you really need to do is walk in a circle to stay alive. 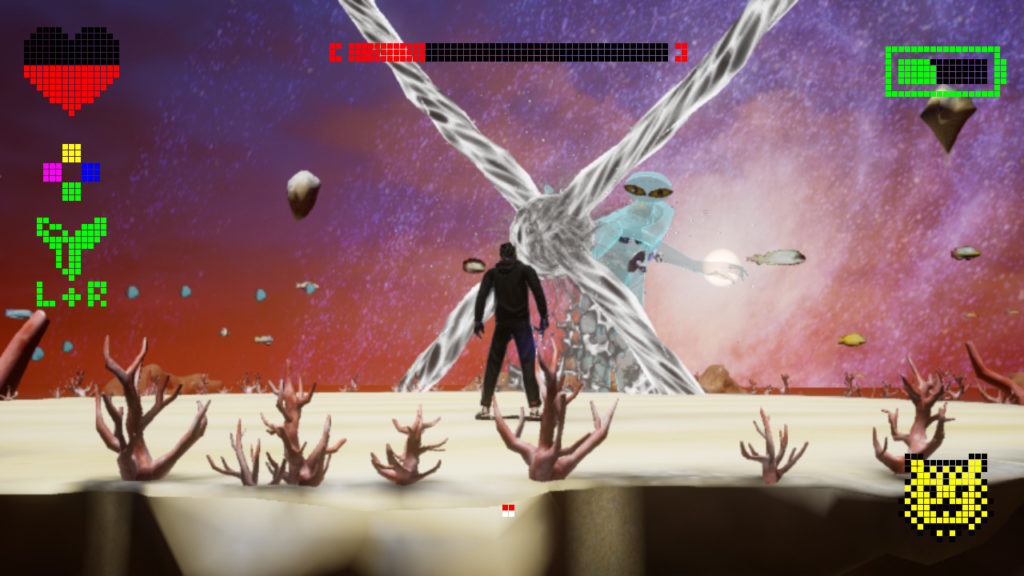 This move is very similar to the last, but the spouts of water shoot out from Juice’s finger as he pushes it towards you. It isn’t too hard to time when to duck through the gaps. The sooner you do this, the longer you’ll get to beat on the big blue fella. This is the single best time to damage him, so get to slashing. 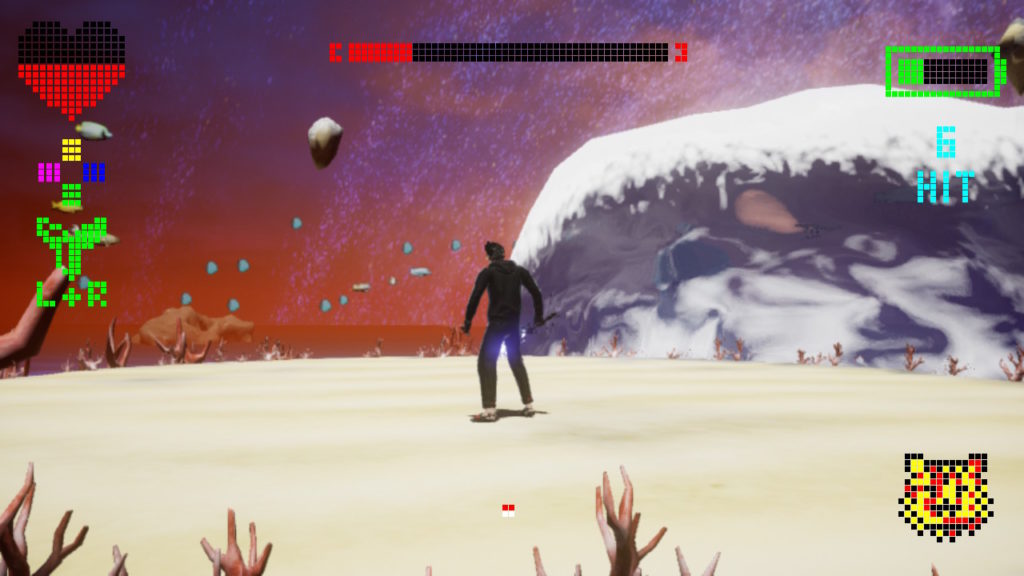 Once he’s hit his final health segment, Sonic Juice adds a couple of new moves to his arsenal. One of these is a huge unavoidable tidal wave, which looks threatening but you can actually roll right through.

This final attack sees Juice summoning more water from the floor. This time water blasts from a circle in the middle, then a ring in the middle, and finally a ring around the outside. There isn’t a ton of time to move between these dangerous sections when they swap. It’s recommended to dodge into the centre sooner than you’d imagine if you want to avoid damage.

Dodging most of Sonic Juice’s attacks is definitely manageable in No More Heroes 3. But actually damaging him as he lurks on the outside of the stage isn’t that easy. Using your Death Rain is a great way to damage him from afar. Then anytime you dodge towards his big body (especially after he attacks with Spinning Water Finger) you should activate Time Slow and wail on him. Dropkicks deal a lot of damage but are tough to land, so using them during slowed time too.

It may end up being a battle of attrition as you deal and take small amounts of damage. However, stay focused and don’t give up and you should be able to bear him with ease.