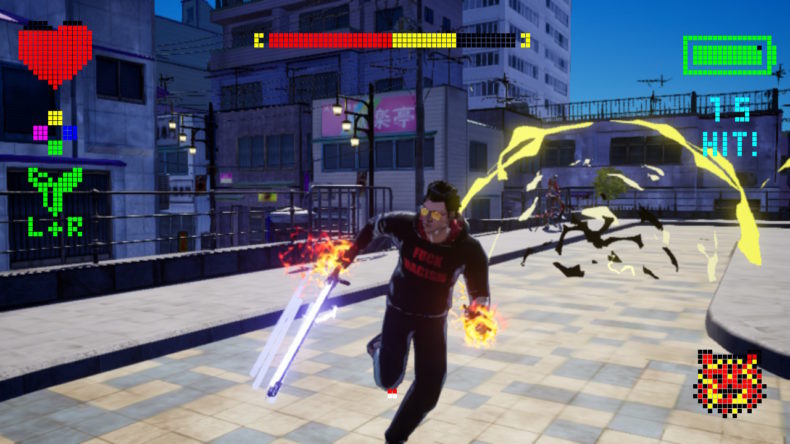 Although maybe not who you were expecting to fight, Native Dancer in No More Heroes 3 is no pushover. If you want to hit Rank 8 you’ll need to beat him down, but his fast-paced offense means this is easier said than done. This guide will help you make this ninja into mincemeat, so let’s get started.

A basic attack of three sword strikes that you’ll be seeing a lot of. Like all of Native Dancer’s moves, it’s pretty rapid, so you’ll want to get used to some well-timed dodge rolls. That way you can avoid damage and get in some counter licks.

This two-hit combo ending in an upwards slash is a Native Dancer staple, and although fast it is dodgeable and telegraphed. It’s probably his attack easiest to deal with, so just stay calm and get a stab or two in after when he’s done. 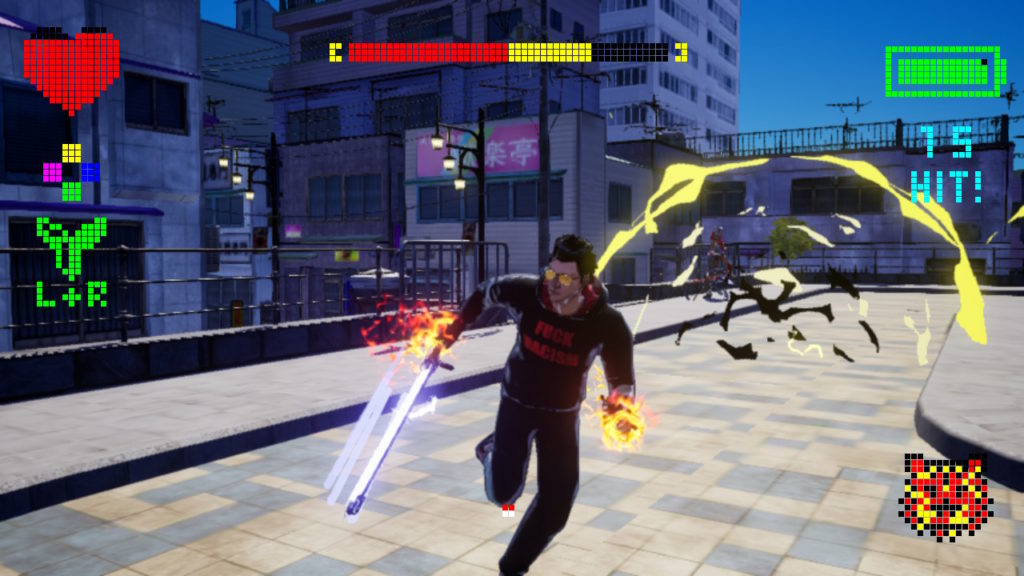 This ninja star projectile isn’t hard to dodge as it propels towards you, but once it hits the ground it won’t be long until it explodes in a sphere of electricity. As long as you don’t forget the explosion, you should be fine though. In his second health state, he’ll throw three of these at once. It’s important to get out of dodge so you don’t get caught in a wall of lightning.

After making some swirling wind around himself (so at least you know it’s coming) Dancer dashes in at high speed and goes for a big hit. If you dodge the first strike you can’t stop there as he has a sneaky second stab that he hits with almost no warning. As long as you remember to dodge both offensive maneuvers you should be okay. 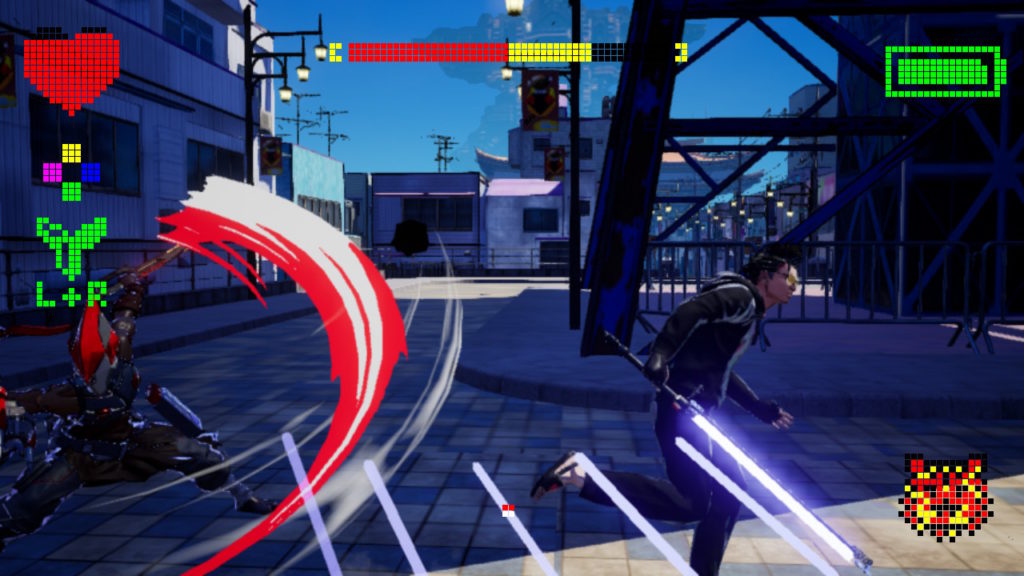 This is one of the flashier move in Native Dancer’s arsenal. Your ninja foe will run up the central structure of the arena then spring off directly at you for an attack. Once you know it’s coming it isn’t too hard to roll out the way. But beware, once you hit that second health state he’ll alternate between two wall run attacks. The second of these sees Dancer spinning through the air with his sword, then smashing into the ground and unleashing a shockwave. Keep an eye on which attack he’s unleashing and prepare to dodge or jump accordingly. 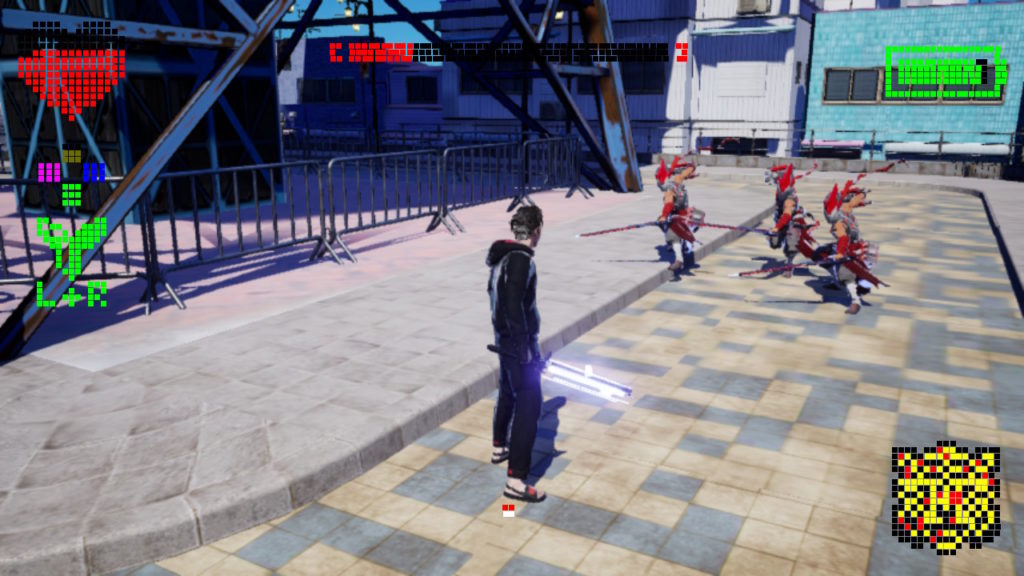 Native Dancer’s most memorable move is definitely his ability to create 2 clones of himself. These clones don’t have a lot of health, but while they’re alive you’ll be dealing with triple the incoming attacks. It is essential that you get rid of these extra enemies asap, not only to stop their attacks but also because each one you dispatch will give you a spin of the slot machine. A lucky invincibility or throw mode can really turn the tide of battle.

You’ve just been given access to your full arsenal of Death Glove moves in No More Heroes 3, so use them! If you take advantage of all these new abilities and don’t hold them back, Native Dancer should go down easily. The force throw is especially useful, and can interrupt incoming attacks. It can even pluck Native Dancer from the wall as he starts to do the wall run attack.

Time slowing when you’ve dodged an attack will give you a huge window to wail on the fool. Also your Rain attack is great for damaging all foes in an area when you’re dealing with the clones. This fight is meant to demonstrate the power of all these new abilities, so use them wisely. If you do and dodge well, you’ll beat Native Dancer in no time.