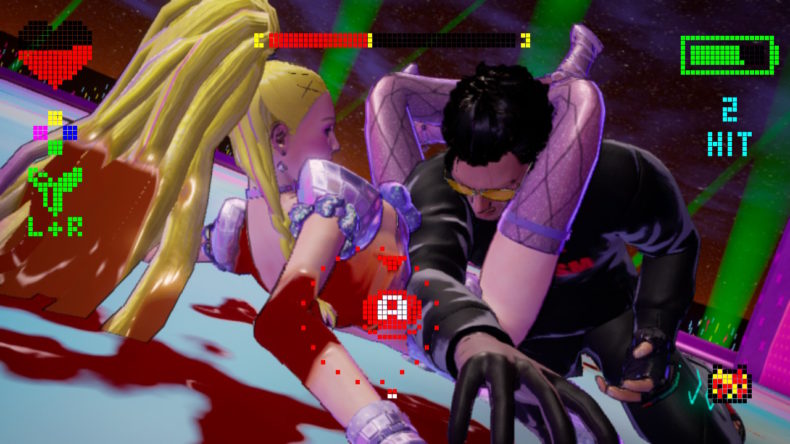 After the greatest introduction leading to her fight, taking on Kimmy Love will be your biggest challenge so far in No More Heroes 3. With powerful attacks, the ability to control your camera and a bunch of hazards in the environment, you’ll need to keep your wits about you if you want to hold onto than health. If getting beaten Kimmy is getting you down, this guide is here to dust you off and get you to rank 7. 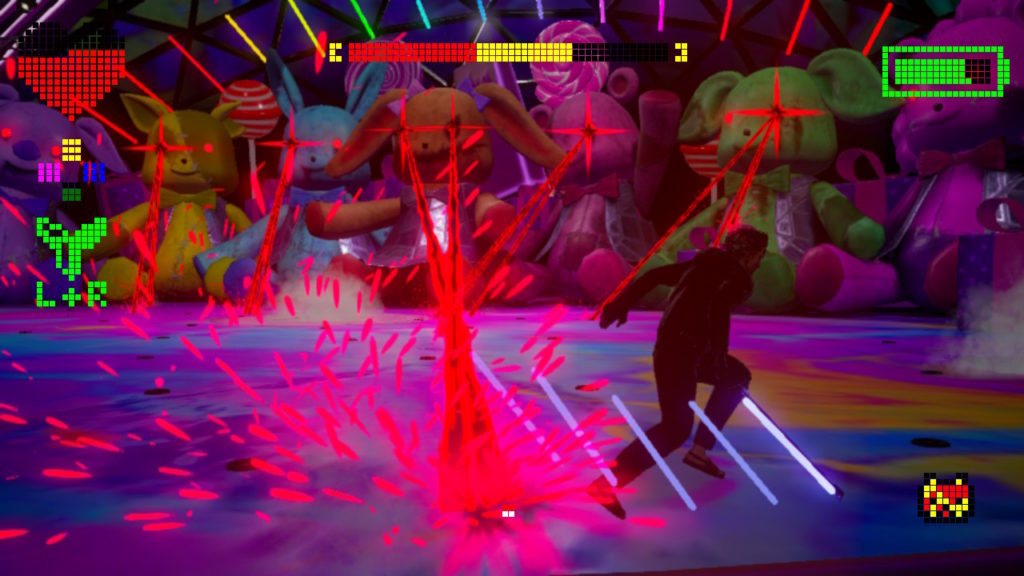 There aren’t a huge number of individual attacks you’ll have to deal with against Kimmy, but the environment will absolutely decimate you if you aren’t careful. Once you make it past the first health state, the stage will have lasers shooting from stuffed toys eyes to dodge and plumes of fire bursting from the floor. You’ll need to keep an eye on your surroundings just as much as Kimmy herself, with glowing spots on the floor showing where to avoid.

This lunging attack gives you just enough time to dodge by the time you see it. There isn’t a huge amount to say about this basic strike, but you’re save to get a few smacks in once you’ve rolled out the way.

You’ve dealt with plenty of three hit combos at this point, so just hang back and wait for hit 3 to roll out of the way. You’ll get chance to attack after, so just stay calm and counter when you can.

Kimmy’s flip attack sees her doing a somersault then swinging her sword in a wide arch. It’s actually easier to dodge if you roll through her, and then you’ll have plenty of time to attack or charge your sword for a few seconds. 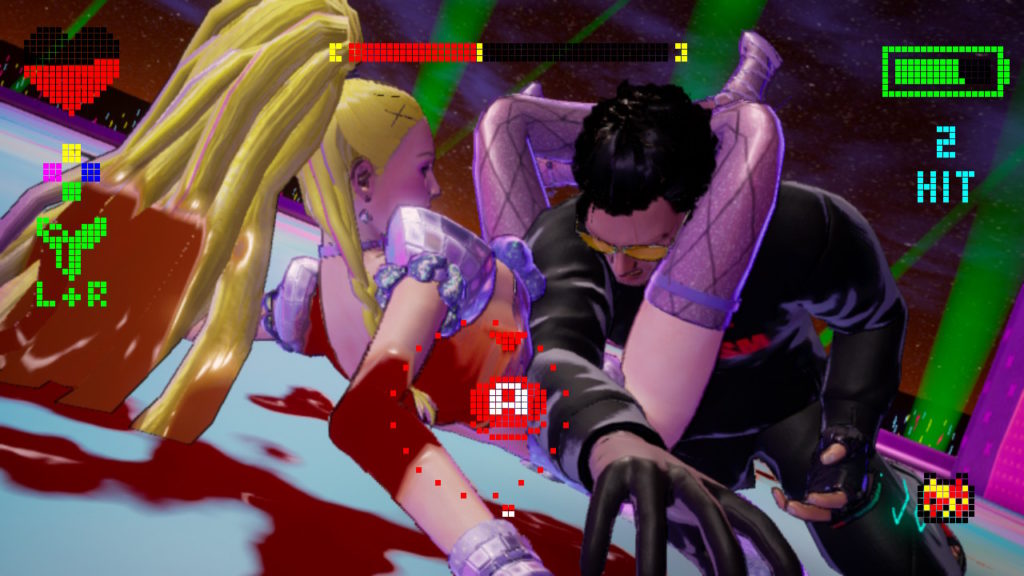 The further into the fight you get, the more Kimmy will try to grab you. It’s quite a tricky attack to avoid, but if you fail you can still escape if you tap A fast enough. It’s a surprisingly tough QTE to nail, but since you’ll always be pounding A you can start doing it early to ensure you escape.

Between health states, Kimmy vanishes and you’ll need to dodge a lot of teddy lasers. One follows you, while the others carve straight lines to make dodging it harder. You might need to hop over the stalking laser once before it stops, but if you do this too much you’ll go too slow and get blasted. Once you’ve survived laser time, Kimmy will appear from a hole in the ground and unleash a shockwave you need to hop over. 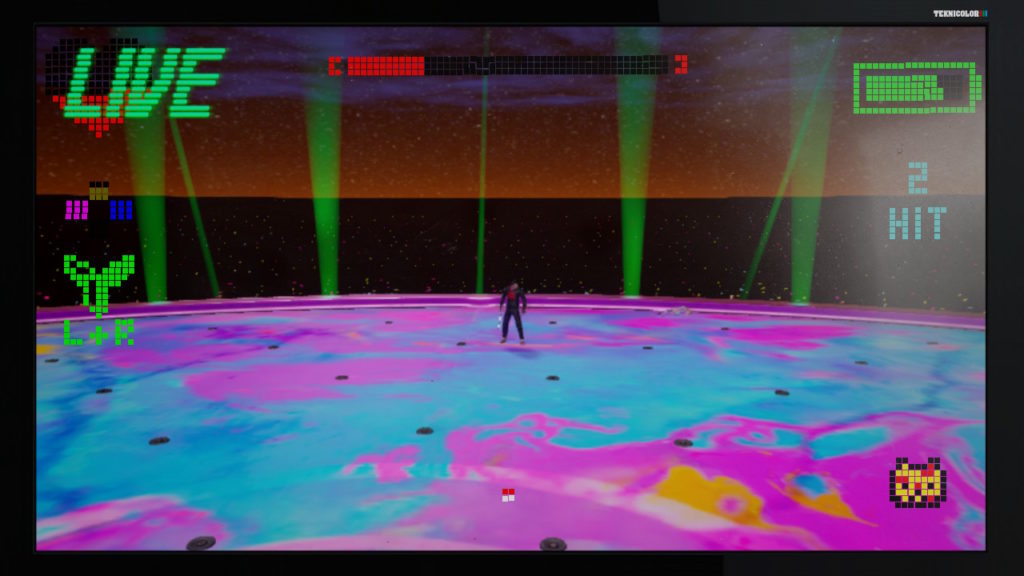 Kimmy’s final and most interesting move it the Drone Camera. When the screen flickers, your camera will be taken over by a drone and you’ll have a difficult time keeping track of incoming attacks and fire. You can.disable this by hitting the drone 3 times, and I’d recommend doing this asap in most circumstances. You don’t need to dispatch this pest to beat the fight though, so if Kimmy is close to death you might be better finishing her off.

Kimmy Love is one of the toughest bosses in No More Heroes 3. As such there’s no shame in powering through by using a lot of healing items. When the environment starts to cause you trouble, using Force Throw to keep Kimmy out of the way will let you focus on lasers and fire.

The special attack that’ll help you the most here is Time Slow. By slowing Kimmy to a crawl, you can just wail on her with attacks without needing to worry about taking damage. When Time Slow is recharging, your dropkick’s invincibility can save you in a pinch too.