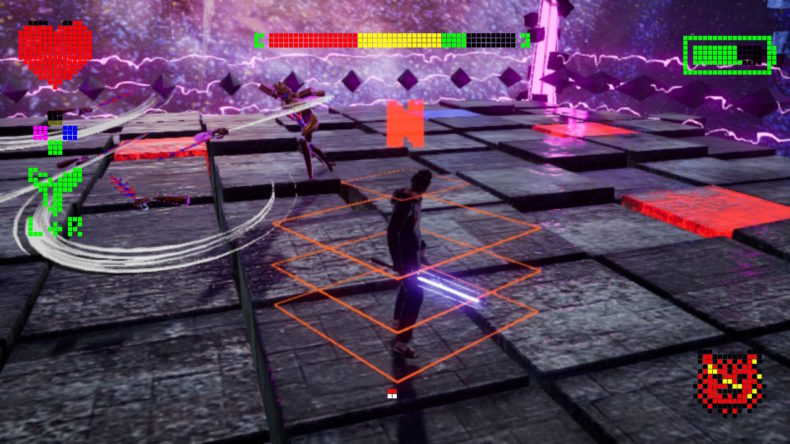 He may only be the second boss, but mining baddie Golden Joe is no cakewalk in No More Heroes 3. With four swords and magnetic powers on his side, it’s perfectly reasonable to get taken down by the Rank 9 bad guy. If you’re struggling with this pesky alien, this handy guide will help you keep climbing the Galactic Superhero Rankings. 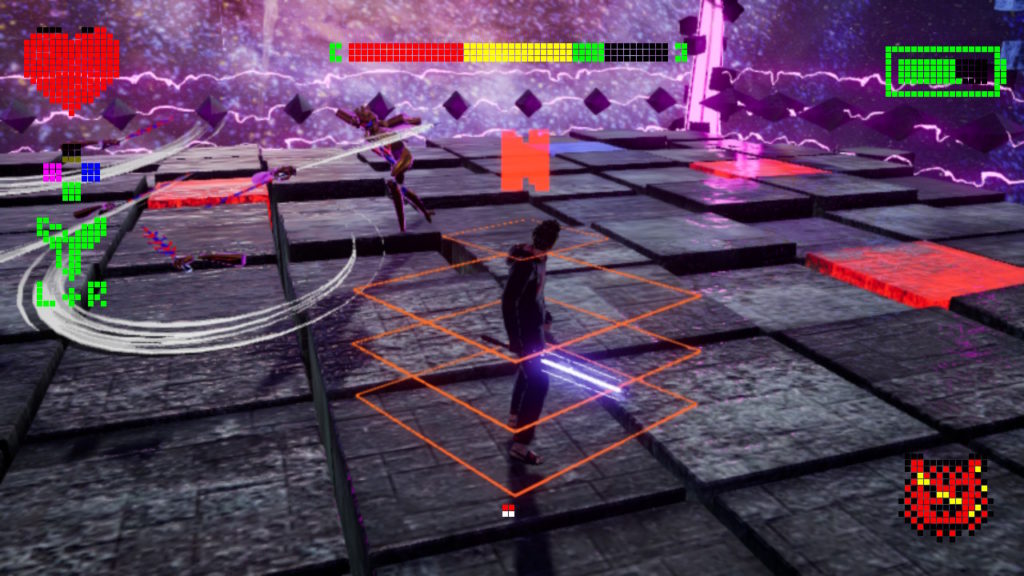 The first Golden Joe attack to be aware of in No More Heroes 3 is probably the simplest. Joe throws a couple of swords in front of him and they spin on the spot for a few seconds. This is probably the easiest of the bosses’ attacks to dodge, just make sure you don’t rush straight back in for an attack while the swords are still hovering.

A simple three-strike attack that is easy enough to dodge (he telegraphs it fairly early) but just as easy to lose some precious health to. The third strike is significantly longer than the first two, so dodging to the side is safer. You should be safe to land a few hits after the last attack. 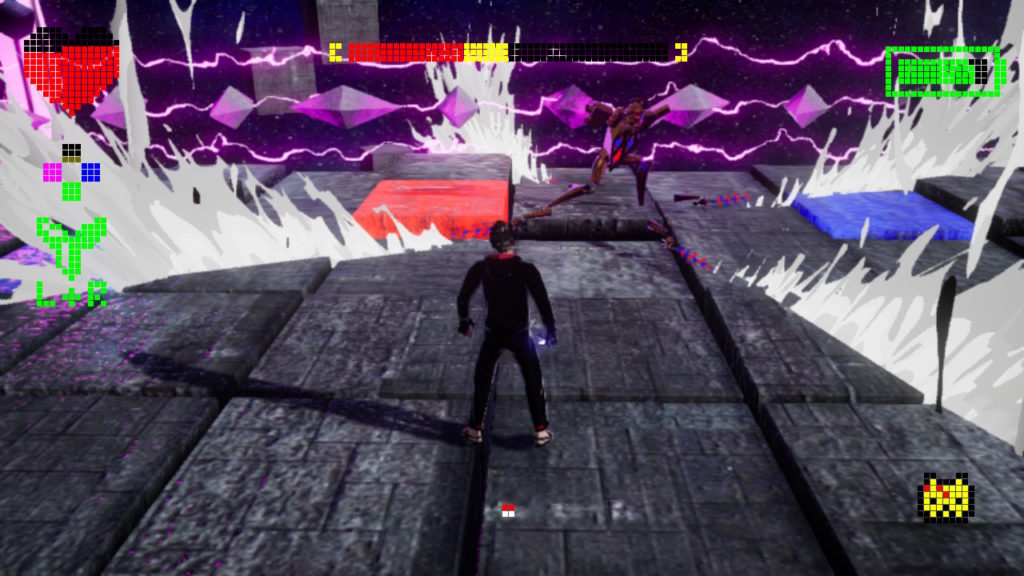 For this attack, Golden Joe stands still and slashes out in 4 directions in a cross shape. He then does it a second time in 4 more directions. As long as you know the second attack is coming, you should be able to stay safe and rush in for some attacks when he’s done. 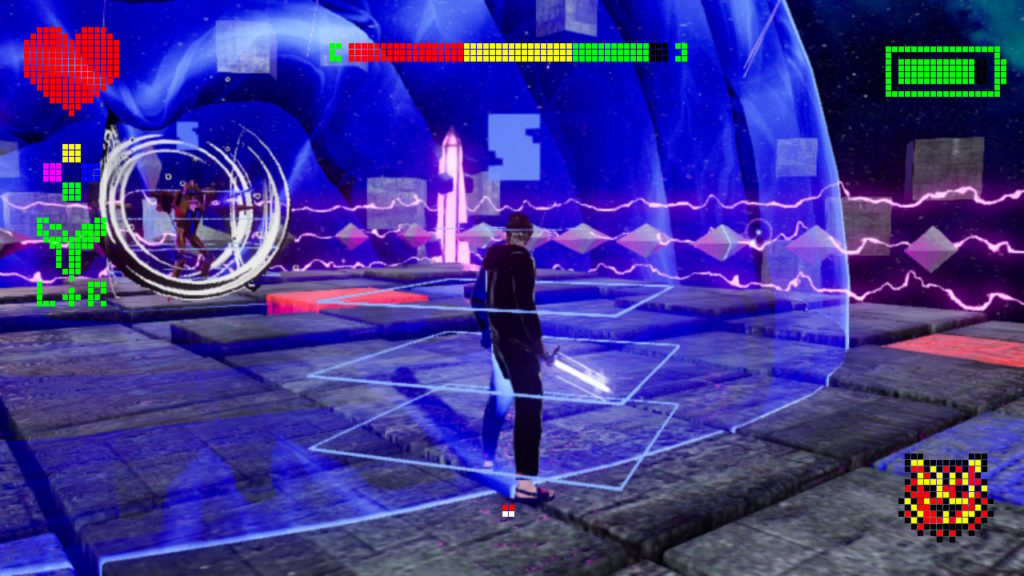 This is by far Joe’s most unique move, and once you know how to deal with it the easiest to cope with. He glows either red or blue, and will attempt to approach you while attacking in a mad whirlwind of blades. By changing Travis’ own magnetic polarity to the same colour as Joe’s using the red and blue squares on the floor, you can push the golden boy into the electric sides of the arena. This will deal significant damage while also knocking him to the ground. You won’t get a better opportunity to lay into him, so learning to counter this attack is key to victory.

Once you make it to the 2nd and 3rd sections of his health bar, Joe will begin sending attack drones across the arena in straight lines. In his second form, the drones will fly across in three lines covering about a third of the arena. In his final health state, the whole arena will get covered by drone attacks line by line. Retreat is the name of the game here, and a well-timed dodge roll between drone attacks will keep you safe. Don’t be discouraged if you get hit here, this is probably Joe’s trickiest ability.

In his final bar of health, Joe will add his Magnet Push attack to his arsenal. Once he starts glowing red or blue, you’ll need to quickly swap Travis to the opposite polarity to avoid being shoved repeatedly into electric walls for massive damage. If you swap in time you’ll be pulled straight to a vulnerable Joe. Then you can attack him with no risk of getting hurt yourself. Partway through he’ll sometimes change polarity and try to shove you again, so try and roll your way to another coloured square to stay safe.

Most of Golden Joe’s attacks aren’t too damaging, and it’s important not to talk flustered when you take a hit. The easiest way to deal damage and avoid incoming attacks is to use your Death Glove dropkick. When doing the dropkick you’ll be temporarily invulnerable and send Joe into the electric barriers for bonus damage.

Don’t worry too much about dealing damage after his basic attacks if you struggle with the small window of opportunity. His magnet attacks leave him much more vulnerable so you can just focus on attacking then if need be.