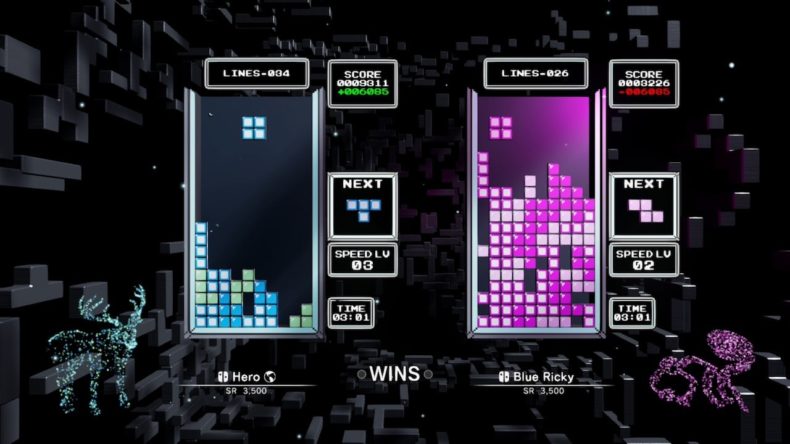 As part of the Indie World showcase, we found out that Tetris Effect: Connected is coming to Switch later this year. The beloved Tetris game is coming on the same day as the new Switch OLED, so if you’re looking for something new to play alongside your shiny new hardware then Tetris has you covered.

“Enhance and The Tetris Company, Inc. announced today that Tetris® Effect: Connected will release for Nintendo Switch on October 8, 2021, the launch day of the new Switch (OLED model) hardware, and at a special 25% off discount for its first two weeks on sale; the game has been thoroughly adapted and optimized for the Switch system, retaining all of its audio-visual splendor whether played in TV, Tabletop, or Handheld mode, and including all 30+ stages and 10+ modes of the single-player game, plus full cooperative or competitive cross-platform multiplayer (Nintendo Switch Online membership required) with all other versions of the game that are launching or updating on August 18th: PS4, Xbox, Microsoft Store PC, Steam, Epic Games Store and Oculus Quest.

The winner of over 80 awards, including overall Game of the Year and dozens of nods for its entrancing visuals and eclectic soundtrack, Tetris Effect: Connected’s Switch version allows players access to the hypnotic experience anytime — single- or multiplayer, either online over Wifi or locally on the same screen with up to four Joy-Con controllers. It should also prove an excellent showcase title for the larger, more vibrant screen of the OLED model, as well as its improved speakers.”

If you played Tetris Effect originally but skipped out on Connected, there’s some great new content to enjoy that will all be present on Switch. Perhaps the highlight of this is the Multiplayer, which is definitely worth playing.

” The new multiplayer expansion joins the 10-plus single-player modes already included in the original Tetris Effect. This is Tetris like you’ve never seen it, or heard it, or felt it before—an incredibly addictive, unique, and breathtakingly gorgeous reinvention of one of the most popular puzzle games of all time, from the people who brought you the award-winning Rez Infinite and legendary puzzle game Lumines. Music, backgrounds, sounds, special effects—everything, down to the Tetriminos themselves, pulse, dance, shimmer, and explode in perfect sync with how you’re playing, making all of the game’s 30+ stages something you’ll want to experience over and over again.”