previous
MultiVersus announced by Warner Bros. Games
random
next
The 5 biggest changes coming to Star Wars: The Old Republic in Legacy of the Sith
0 comments

First expansion for Risk of Rain 2, Survivors of the Void, coming 2022 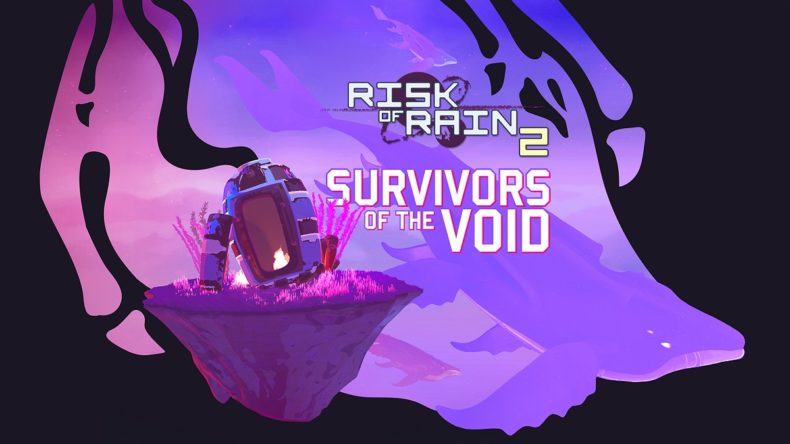 Survivors of the Void, the first expansion for Risk of Rain 2 has been announced and will be coming to the game in quarter 1 of 2022. It is currently available to wishlist on Steam, with console availability being announced soon. To coincide with the announcement, Hopoo Games and Gearbox Publishing have released Dev Thoughts #23 as a blog and video (which can be watched below).

The official synopsis for Survivors of the Void is as follows:

The Void is the home dimension of dark creatures. Their power has grown for countless millennia as their hordes of items, weapons, and powerful beings expanded. Cloaked in the aegis of the Void Dimension, their strength is unchecked. As they grow, they are united through the vision of the Harbinger.

The door to their world has opened and the power of The Void has been unleashed. Empower two new survivors with Void Items and bring the fight to the crabs!

There’s a range of new content coming with the first expansion for Risk of Rain 2, too. This includes:

“All of the new content we try to design for RoR2 is intended to be multiplicative of what’s in the game currently – that way there is as much variety as possible each time you play the game,” said Paul Morse and Duncan Drummond, co-founders of Hopoo Games. “The new items and survivors, alongside the new Void Item System, will empower players to take content they chase after in a run, and enhance it – or even change it completely. Players will discover a lot of cool new combinations that weren’t possible prior to the DLC.”

News, Trailers
hopoo gamesrisk of rain 2Survivors of the Void

Video games are cool. Don't let anybody tell you any different.
MORE LIKE THIS
hopoo gamesrisk of rain 2

The amazing Risk of Rain gets a surprise Nintendo Switch release, out now

Risk of Rain 2 gets a new teaser trailer, will be playable at PAX West

Deadbolt OST from Risk of Rain composer is coming to vinyl in the summer.