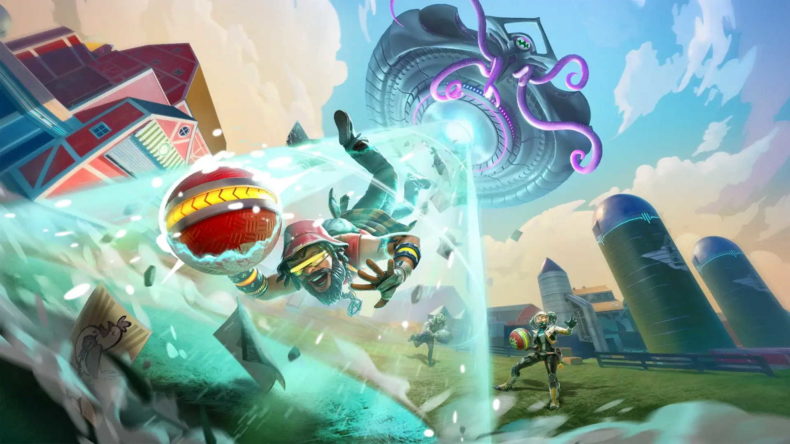 Knockout City season 4 looks set to continue the trend of the game going from strength to strength, introducing a new map, new events, playlists, and another new brawl pass.

The new map is the Alien Smash Site, which is a place there are downed UFOs. With this comes a new mechanic that lets brawlers jump onto floating saucers and hover across open pits, moving at high speeds without losing ball-charge.

Over the coming months there will also be four new two-week events that have entirely new games, each with exclusive rewards, too. You can also have a UFO as a crew vehicle, a new energy drink is unveiled, and another season pass for Knockout City season 4 with 100 new levels to work through.

Over on the official PlayStation Blog, Zack Hiwiller, lead designer at Velan Studios, had plenty to say about trying new things.

One of the benefits of developing a live service game like Knockout City is that you can constantly try new things. If these things work for players, you build on them. If not, you try something else. The cycles can be really rapid. We want to constantly update game content and keep each experience fresh; we packed Season 3 with events, and you can expect more where that came from in Season 4. We have four two-week events planned for a twelve-week season which starts with our Conflict Escalation Playlist on December 7 and ends, as always, with a week of Midnight Madness at the end of February.

We also had a chance to speak to Velan Studios back in July this year, where the team revealed that “We knew that if they got their hands on it, they’d love it” and that “…now it’s our job to keep it fresh and unique each season, and surprise players. The team is working really hard to work on features that the community’s requesting, and respond to improvements, but also surprise with new maps, new ball types, new playlists, and that sort of thing, so hopefully we keep that going.”

Knockout City is available now for all formats.