previous
What is a game server?
random
next
WWE 2K22 is looking like a step in the right direction | hands-off preview
0 comments 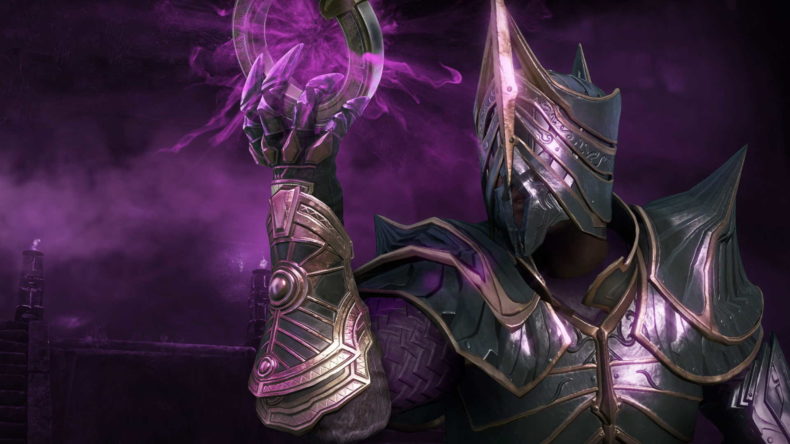 New World has been an interesting game to play and study, and as the Into the Void 1.1 update is released at 5pm today, there will be four hours of downtime to prepare for it.

Myself and Chris Hyde have been rabbiting on about it for weeks now on our weekly podcast, and while the grind doesn’t bother us, it’s been fascinating to see how the developer has dealt with all manner of issues so far. There’s been coin scammers, problems with server transfers, and all sorts, but I’ve been enjoying it a great deal.

Anyway, this new 1.1 update is called New World “Into the Void”. It’s bringing some things from the public test realm (PTR) into the main game. There’s a new Void Gauntlet weapon. This lets you use the powers of the void to support allies and slow down enemies. It’s a magical DPS/support hybrid, and I know a guy who’s going to love that,.

There’s also new enemies in the form of the Varangian Knights and just a massive amount of changes. In fact, so big is the list, I’m just going to link you to the original list on the official site, here.

That said, there’s new PvP faction missions, updates to several quests. There’s consumable fixes, gear perk changes, navigation updates. If you’re a War Hammer or Life Staff user you’ll want to check out the changes made there as well. The Hatchet and Great Axe have also been given some updates, though it doesn’t seem the Axe is getting the nerf people seem to want.

Basically this is a huge change to the game. Almost every facet has been touched upon in some way or another.