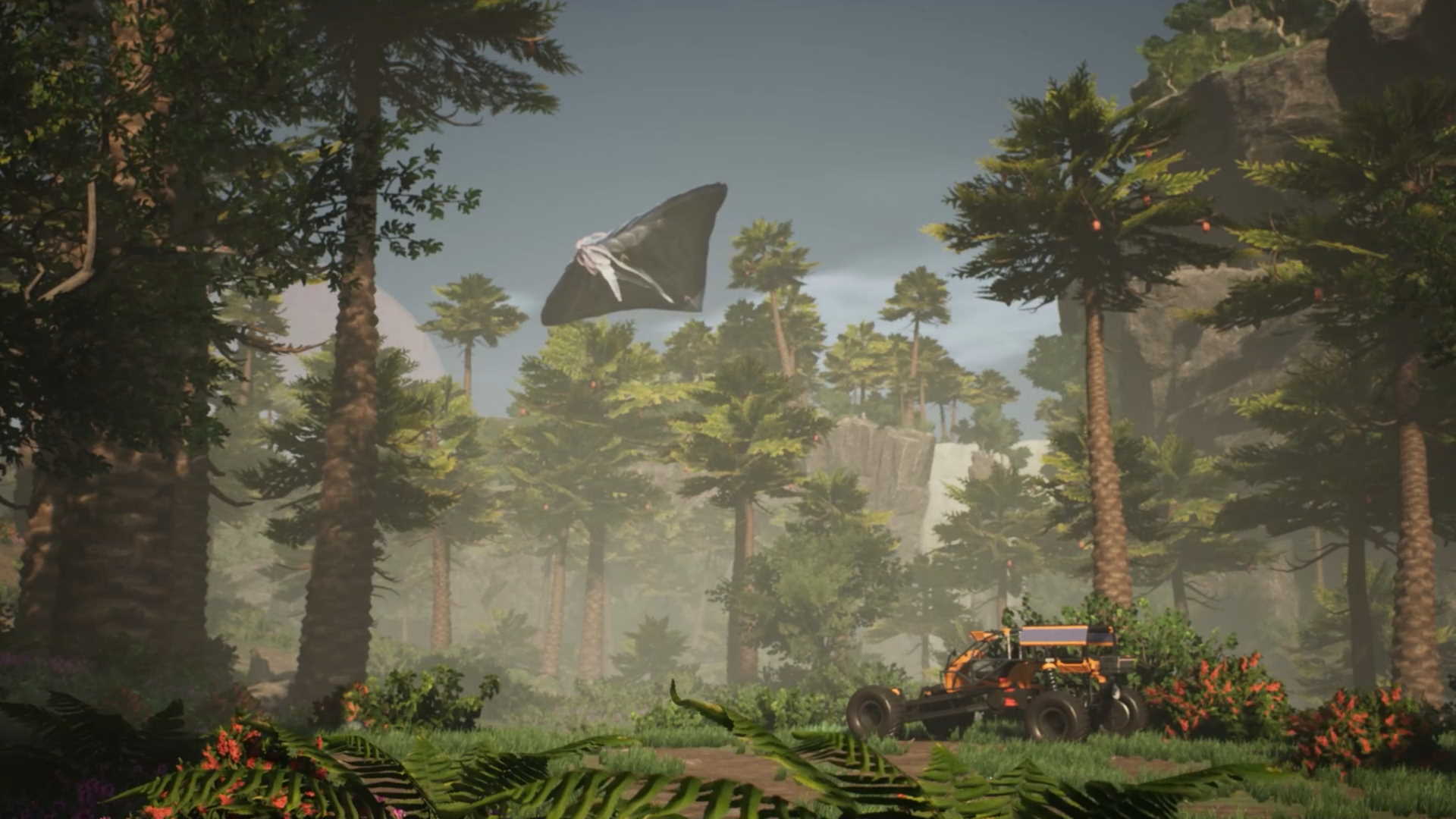 Satisfactory update 5 has been released into early access, and brings with it a load of new features, some changes, and another reason to start a fresh save.

If you played Goat Simulator way back when, you might be shocked that Satisfactory is the game that the developer followed it with. You may have heard myself and Chris Hyde bang on about Satisfactory well before update 5 came out on our podcast, but every time a massive update like this comes out, it’s makes me want to start afresh with a new save game.

What’s in the new update?

With this update you can now put signs up on adjustable poles, or fix them to buildings and storage containers. In other words you could label a storage container so if you’ve got loads of them, you’ll never forget what’s inside them. Also of major note in Satisfactory update 5 is dedicated server support. This means you can create a saved multiplayer world and play in that world when the “host” isn’t present. This is a massive deal as previously the owner of the save game had to be around for anyone to play. You can hear a lot more about the state of dedicated servers in the video below.

The Customizer is a brand new tool available in Satisfactory Update 5, giving players the freedom to give their factories their own flair. Available at Tier 2 as a part of the Build Gun, players can change the appearance of the main cosmetic fixtures within their factory like Walls, Roofs, Foundations and Ramps. Players can experiment by choosing from a variety of 58 prints available within this tool. On top of that, The Customizer incorporates the capabilities of the existing Color Gun. That said, it no longer requires a Color Cartridge to use.

Automated vehicle pathing has been upgraded, with the introduction of obstacle avoidance, incorporating upcoming waypoints into the path towards a destination and the new “FICSIT automated vehicle hologram safety-mode”. This assists in getting lost vehicles back on track. This update brings improved visuals when looking from a distance. Also, pathing is able to be saved, replicated and shared across vehicles. The Truck Station has seen a remodel, with an added input and output slot and improved UI.

With the addition of train collision mechanics, Update 5 makes signals available to unlock at Tier 6. This pivotal technology for shared track setups enables players to manage traffic and ensure efficiency with the implementation of Block and Path Signals, which feature colour-coded segments on the track to allow players to build signals more intuitively.

Block Signals can be placed to create sections of track that a single train can occupy at once. Path Signals reserve specific paths through a section allowing for more efficient, collision-free intersections. Players will need to place multiple signals as best as possible to avoid crashes and deadlocks. In addition, the Train Locomotive and Train Station UI has been improved. This allows for greater time management and delivering overviews of all the Trains, Stations and routes in the world.

Lastly the whole of the Northern Forest has had an appearance rework. Cosmetic structures, adjustments, and quality of life improvements have all been applied to the building system as well.

Satisfactory is available in early access now on PC via Steam or the Epic Games Store.