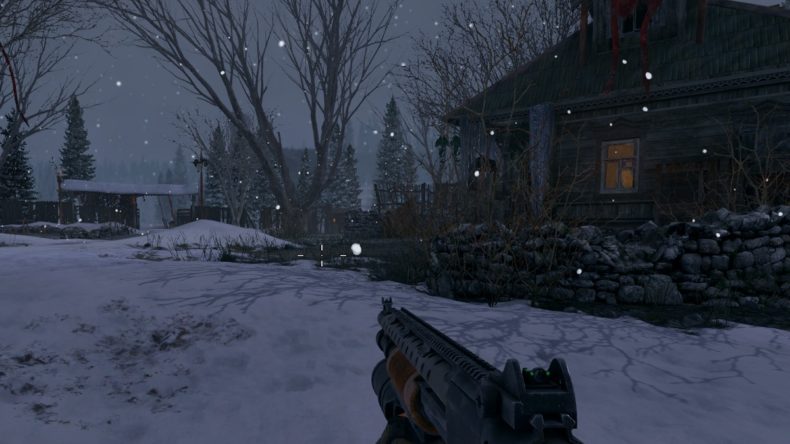 There’re plenty of gadgets in Serious Sam: Siberian Mayhem that are well were hunting down. The Siberian Mayhem Hoverboard Scooter is perhaps the coolest. Taking a slight detour is well worth doing, especially as you’ll blast aliens and speed across the freezing landscape in style. Below is a step-by-step guide on how to find it. 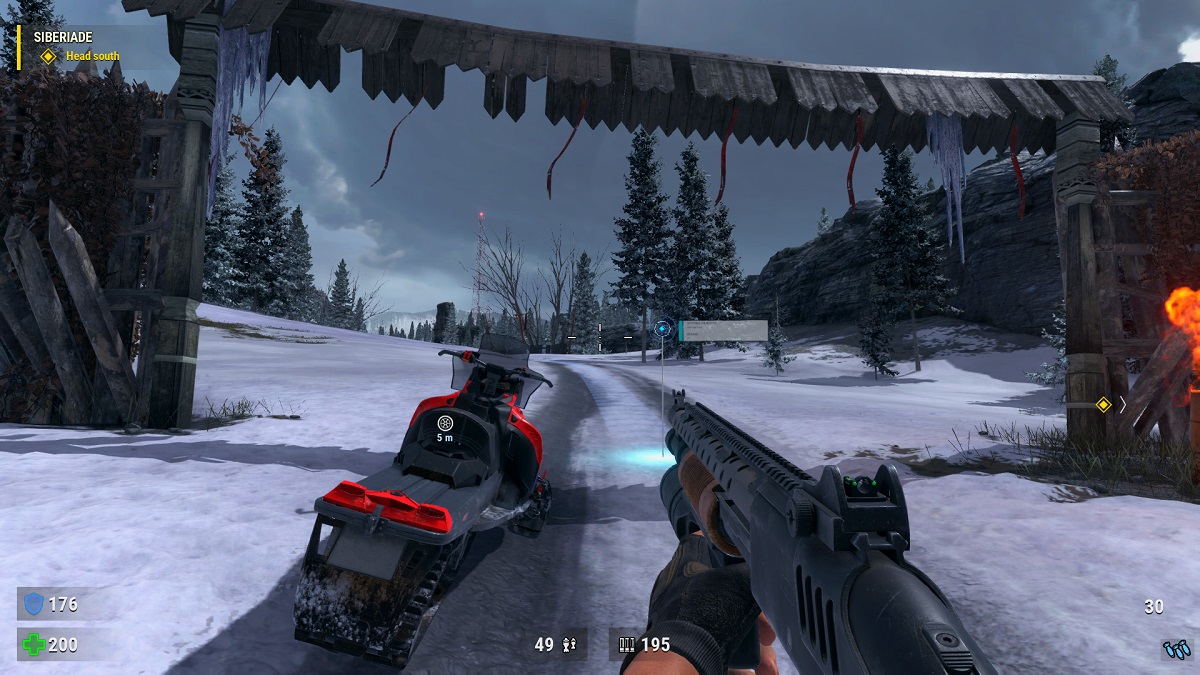 Once you’ve cleared out the barracks from with the pipe puzzle, drive through the opposite entrance you can in and turn follow the path. Turn left and you’ll see a sign for a Hunting Ranch. A side quest called ‘Hide and Seek’ is on offer, with the reward stated as ‘????.’ Head down the path until you come across a small ranch with buffalo skulls and other weird stuff. A cut scene will trigger where you talk to a girl through a door. She’ll ask you to get her belongs back. Once done, hop back on your snowmobile and head across the ranch to a door that has limited access. Get off your vehicle and head through on foot.

Who you gonna call?

The next bit is relatively simple in theory, but there’re tons of enemies. Keep slaughtering them in style and keep going. Once you’ve gone as far as you can, there’s a small pier. Head onto the ice where the blue marker is and collect the girl’s belongings. Once you’ve picked them up, a black circle of smoke surrounds the frozen lake. Once again, it’s time to fight more weird and wonderful creatures. These enemies come in three waves. There’re are the dudes who fire flames at you, vampiric ghouls who fly at you and do serious damage, and those damn skeletal stags. The final wave will feature flying vampires that appear in the air. They will then turn into a path of smoke and purple light. Dodge them as they head towards you and fire at them the moment they materialise. 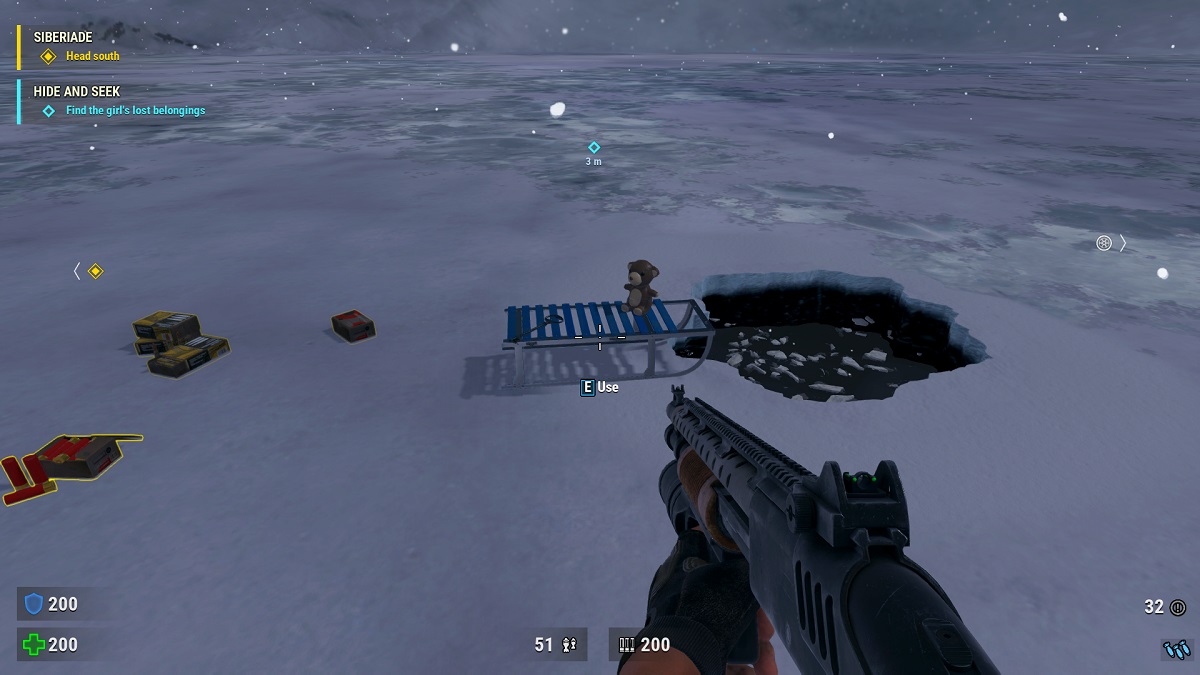 Once you’ve defeated all the enemies, the smoke dissipates. Head back to the girl and take out the remaining monsters. Another cutscene kicks in where the girl is actually a blue ball of light. She’ll point to a crate. Inside the crate? You guessed it, the Hoverboard Scooter. While it doesn’t last forever, it’ll get you around pretty sharpish. It also has two railguns on the front, so you can do more than enough damage. Of course it recharges, so you won’t have to go too long without it.

Video games are cool. Don't let anybody tell you any different.
MORE LIKE THIS
GuideGuidesserious sam 4Serious Sam Siberian Mayhem